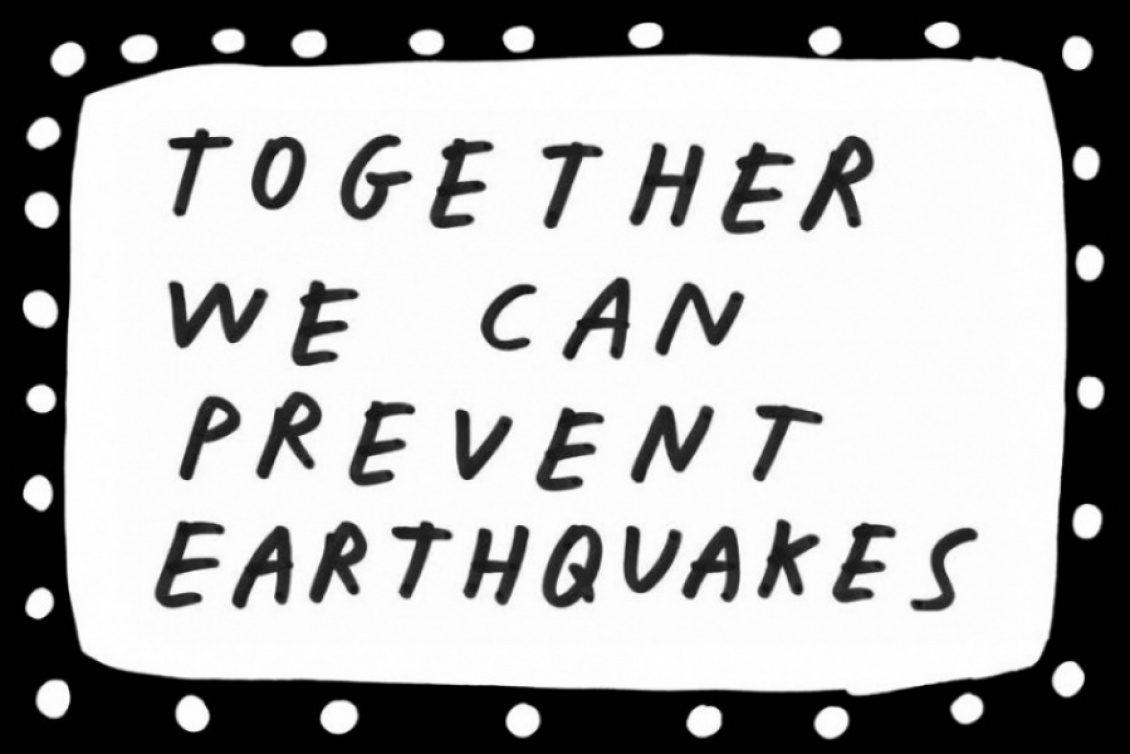 “Together we can prevent earthquakes” by Tucker Nichols.  Copyright (c) 2015 by the artist.

It is deeply troubling that governments directly subsidize our wealthiest corporations, the oil companies. It is more shocking still that indirect subsidies raise the amount to trillions of dollars.

A post for Politicus USA, titled “Report Shows that Oil Industry Benefits from $5.3 Trillion in Subsidies Annually,” describes “a new and disturbing report” from the International Monetary Fund (IMF) that discloses that “the world’s governments are providing subsidies to the highly profitable oil industry to the tune of an astonishing $5.3 trillion in benefits per year.” The report continues:

Another way of looking at just how much the world pays the oil industry that bears responsibility for decimating the Earth’s environment; imagine they receive $10 million per minute. That is $10 million every minute, every day, of every month, of every year. Those mind-boggling entitlements have grown over the past couple of decades and are increasing every year.

The subsidies include the hidden health and environmental costs of fossil fuels (such as earthquakes, caused by fracking), often called “externalities.”  If fossil fuel companies had to pay the full cost of their production, one wonders whether they could compete with solar energy. The article goes on:

Actually, it is the effects of pouring billions of tons of climate changing greenhouse gases into the atmosphere that accounts for nearly three-quarters of the final $5.3 trillion annual figure arrived at by IMF researchers. According to a statement from Benedict Clements representing the IMF’s fiscal affairs department; “While the large size of our new estimates may be surprising, it is important to put in perspective just how many health problems are linked to energy consumption and air quality.” According to conservative estimates of the World Health Organization (WHO), “One in eight global deaths are attributable just to air pollution.” Obviously it does not included the deaths from drought-related food shortages, lack of water, extreme and deadly weather events, or any of the other consequences of anthropogenic global climate change caused by burning fossil fuels. The WHO strongly suggests that even beyond the global climate benefits of the entire world working in concert to eliminate the highly-profitable oil industry’s entitlements, any one nation’s efforts to keep fossil fuels in the ground and out of the atmosphere “will carry very significant health and economic benefits at the local level.”

The IMF’s report revealed that ending oil industry entitlements would cut by half the number of deaths attributed to outdoor air pollution alone and save about 1.6 million human lives each year. Besides, the level of money being paid to the oil industry for nothing would be better spent on healthcare, education, and infrastructure improvements and relieve the crushing poverty plaguing third world nations like America and drive robust economic growth. Part of that spending naturally includes investing in more cost-effective and money-saving projects like clean and renewable energy and research and development of more energy-efficient uses for oil and gas.