Seizing an Alternative Section III: Alienation from Nature: How It Arose

In the modern world, nature is something “out there” – separate from us, and what we’re not. But alienation from nature is not built into the structure of reality and not a given.

Nancy R. Howell is Professor of Theology and Philosophy of Religion at Saint Paul School of Theology in Kansas City, Missouri. She earned a Th.M. and M.Div. at the Southeastern Baptist Theological Seminary and a Ph.D. and M.A. at Claremont Graduate School. Howell is Associate Editor of the Encyclopedia of Science and Religion and author of A Feminist Cosmology: Ecology, Solidarity, and Metaphysics. Her research and teaching explore the intersections of ethology, genetics, evolution, ecology, and theology with attention to the social location of the worldviews shaping the fields. She is a founding member of the prestigious International Society for Science and Religion. A long-standing supporter of professional societies dedicated to science and religion research, Howell served on the academic board of the Metanexus Institute and is a member of the Center for Theology and the Natural Sciences and the Institute on Religion in an Age of Science. She is a steering committee member for the Kansas City Religion and Science Dialogue Project and Vice President of the Highlands Institute for American Religious and Philosophical Thought—both projects are recipients of Local Societies Initiative grants for programming in science and religion.

Lecture Title:
Have You Ever Wondered What It’s Like to Be a Mouse?

Gene R. Wallace, PsyD served as a parish priest in the Episcopal Diocese of Los Angeles for thirty years. He earned an MA in Historical Theology at Episcopal Divinity School, Cambridge, Massachusetts, and a doctorate in Clinical Psychology at California Graduate Institute, Los Angeles, California. In retirement, he is actively involved in the work and vision of the Center for Process Studies at Claremont School of Theology, Claremont, California.

“The misconception which has haunted philosophic literature throughout the centuries is the notion of ‘independent existence.’ There is no such mode of existence; every entity is to be understood in terms of the way it is interwoven with the rest of the universe.”
– Alfred North Whitehead 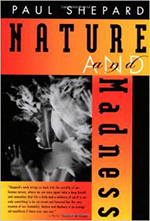 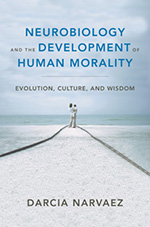 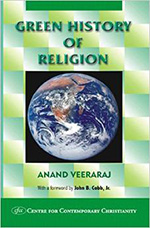 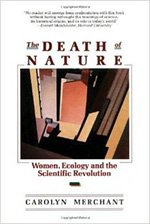 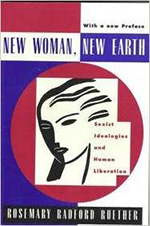 One of the strangest assumptions civilized humans make about nature is that we are somehow above it all.

We may admit that we are situated in the natural world, but still think more readily of the world as something to be used to achieve human goals than something of which we are really a part. Our disastrous treatment of our natural environment expresses a profound alienation from it.

Human beings have been alienated from nature for a long time. Hence a response that deals only with recent developments will not suffice. Still, alienation from nature is not built into human beings as such. For hundreds of thousands of years human differences from other species did not lead people to think of themselves as separate from nature. That sense of separateness seems to have developed with agriculture and the building of cities. Civilization is also citification.

Civilization led to almost complete alienation decisively through the European Enlightenment of the seventeenth century and its products: modern technology and the industrial revolution. Rene Descartes, who developed the Enlightenment vision most profoundly and influentially, is known especially for his radical dualism of the human soul, on one side, and mere matter in motion on the other. Animals and plants wound up being on the mere-matter-in-motion side of the equation.

Although the Enlightenment carried the alienation from nature to its extreme, it had other, more positive, effects. It encouraged critical thought about inherited habits and ideas and gave dignity to human beings. It supported the ideas of human rights and even of a fundamental equality of all human beings. In our desire to overcome our destructive relationship to the rest of the nature, we must be careful not to lose what we have gained.

In the nineteenth century, however, Charles Darwin showed that human beings are a product of biological evolution, so that they are fully part of nature. This opened the door to re-thinking nature as having some of the properties Descartes attributed only to the human soul. Alfred North Whitehead’s philosophy and the “Seizing an Alternative” conference assume this response to the new understanding of how human beings came into being.

However, in making this move, we are working against the now dominant vision of our universities and our culture generally. The commitment of the sciences to methods associated with nature’s purely objective existence (without a subjectivity of its own) was very strong. Instead of changing this approach to the rest of the natural world, scientists chose to study humans in the way they had previously studied the objects of human experience – as very complex machines. Where Descartes had objectified nature, post-Darwin human beings became objectified too.

Of course, the earlier decision to study nature as if it were purely objective and mechanical had proved very fruitful. The application of this method to the study of human beings has also proved fruitful.

Sadly, however, the fruitful decision about scientific method ended up shaping how we viewed of the reality of what was studied. This had occurred previously with Cartesian “nature.” It was thought not only to be profitably studied in terms of its objective and mechanistic aspects, but also, in its own reality, to be exhausted by these. To describe nature mechanistically was to say all that needed to be said. Similarly, the new implications of including human beings as objects of this kind of scientific study included the view that the full truth about human beings was limited to what could be studied in this objective way.

The result is that higher education now encourages people to think that human purposes, feelings, and actions really play no role in the world. They are, at most, side effects of the real physical and objective causes. There is no place for values in serious thinking.

Thus, Enlightenment dualism was replaced in late modernity by reductionist monism. The Enlightenment led people to understand themselves as responsible citizens. The new reductionistic monism supported the industrial system that represents us as cogs in the wheel of the economic system.

Millennia of alienation from nature have had profound psychological effects, largely harmful. Some of these actually reflect changes in our brains. If we are to be healed from these wounds, we have much work to do.

At issue for an ecological civilization, then, are different fundamental ideas about the nature of the world we inhabit. It’s the difference, as Alfred North Whitehead put it, between “nature lifeless” and “nature alive.” If we deeply understand nature as a whole to be alive much as we experience ourselves as alive, we will richly experience our kinship with other living things, especially other animals. Perhaps, then, we can begin the healing process.
By John B. Cobb, Jr