Track 4: What Effects Has Civilization, Especially in Its Current Form, Had on the Human Psyche?

Section III: Alienation from Nature: How It Arose »

Track 4: What Effects Has Civilization, Especially in Its Current Form, Had on the Human Psyche?

Alienation from nature has led to thoughtless destruction of the environment. It has also damaged human health. Studies of indigenous people have shown that their upbringing and cultural practices nurture a psychological wholeness to which moderns can only aspire. This suggests both that an ecological culture may require psychological healing and that it may be essential to real psychological health. This track plans to offer CEUs to licensed mental health professions who are licensed by the California Board of Behavioral Sciences; we also will be applying for approval by the American Psychological Association. Details will be available shortly.

Director of the Center for Creative Transformation

In considering where I have arrived today, one of the most important educational transformations for me was stumbling upon science fiction when I was about 12. In that era (1955 or so), SF was all about traveling the universe; hard SF, it is called today. What it meant for me was to feel a part of something beyond huge, an out there that seeped into the world I lived on. The scale of everything changed radically as did the range of future possibilities. More than anything else, this prepared me to be open to Whitehead’s process philosophy when the time came.

I also was fortunate that neither of my parents were terribly doctrinaire about religion nor about science. This allowed me to appreciate both without even the tiniest of concerns about whether they were in conflict with each other. This spectrum of interests continued through college, though I did come to meet those who were vigorously opposed to one field or the other. My advisor and good friend, a man of science from the Lutheran territory of Minnesota, said he kept the domains totally separate in his mind. Not for me, I thought. I bought and read Teilhard de Chardin’s The Phenomenon of Man while in college, and was captivated by the poetic blend of science and mysticism. Here was a man of deep faith and someone also working hands-on in science (physical anthropology).

There have been several important transformations of my sense of reality over the years. Science Fiction was one. College covered several: In my freshman year, reading a new book each week, I felt the truth of empirically-based determinism, of the black hole of meaninglessness of existentialism, the beastly potential in a child’s colony with no tempering adults. In seminary-graduate school, after taking several courses from John Cobb, I finally crossed the invisible yet powerful force field around Whitehead’s process thought, sending out messages of integration with psychotherapy, seeking the Initial Aim. I also sought salvation through training at the LA Gestalt Therapy Institute (I fell quite short).

Now, after 40 years as a theologically trained psychotherapist, I have been honing in on the integrative work I’ve wanted to do for decades, to bring together neuroscience and the human mind for healing purposes, using the guidance of Whitehead. What I was not prepared for was the most recent transformation resulting from the encounter of the work being done by Darcia Narvaez and her colleagues, creating Developmental Evolutionary Psychology. Suddenly, so many of the issues and problems we have and that we make for ourselves appear to have their roots in what we do and don’t do with the first three years of children’s lives, the worst of which is the violence we perpetrate against each other and the natural world. Even so, I am strongly encouraged that we can figure out ways to move forward, away from the whirlpool of destruction we can feel pulling and tugging on us even now.

My father was raised Roman Catholic but he was not a regular churchgoer (he did miss the Latin Mass, however). My mother’s family were members of the Congregational denomination (Pilgrims) but Methodists and Presbyterians were okay, too. 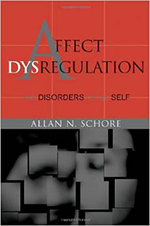 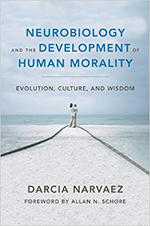 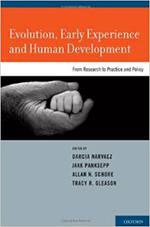 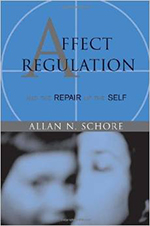 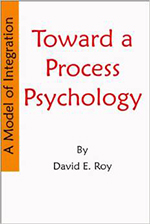