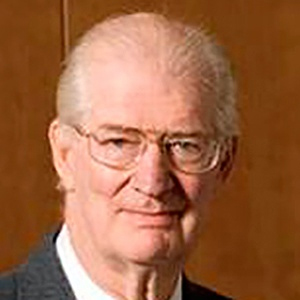 Note:  This special plenary address has been previously recorded as a moderated discussion conducted by Public Radio International host Warren Olney, with Herman Daly joined by John B. Cobb, Jr.

“[If] economics is a religion, Herman Daly is its arch-heretic,” according to a profile on Grist, “a member of the high priesthood turned renegade.” The bio for such a heretic reads like this:

Herman E. Daly is Emeritus Professor at the University of Maryland, School of Public Policy. From 1988 to 1994 he was Senior Economist in the Environment Department of the World Bank. Prior to 1988 he was Alumni Professor of Economics at Louisiana State University, where he taught economics for twenty years. He holds a B.A. from Rice University and a Ph.D. from Vanderbilt University. He has served as Ford Foundation Visiting Professor at the University of Ceará (Brazil), as a Research Associate at Yale University, as a Visiting Fellow at the Australian National University, and as a Senior Fulbright Lecturer in Brazil. He has served on the boards of directors of numerous environmental organizations, and was co-founder and associate editor of the journal Ecological Economics. His interest in economic development, population, resources, and environment has resulted in over a hundred articles in professional journals and anthologies, as well as numerous books, including Toward a Steady-State Economy (1973); Steady-State Economics (1977; 1991); Valuing the Earth (1993); Beyond Growth (1996); Ecological Economics and the Ecology of Economics (1999); Ecological Economics: Theory and Applications (with J. Farley, 2003, 2011); Ecological Economics and Sustainable Development (2007); and From Uneconomic Growth to a Steady-State Economy (2014).

He is co-author with theologian John B. Cobb, Jr. of For the Common Good (1989;1994) which received the 1991 Grawemeyer Award for Ideas for Improving World Order. In 1996 he received Sweden’s Honorary Right Livelihood Award, and the Heineken Prize for Environmental Science awarded by the Royal Netherlands Academy of Arts and Sciences. In 1999 he was awarded the Sophie Prize (Norway) for contributions in the area of Environment and Development; in 2001 the Leontief Prize for contributions to economic thought, and in 2002 the Medal of the Presidency of the Italian Republic for his work in steady-state economics. In 2010 the National Council for Science and the Environment (USA) gave him its Lifetime Achievement Award. In 2014 he received the Blue Planet Prize awarded by the Asahi Glass Foundation of Japan.

Published
Economics for a Full World

“We are running this planet like a business in liquidation.”
– Herman E. Daly 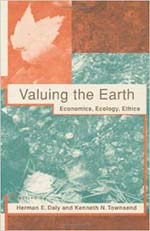 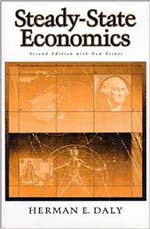 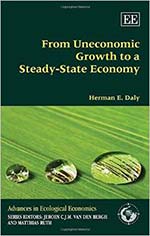 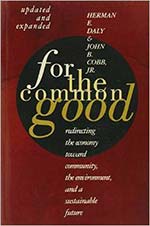 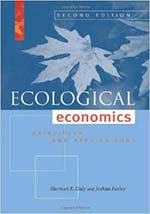 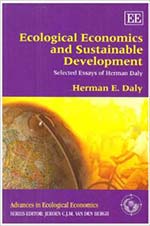 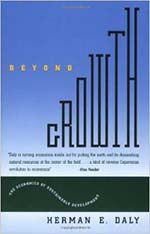 Herman Daly will critique the dominant economics that has played so large a role in leading us toward catastrophe. He will speak on the ecological economics that he outlined decades ago and has been developing ever since.