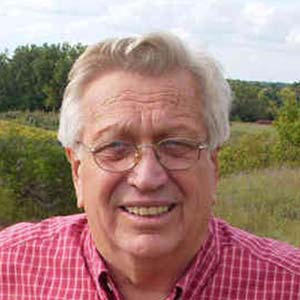 After earning a BA in biology from Kansas Wesleyan University, an MA in botany from the University of Kansas, and a PhD in genetics from North Carolina State University, Jackson established and served as chair of one of the United States’ first environmental studies programs at California State University, Sacramento.

Jackson then chose to leave academia, returning to his native Kansas, where he founded a non-profit organization, The Land Institute, in 1976. He still heads the Institute, which describes its main goal as the development of “Natural Systems Agriculture,” including perennial grains, perennial polycultures, and intercropping. The Land Institute also publishes The Land Report, a newsletter about American sustainable agriculture and agrarianism.

Jackson is the author of several books including Becoming Native to This Place (1994), Altars of Unhewn Stone (1987), and New Roots for Agriculture (1980).

The work of the Land Institute has been featured extensively in the popular media, including The Atlantic Monthly, Audubon, “The MacNeil-Lehrer News Hour.” and NPR’s “All Things Considered.” Life magazine named Wes Jackson as one of 18 individuals they predicted to be among the 100 “most important Americans of the 20th century.”

Jackson is a member of the World Future Council and a recipient of the Pew Conservation Scholars Award (1990), the MacArthur “”genius”” award (1992), and the Right Livelihood Award (2000).

“If your life’s work can be accomplished in your lifetime, you’re not thinking big enough.” – Wes Jackson 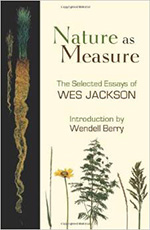 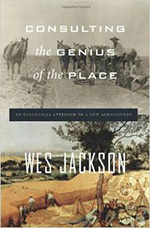 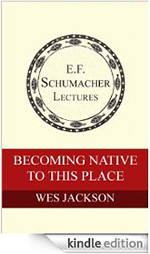 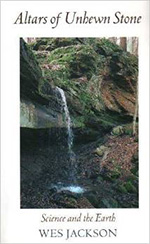 Wes Jackson will speak on ecological agriculture. Not only has he envisioned the need to change from monocultures of annuals to polycultures of perennials, he has also developed a perennial grain that shows the possibility of ending ten thousand years of degrading the Earth’s soil.