The philosophy of Alfred North Whitehead puts ecological relations at the center of things and challenges modern culture to rethink its most fundamental assumptions.

Dr. Helmut Maassen is an Adjunct Professor at the Institute of Philosophy at the Heinrich Heine University, Düsseldorf. He has taught philosophy and religion at several colleges and universities in the United States, Germany, and India. His areas of research include Indian Philosophy (Gandhi, Ambedkar); Metaphysics, especially Leibniz, Spinoza, Peirce and Whitehead; Philosophy of Religion; and Comparative Religion. He has published several books on Whitehead and Peirce. He is the editor of European Studies in Process Thought. Maassen is also a founding member of the German Whitehead Society.

Lecture Title:
Philosophy Is Not Only for Philosophers

“It requires a very unusual mind to undertake the analysis of the obvious.”
– Alfred North Whitehead 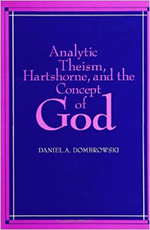 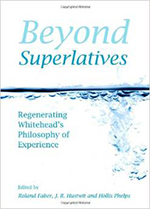 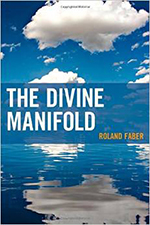 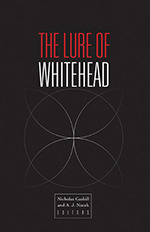 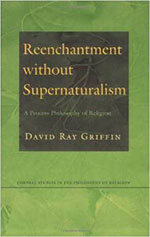 Not everyone who wants to change the world must become a philosopher. But on the other hand, philosophy is not just for philosophers.

Each of us acts against a backdrop of basic assumptions about the world that have us living out the results of philosophy whether or not we think about them, or participate in criticizing or shaping them.

Ideas at this level are so fundamental and important (they tell us, for instance, what is “common sense,” what in general we should aim for, what is doable) that without serious reflection, our economic, political, or educational thinking is not likely to change radically enough to avert catastrophic consequences.

In this sense, the value of philosophy is the kind of broad, “critique of abstractions” that Alfred North Whitehead named, and the wisdom-seeking we all have to engage in.

Currently, in the United States, Whitehead is hardly recognized as a philosopher. He taught in the philosophy department at Harvard only at the end of his career, having focused much of his prior energy on mathematical physics (he co-wrote with his student Bertrand Russell Principia Mathematica as well as several books developing an alternative formulation of the general theory of relativity). But he was convinced that serious thought in all fields needs to reflect on its philosophical assumptions, and worried that modern thought was particularly inept at doing so. He embodied the trans-disciplinary approach to education that is the hallmark of Pando Populus’s initiatives but can be anathema to those who are heavily invested in preserving academic specialties in isolated towers of thought.

Whitehead is the focus of the “Seizing an Alternative” conference because few recent philosophers were as interested as he in this broad understanding of philosophy – that is, big ideas that really make a difference in the world. Further, no other philosopher in the past century has so rigorously and systematically challenged assumptions of the modern world and proposed fundamentally ecological alternatives.

Whitehead called his magnum opus, Process and Reality, an essay in cosmology. Cosmology, in his understanding, offers a comprehensive view of the totality of things, including both the world studied by the natural sciences and the world of human experience and activity. On the whole, recent philosophers have found no place for this kind of synthetic activity, but for “Seizing an Alternative” it is of central importance.

Whitehead’s cosmology opens the door to discuss many topics that are neglected in most contemporary thought. Although “ethics” and “religion” were not the main foci of his attention, it has often been ethically and spiritually concerned people who have been especially appreciative of his integration of these concerns with the cutting edge of scientific thinking.

Whitehead is thus especially important to this collection of discussions because ethical and spiritual concerns are of central importance for responding to our crises even as the dominant schools of modern philosophy, along with our educational system and cultural life, have marginalized them. Further, much of what does go on under the rubrics of “ethics” and “religion” has become unattractive to sensitive people. Whitehead’s cosmology offers hope that matters of spirit can be integrated in an attractive way with science in a single coherent vision. This rethinking of ethics and religion is essential if we are to create a fully integrated and well-rounded ecological civilization.

A fundamental feature of the dominant forms of modern philosophy is treating each entity as if its essential being is self-contained. The only relations affirmed are “external relations,” that is, relations that do not fundamentally affect the entities that are related. For example, a book is related to a table by lying on it. But the book may be moved without fundamentally affecting the character of either the book or the table.

Ecological thinking, on the other hand, views the relations among things as essential to their being. These are “internal relations.” Whitehead calls them “prehensions,” and he shows how they fundamentally constitute all actual entities. He is in the fullest sense “the philosopher of ecological civilization.” Helping other philosophers to understand his unique contribution is an important step in breaking the habits of thought that have led modernity to self-destruction.

In this section his thought will be brought into interaction with other forms of philosophy that have, until recently, tended to ignore it. I believe that Whitehead’s philosophy is beginning to gain traction among contemporary scholars in philosophy. I hope to advance this process and also introduce discussions of Whitehead’s contributions to ethics and religion that connect this section with those that follow.
By John B. Cobb, Jr 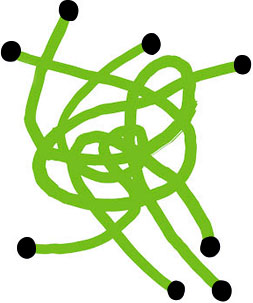