One main reason for our culture having used its science and technology so destructively against the natural world is a view of nature that is materialistic and reductionistic. Recent discoveries relate nature to us in a quite different way than the alienating one we have become used to.

Philip Clayton, PhD is the Ingraham Professor at Claremont School of Theology in Claremont, California. Clayton has taught or held research professorships at Williams College, California State University, Harvard University, Cambridge University, and the University of Munich. His research focuses on biological emergence, religion and science, process studies, and contemporary issues in ecology, religion, and ethics. He is the recipient of multiple research grants and international lectureships, as well as the author of numerous books, including The Predicament of Belief: Science, Philosophy, Faith (2011); Religion and Science: The Basics (2011);Transforming Christian Theology: For Church and Society (2009); and In Quest of Freedom: The Emergence of Spirit in the Natural World (2009). He also edited The Oxford Handbook of Religion and Science (2006).

Beth McDuffie is a doctoral student in Religion, Ethics, and Society at Claremont School of Theology and an instructor at Augustana College Sioux Falls. Her research interests are religion and science, religion and ecology, ecofeminism, and the roles of religion in responses to climate change.

“To the primitive man, and to ourselves on our primitive side, the universe is not so much unfathomable as unfathomed – by this I mean undiscriminated, unanalysed. It is not a complex of definite unexplained happenings, but a dim background shot across by isolated vivid effects charged with emotional excitements.”
– Alfred North Whitehead 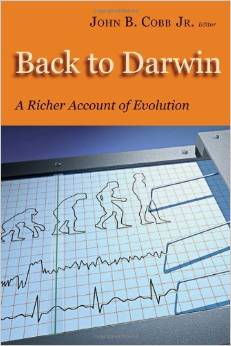 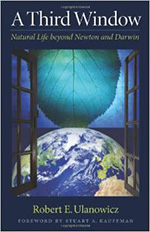 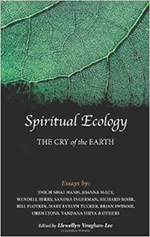 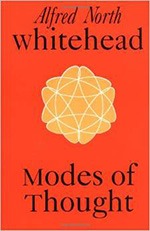 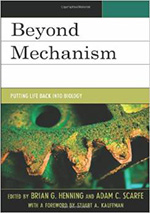 One main reason for our culture having used its science and technology so destructively against the natural world is a deep alienation from that world.

This is at least partly because the victorious Cartesian view of nature was materialistic and reductionistic. Descartes’ dualistic metaphysics by no means initiated this sense of human beings as distinct from nature and above it, but his formulations have played a particularly important role in the world of science and technology. They have shaped our educational institutions and most of our academic disciplines into disjointed categories and disciplines. They have sometimes further contributed to alienation by asking us to reject common sense in our view of what is real.

Fortunately, recent discoveries of science have led to new and more adequate views of nature, views that relate nature to us in a quite different way than the alienating one we have become used to. Probably the areas in which the inadequacy of Cartesian science has become clearest are quantum theory, evolutionary biology, ecology and neuroscience. However, the creative edge across the board moves toward a different understanding. The thinking of philosopher Alfred North Whitehead is becoming increasingly relevant.

At this point the new understanding of the natural world still struggles to displace the Cartesian one that has dominated scientific thought for centuries. The scientific establishment tends to treat the new discoveries as “anomalies,” and largely ignores their implications for basic assumptions. Within the academy, the overall change has only begun to get a toehold. But outside its walls, and with support of individuals within, a whole new vision of the natural world is emerging that opens up ways of thinking about the world as being more than simply collections of moving matter.

This new vision agrees with evolutionary thinking generally that what now exists has come into being through a long process. But whereas the now dominant theory implies that this has occurred through mechanical causes, and reduces what comes into being to new patterns of matter in motion, the new vision shows that novel realities are coming into being again and again. Each step in this long process has its own remarkable character.

I view each of these steps not only in itself but also in terms of the end toward which it has led. This wonderful world in which we find ourselves seems even more precious in view of the way it has emerged.

The sciences that are adequate to understanding the emergence of life and directed action in the world are important, therefore, for more than just getting our facts straight; they help us to know what it means to inhabit this planet. They prompt us to tell the scientific story in ways that are intrinsic to the natural world and our deepest experiences within it, while still allowing for the rigorous scientific study of nature. They represent a shift in understanding important for creating scientific conditions necessary for a thriving ecosphere.
By John B. Cobb, Jr