An ecological civilization aims to put body, mind, and spirit back together again. This would surely include the integration of multiple healing techniques, such as offered by Chinese and Indian medicine, and openness to dimensions of reality not accessed by the sense organs.

John Sweeney received his PhD from Claremont School of Theology (CST); his dissertation was published under the title, “I’d Rather Be Dead Than Be a Girl.” He served as Executive Director of the Center for Process Studies at CST over the period of 2000-2013, and for much of that time was also an adjunct faculty member in process theology. He has recently retired and is living in Huntingdon Valley, PA and is teaching occasional courses.

Bob Ireland trained in theology (MA/DMin) serving UMC & UU communities, and Medicine (MD/Aerospace Medicine/Psychiatry). For many years he was a clinician leader in the USAF and DoD regarding mental health policies, frequently addressing military mental health issues including suicide and PTSD and coordination of policies with SAMSHA and the VA. Honors include Alpha Omega Alpha, Defense Superior Service Medal, Flight Surgeon of the Year, and helicopter rescue awards.

“In the most literal sense the lapse of time is the renovation of the world with ideas.”
– Alfred North Whitehead 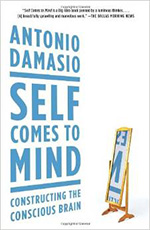 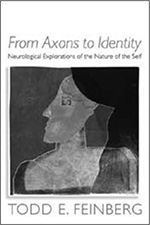 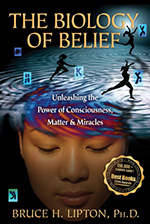 The wisdom traditions or Axial Ways all re-imagined and re-invented the pursuit of wholeness of body, mind, and spirit. Unfortunately, in the modern West, the communities that consciously continue those traditions have been distorted by their acceptance of Cartesian dualism and the fragmentation this introduced. They have focused on the spirit and largely turned over the understanding and shaping of body and mind to others (the body, say, to the gym, the mind to the school). An ecological civilization would end the reign of Descartes and put body, mind, and spirit back together again. As another category focuses on schools and, therefore, especially the mind, this category, while certainly concerned with the mind, focuses on body and spirit. By now, the connection between body and spirit has come to be a familiar part of popular American culture. Westerners have learned from India and China that breathing and bodily movements contribute to spiritual realization. From many sources we know that psycho-spiritual problems express themselves also physically. Most of this discussion has been kept out of the schooling system, which is still committed to Cartesian dualism, but complete exclusion has not been possible. Study of sex and gender, for example, cannot be entirely omitted, and the effort to treat them as simply physical or simply mental has failed. They remain for the academic mainstream a marginal mystery, but for flesh-and-blood people they are of central importance. We have learned that Western medicine, based on dualism, has accomplished a great deal, but has also failed in relation to many factors related even to bodily health. Chinese and Indian medicine, based on very different views of the human body, are also effective. We await the integration of multiple healing techniques whose complementarity can be understood when we recognize the unity of mind, body, and spirit.

Nowhere are challenges to modern assumptions stronger than the findings of what is called, in Cartesian culture, the paranormal or parapsychological. The Axial Ways all have accounts of many events, especially healings, that are viewed by Cartesians as “supernatural” and therefore incredible. These events certainly show that the real world is not adequately described by Descartes. For those who reject Cartesian materialism, our understanding of the world is enriched by evidence for action at a distance and awareness of dimensions of reality not accessed by the sense organs. Despite the vast evidence for events that cannot be explained in Cartesian terms, the university has largely excluded them from reconsideration on a priori grounds. This evidence should be included as a significant contribution to our understanding of ourselves and of the world in which we live. But while events of this kind are witnessed in all the religious traditions, they are not primary. These traditions tend to focus on worship or on one or another spiritual discipline. The frequent repetition of these activities affects the psychic life in different ways. We need to evaluate these effects. I judge that the most promising single movement today working for ecological civilization is eco-feminism. It fits well in this discussion here because this movement clarifies and strengthens the unity of body, mind, and spirit. It also encourages re-thinking everything from this perspective and offering a perspective hardly distinguishable from the one developed by those most influence by Alfred North Whitehead, except in its addition of reflection about gender. By John B. Cobb, Jr

Why I’ll Be on the Roadtrip to Pando: Chef Lee