The Quest for Wholeness: East and West

The Quest for Wholeness: East and West

In the East there is a bio-psycho-spiritual approach to healing bodily sickness, while Western medicine has been biologically focused, separating key dimensions of human existence. While recognizing Eastern methods as acupuncture are effective, an adequate Western explanatory theory has not developed. A comprehensive and inclusive understanding of ourselves as embodied minds and spirits requires change for healing professions and institutions.

Bodies Count: Embodiment and the Effects of Bodily Activity
Eco-feminism
Extraordinary Challenges to the Modern Paradigm
Mystical Disciplines, Ritual, and Worship
Rethinking “Sexuality”
The Quest for Wholeness: East and West

Andrew Sung Park is a Korean American theologian who teaches at United Theological Seminary in Dayton, Ohio. Previously he taught at the Claremont School of Theology after receiving his MA from the Claremont School of Theology and Ph.D. from Graduate Theological Union in Berkeley, California. He is an ordained minister of the United Methodist Church. While serving a church in San Francisco, he was actively involved in an inter-religious movement and social justice. While teaching at Claremont School of Theology, he was engaged in racial and ethnic healing in the midst of the 1992 LA Eruptions. Out of that struggle, he published Racial Conflict and Healing: An Asian-American Theological Perspective (Orbis Books, 1996), a Gustavus Myers Award for an outstanding book on the subject of human rights in North America in 1997. His other publication includes The Wounded Heart of God: Western Sin and Eastern Han (Abingdon Press, 1993), God Who Needs Our Salvation, video (Washington National Cathedral and Morehouse Publishing, 2000), From Hurt to Healing: A Theology of the Wounded (Abingdon, 2004), The Other Side of Sin (SUNY 2001, co edited with Susan Nelson), and Triune Atonement Christ’s Healing for Sinners, Victims, and the Whole Creation (Westminster and John Knox, 2009). He specializes in systematic theology, global theology, cross-cultural theology, Asian American theology, church and spiritual rebirth, theology of healing, Christian mystics, religion and science, and Christian ethics. He has expanded the theology of emotional pain by exploring the Korean concept of han. He has been involved in local and national inter-religious, peace, ecological, and holistic healing (the mind, body, and spirit) movements. 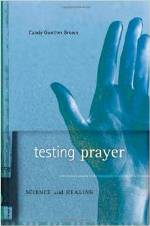 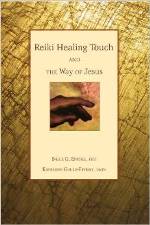 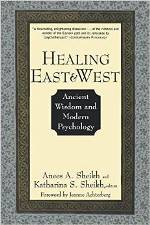 Why I’ll Be on the Roadtrip to Pando: Chef Lee