Higher education celebrates itself as “value-free.” In fact, the default value is money.
What would happen if we collectively decided that instead of freeing education
from all non-monetary values, we directed it toward the explicit value of building an ecological civilization?

Franz Riffert is University Professor at the University of Salzburg, School of Humanities, Department of Educational Research and Sociology. Specialties include the philosophical foundations of educational science.

Are We Really Related?

Linda Handelman, PhD is an associate professor of philosophy at Pasadena City College. For many years at PCC she was successfully developing The Philosopher-Citizen Institute, an organization devoted to demonstrating how to use the discipline of philosophy to help busy, caring citizens deal with today’s complex social issues. Dr. Handelman’s research and writing focuses on rebuilding philosophy as a home for holistic, integrative thinking, by highlighting contributions of American philosophy as well as Eastern thought.

Thomas McElvain is a graduate of Claremont School of Theology and is a long-time member of the Center for Process Studies. He cares deeply about education and strongly supports the need to revitalize the educational process at all levels.

“The task of a university is the creation of the future, so far as rational thought and civilized modes of appreciation can affect the issue.”
– Alfred North Whitehead 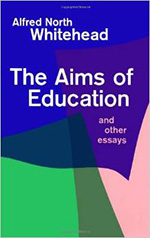 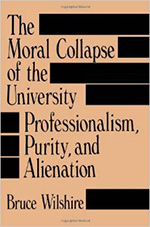 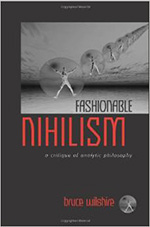 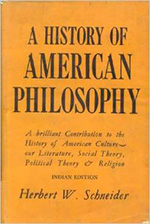 Broadly speaking education is the process through which a culture shapes its children. Through most of history it has taken place most basically in homes, but this has been supplemented by communities and the larger public. Where they have come to dominance the Axial traditions have played a large role. They have often used schools, but even where these have been supported, they have played a secondary role. However, in the modern secular world, schooling has taken over the dominant role in education. Most of it is controlled by the state. There has been too little reflection on this situation. Historically, education has been at least as much about values as about facts and skills. To live without conscious values is to fall short of being human. Schooling inevitably communicates values, and by failing to encourage reflection about them, it fails to make them conscious or effective. This reflects the situation of the modern secular state, which is in general unclear about its values. The situation differs from country to country. I will take the United States as an example. Prior to World War II, the United States was in fact dominated by the values of modern Protestant Christianity. These were derived from ancient Israel, ancient Greece, and the Enlightenment. In education they expressed themselves most clearly in liberal arts colleges, but they also affected the public schools. Since World War II it has become clear that this dominance of modern Protestantism is not acceptable. Much of the nation is Catholic, Jewish, atheist, Buddhist, Islamic, etc., etc. Public institutions should not be biased in favor of any one of these traditions. Many Americans assumed that there are common sense values that would still be communicated to their children when the schools were freed from sectarian influence. To some extent this is true in the public schools. Certain forms of behavior are required in order that students get along with one another and pay attention to the teachers. Students are taught not to cheat. They are encouraged to accept authority without much questioning. They are socialized to be patriotic. They are taught that “values” and “religious beliefs” are a private matter not to be brought into the classroom. They are led to think that knowledge of facts and the attainment of skills are of primary importance. Clearly they are in fact being socialized into the acceptance of certain values..

Once students are socialized into the role of students, the values required to be good students are taken for granted. Higher education celebrates itself as “value-free.” However, in fact the “best” universities teach students that the supreme value is research. The topic on which research is done and the use of its product are matters of indifference. The university serves whoever will pay for the research. The students are attracted to the university on the grounds that they will earn more by completing a university program. In short, the default value, when the values of the Axial traditions are set aside is money. This is not the outcome that those who opposed Protestant hegemony had in mind. It is diametrically opposed to ecological civilization. For those who want to steer our nation and others away from the precipice toward which the world is heading, reconsideration of our schooling system must be a very high priority. What would happen if we collectively decided that instead of freeing education from all values except money, we directed education toward building an ecological civilization? This discussion aims to treat the role of the home and local community in education, asking how far this can and should extend. It will also consider public schools and universities. And ask about how teaching and learning best occur. The discussion will also extend to one specific focus of education that is currently gaining ground and is particularly promising, teaching compassion.
By John B. Cobb, Jr

Are We Really Related?