The world religions need to be re-imagined and re-invented – not discarded. Alfred North Whitehead saw religion at its best as embodying “world loyalty,” as opposed to sectarianism, nationalism, or escapism.

Mary Elizabeth Moore is Dean of the School of Theology and Professor of Theology and Education, Boston University. Her passion is to journey with others to cultivate deeper faith, compassionate humanity, and a more just, peaceful, and sustainable world. She feels privileged to work toward those ends with colleagues in Boston University and around the world, especially in the practices of knowing the Holy, building justice, resisting violence, and caring for the earth. Her books include: Teaching as a Sacramental Act; Ministering with the Earth; Covenant and Call; Teaching from the Heart; and The United Methodist Diaconate (co-authored); plus three edited volumes, Children, Youth, and Spirituality in a Troubling World; Practical Theology and Hermeneutics; and A Living Tradition: Critical Recovery of the Wesleyan Heritage. She has engaged in interreligious relationship-building in local, professional, and academic settings and is presently working on a project to develop interreligious approaches to practical theology. Mary Elizabeth is married to Allen, and they have five wonderful children and eight fabulous grandchildren.

Rev. Jim Burklo is the Associate Dean of Religious Life at the University of Southern California, and also is Adjunct Professor of Public Policy at the USC graduate School of Social Work. An ordained United Church of Christ pastor, he is also the author of a weekly blog, “Musings”, and of four books on progressive Christianity and religious pluralism: Open Christianity, Birdlike and Barnless, Hitch-Hiking to Alaska, and a recent novel, Souljourn.

>“In its solitariness the spirit asks, What, in the way of value, is the attainment of life? And it can find no such value till it has merged its individual claim with that of the objective universe. Religion is world-loyalty.”
– Alfred North Whitehead 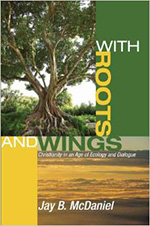 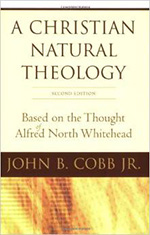 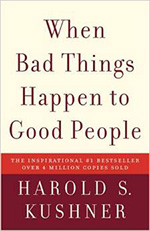 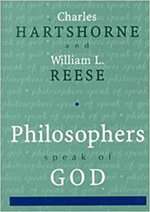 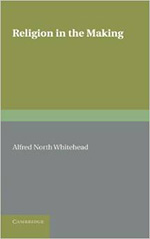 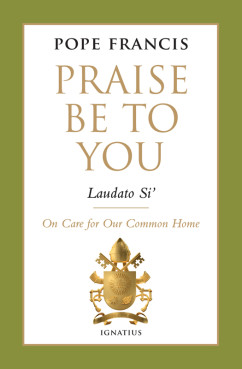 Most of the deepest convictions and values that shape us to this day arose two and a half thousand years ago in a period that Karl Jaspers regarded as the “Axis” of human history. The traditions that arose in that period include Greek philosophy, the prophetic movement in Israel that gave rise to Judaism, Christianity, and Islam, Confucianism and Taoism in China, Hinduism, Buddhism and Jainism in India, and Zoroastrianism in Persian. These new developments thus include both philosophy and “world religions.” I call them the “Wisdom Traditions” or the “Axial Ways.” The cities that gave their name to “civilization” demanded the loyalty of their inhabitants and those of the associated rural areas. This loyalty might be directed to the deity held to belong to that place or it might be demanded by the ruler, now considered divine. When one city conquered others, the god or the ruler of the victorious city became the god or ruler of the resulting empire. Thus “religion” and “politics” were inseparable. At roughly the same time, in various parts of the civilized world, leaders arose who thought critically about what individuals should believe and how they should feel and act. These pioneers were critical of the cultures and religions of their time. They called for an understanding of reality that undercut simple acceptance of cultural mores and ultimate commitment to limited and parochial goods such as tribes, city states, and empires. Others, convinced of the wisdom of what these leaders taught, became their followers and these drew still others into discipleship. Large communities and movements came into being. The message derived from their leaders was universal, but the followers often combined the new beliefs and practices with the existing cultures and politically-oriented religions. Still the new Ways were sufficiently independent of any particular locale and ethnicity that they crossed cultural boundaries and became global traditions.

The world religions are often viewed as having failed in their relations to culture, to one another, to science, and to the natural world. Although there is much justification for this criticism, the actual situation is far more complex, and in all these respects there have been dramatic changes for the better. Especially because the secular world offers no better option, we urgently need the further development and transformation of the great wisdom traditions if we are to build an ecological civilization. They should be re-imagined and re-invented – not discarded. One reason for the conviction that the Axial Ways have an important contribution to make is that where they lose influence, lesser loyalties come back to the fore. In Europe the collapse of Christendom led to nationalism, colonialism, imperialism, and world wars. This is a return to the situation to which the original Axial thinkers responded 2,500 years ago with a protest against treating one’s own tribe or nation as sacred. Today, the Axial Ways at their best still embody a bid for “world loyalty,” to use Alfred North Whitehead’s insightful phrase. They are opposed to sectarianism, nationalism, or escapism. Without world loyalty there is little possibility of establishing ecological civilization.
By John B. Cobb, Jr