A New WAY for a New Day

A New WAY for a New Day

There are many people who care about faith but are alienated from traditional institutions and doctrinal formulations. Among those who have given leadership to these people are Brian McLaren and Tripp Fuller. They will discuss both the beliefs and the potential communities among them.

Tripp Fuller is married to an awesome lady Alecia and has a handsome young stud named Elgin Thomas (aka E.T.) and 2 little white fluffy dogs (Pebbles & Dino). He and Alecia are both graduates of Campbell University (where they met), the Divinity School of Wake Forest University and ordained ministers. He is working on his PhD in Philosophy of Religion and Theology at Claremont Graduate University. A few other things he digs are books, cigars, pipes, Shaq, guitar, pirates, fishing, the Counting Crows, and good conversations about Religion and Politics. He is perhaps best known as the host of the Homebrewed Christianity podcast, which is the most time consuming hobby he has ever had besides reading and blogging through Wolfhart Pannenberg’s 3 volume systematic theology.

Brian D. McLaren is an author, speaker, activist, and public theologian. A former college English teacher and pastor, he is an ecumenical global networker among innovative Christian leaders.

McLaren helped form Cedar Ridge Community Church, an innovative, nondenominational church in the Baltimore-Washington region and served as Pastor there until 2006. Brian has also been active in networking and mentoring church planters and pastors since the mid 1980’s, and has assisted in the development of several new churches. He is a popular conference speaker and a frequent guest lecturer for denominational and ecumenical leadership gatherings – across the US and Canada, Latin America, Europe, Africa, and Asia. His public speaking covers a broad range of topics including postmodern thought and culture, Biblical studies, evangelism, leadership, global mission, spiritual formation, worship, pastoral survival and burnout, inter-religious dialogue, ecology, and social justice.

He is primarily known, however, as a thinker and writer. His first book, The Church on the Other Side: Doing Ministry in the Postmodern Matrix, (Zondervan, 1998, rev. ed. 2000) has been recognized as a primary portal into the current conversation about postmodern ministry. Other works include: Finding Faith (Zondervan, 1999), Adventures in Missing the Point (coauthored with Dr. Anthony Campolo, Zondervan, 2003), A Generous Orthodoxy (Zondervan, 2004), A New Kind of Christian (Jossey-Bass, 2001),The Story We Find Ourselves In (Jossey-Bass, 2003),The Last Word and the Word After That (Jossey-Bass, 2005),The Secret Message of Jesus (Thomas Nelson, 2006), Everything Must Change (Thomas Nelson, 2007), Finding Our Way Again (Thomas Nelson, 2008), A New Kind of Christianity (HarperOne, 2010),Naked Spirituality (HarperOne, 2011), Why Did Jesus, Moses, the Buddha, and Mohammed Cross the Road? (Jericho Books, 2012), and his 2014 release, We Make the Road by Walking (Jericho Books, 2014).
Brian is married to Grace, and they have four adult children and four grandchildren. His personal interests include wildlife, ecology, fishing, hiking, music, art, and literature.

BO SANDERS, “COMPOSTING CHRISTENDOM: FOLLOWING FURIOSA: CHURCH AT THE END OF THE W 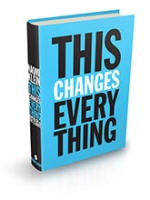 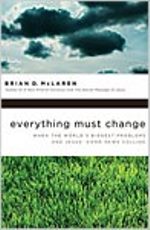