When politics was degraded to a question of who gets what, when, and how (Laswell), it was rendered unable to help us respond to the ecological crisis in which we find ourselves. Alfred North Whitehead can help us reimagine political theory, and in the process help us to renew the conditions for life to flourish under contemporary conditions. 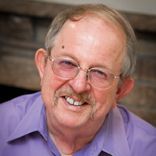 Les Muray is Professor of Philosophy and Religion. He has been teaching at the college and university level since 1979, coming to Curry in January, 2001. Among the courses he teaches on a regular basis are Environmental Ethics; Religion and Science; Life Death, and Philosophy; Religion and Ecology; Race and Religion in America ; and Philosophies of Creativity and Process.

Les is the author of two books, the second of which, Liberal Protestantism and Science, was published in 2008, and over seventy articles in five languages. He is currently working on a third book, Process Thought and Political Life: A Call for Biocracy. He loves to travel and give papers both in the United States and other parts of the world. Les has given papers in Scotland; his native Hungary; Salzburg, Austria; Paris, France; Liege, Belgium; Assisi, Italy; Venice, Italy; Pamplona, Spain; ; Krakow, Poland; Moscow, Russia; twice in Korea; four times in China, and Tokyo, Japan. He spent the Summer and the Fall semester 2006 in Hungary writing his book and teaching “American Philosophy” and “Environmental Ethics” (adaptations of his Curry classes) at Eötvös Lorand University, Budapest. His Environmental Ethics class was the first one taught at a Hungarian University. Les was the recipient of a Fulbright scholarship for the Spring of 2014 to do research in Hungary on the influence of the French philosopher Henri Bergson on Mihάly Babits and Zsigmond Moricz, two Hungarian novelists in the first half of the twentieth century who anticipated environmental issues. He also taught his Life, Death, and Philosophy class at Eotvos Lorand University, the first death and dying course taught at a Hungarian University. Les is a staunch Red Sox, Celtic, and Patriot fan well known for displaying these loyalties with the baseball caps he wears. He is also a lover of books, the blues, rock ‘n roll, Westerns, Hungarian and Asian foods, and cats, especially Sasha, his three legged companion animal.

William Connolly was raised in the town of Flint, Michigan. His father was a factory worker and labor activist. Connolly received his B.A. from University of Michigan at Flint, and his Ph.D. from the University of Michigan, Ann Arbor. Connolly took up an Assistant Professorship at Ohio University and then an Assistant Professorship at the University of Massachusetts Amherst where he soon became a full professor. Connolly accepted a professorship in 1985 at Johns Hopkins University and was the Department Chair for Political Science from 1996 to 2003. He remains the Krieger-Eisenhower Professor today. Connolly has taught as a visiting professor at numerous schools including The University of Exeter, European University Institute, Oxford University, and Boston College. He has been a fellow at both the Institute for Advanced Studies and the Center for Behavioral Study. His book The Terms of Political Discourse won the Benjamin Evans Lippincott Award in 1999: the book is widely held to be a major work of political theory. In 2004, he won the Fulbright Award to deliver the keynote address at the Kyoto Conference in Japan. Connolly was the editor of Political Theory for six years, is now a co-moderator of the blog The Contemporary Condition and was a founding member of the journal Theory & Event. His most recent books are Capitalism and Christianity, American Style (2008); A World of Becoming (2010); and The Fragility of Things: Self-Organizing Process, Neoliberal Fantasies, and Democratic Activism (2013).

BRIAN MASSUMI, “VIRTUAL ECOLOGY AND THE QUESTION OF VALUE”