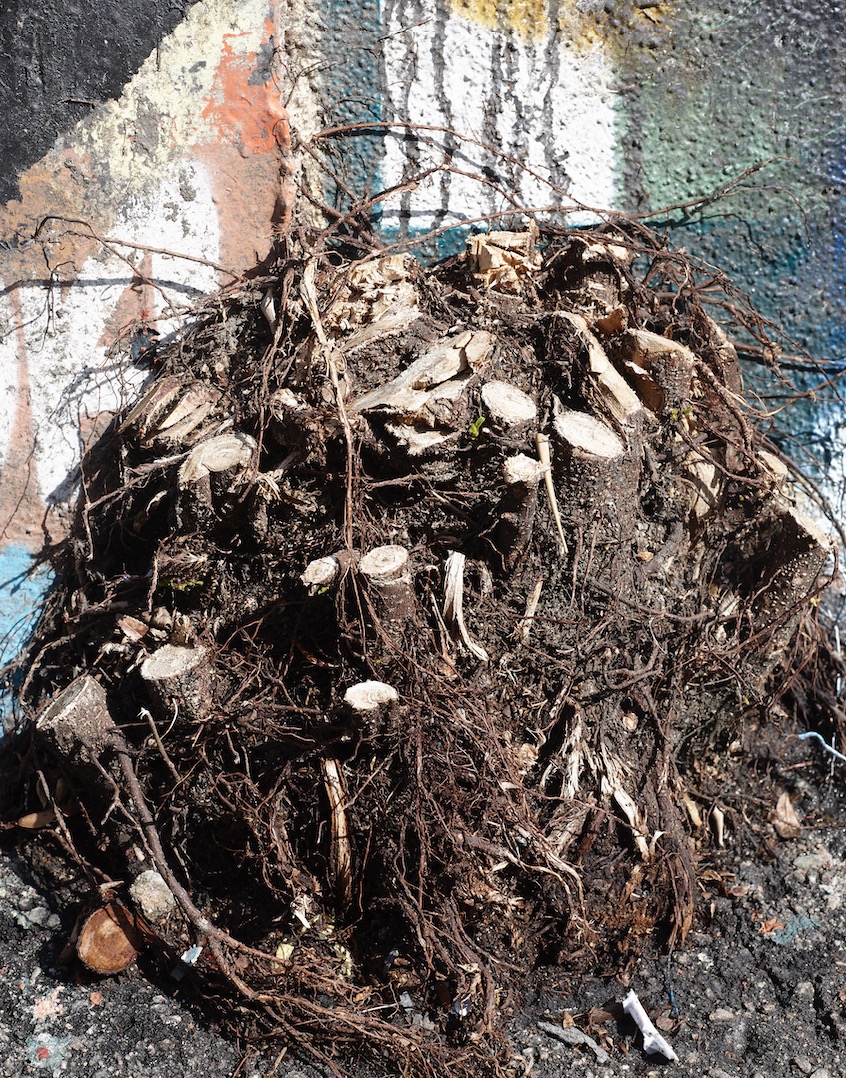 Editor’s note: Yogan Muller is a Pando Artist in Residence currently living and working in Los Angeles County. He is contributing occasional photographic images and reflections related to his work.

Arcadia is an age-old symbol in Western culture of lush pastoral nature, and has a long tradition rooted in European painting and literature. It ultimately points to ancient Greek mythology. A Greek region bears this name. So does a city in the California southland.

As I was completing a practice-based PhD in landscape photography in Brussels, Belgium (a country where the English word landscape we now use most likely derived from the Dutch landschap, coined in the late fifteenth century), I became drawn to the history and imagery of the American West. In fact, both as scholar and photographer, I became fascinated by the history of “westward expansion.” The myth of the Frontier only added to the “meaty” nature of what I was discovering. The American West was a place where I could think broadly in time and space, too.

Beyond perceived theological callings, marching westward really seemed to propagate the nature/culture binary so central in Western culture and scientific endeavor since Bacon’s and Descartes’s treatises in the early seventeenth century. In the 1860s, geologists had an “open” field of inquiry before them. Expanding on that idea by looking at the Great Surveys, historian Alan Trachtenberg wrote:

The 40th Parallel surveyors and geologists…held under their hammers a thousand miles of mineral country with all its riddles to solve, and its stores of possible wealth to mark. They felt the future in their hands.

Photographers accompanied the surveyors and produced unforgettable images. More importantly, they were instrumental in transforming the West into a series of familiar locales. Furthermore, nothing was too grand, too complex, too layered, too heterogenous for the then young medium of photography. In fact, the more grand, complex, heterogenous, and layered, the better. In other words, photography was the perfect auxiliary to retrieve a tremendous amount of space and eons of geological accumulation in almost no time at all.

In my scholarly work, I argue that what speaks in expedition photographs is the tremendous resolving power of photography. It is particularly clear in Timothy O’Sullivan’s stark photographs. Through the means of the camera’s lens, along with the place names and maps produced in the 1860s, the wild expanses of the American West were subject to an imperial enterprise almost entirely dedicated to gauge favorable conditions for subsequent settlement. Railroads quickly followed suit and contributed to populate and tap into the West’s rich resources.

As geographer Carl Abbott argued, the cities of the American West can be seen as focal points. Besides bearing obvious photographic metaphors, the notion of focal points also suggests the termination of westward expansion.

After completing Turning Back, a poignant book on clear-cuts in Clatsop County, Oregon where the seminal exploration led by Lewis and Clark between 1804 and 1806 terminated, photographer Robert Adams noted that we can’t go any further west, as though western civilization had thoroughly run out of space. As his work shows, we quite relentlessly tapped into available resources and left a scarred landscape behind us.

All of which brought me to the City of Arcadia in Los Angeles County, one of the biggest metropolitan regions in the world, and fueled a playful dialogue between my scholarly and photographic pursuits. Informed by a deep sense of history, my project addresses the raw violence that seems to fall on every bit and piece of nature in LA.

In less esoteric terms, it is quite clear that the Los Angeles metropolis, that focal point nested in a large geological basin, exerts a tremendous pressure on the environment through extensive aqueducts, large freeways, crisscrossing powerlines and unbounded urban sprawl. Its far-reaching infrastructure makes for a unique and essentially gluttonous metabolism. I wonder what type of nature is actually left behind.

Before the Coronavirus outbreak, I knew we were on the brink of some major disruptions. I knew, too, that Los Angeles was, in many regards, an apex of Western civilization at large. In other words, it was quite clear to me that working where westward expansion has run its course was an ideal vantage point to look at the impending societal transition we are headed toward.

Tipping points and focal points intersect in my work. Their reunion is an impetus to assemble an archive that can eventually speak to the visual manifestations of westward expansion and its current completion.

Yogan Muller is a Pando Artist in Residence currently living and working in Los Angeles County. He is contributing occasional photographic images and reflections related to his work.