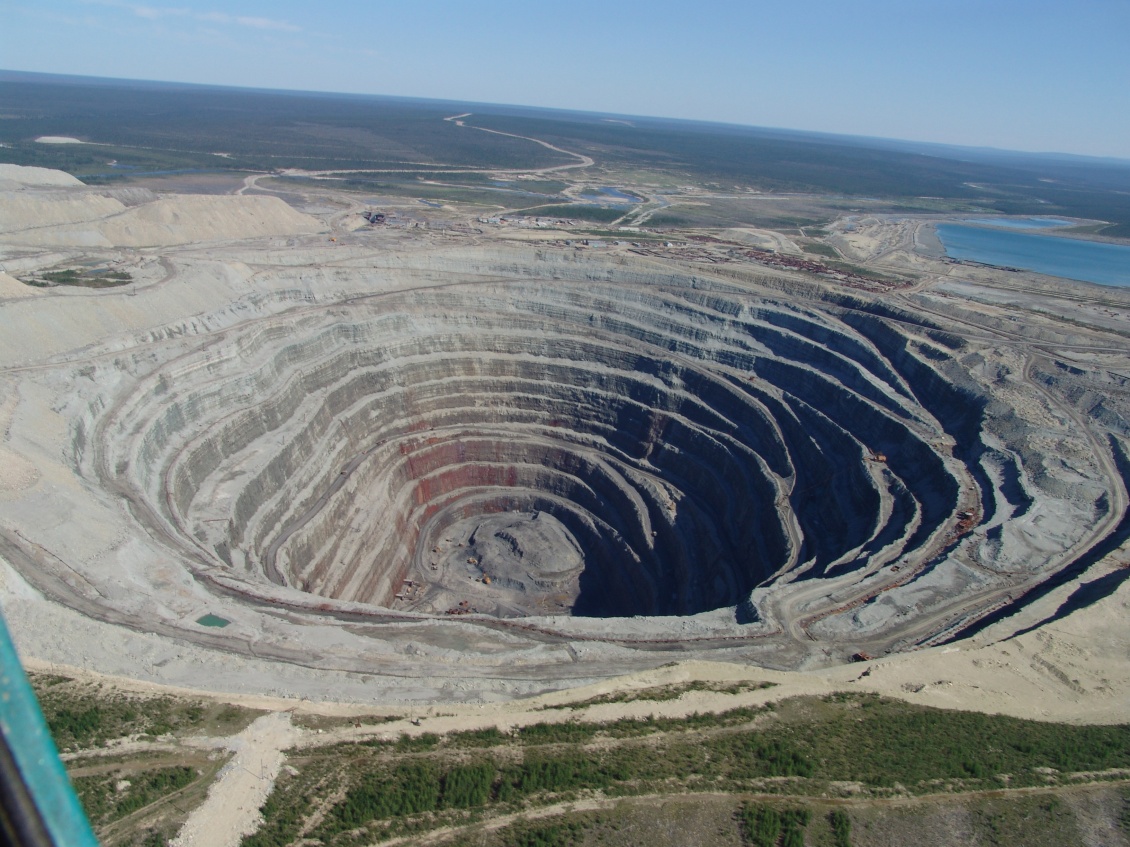 A picture of the Udachnaya pipe, an open-pit diamond mine in Siberia.

When Herman Daly received the prestigious Blue Planet Prize in Tokyo in November of 2014, he titled his acceptance speech, “Economics for a Full World,” and offers it to us here for publication, with his own revisions.

At the Pando Populus inaugural conference in June, Daly will discuss many of the questions raised in this piece in a video conversation with John Cobb, moderated by NPR’s “To the Point” program host, Warren Olney.

“Ever more things for ever more people, forever”

“When I worked at the World Bank,” Daly writes, “I often heard the statement, ‘There is no conflict between economics and ecology. We can and must grow the economy and protect the environment at the same time.’ I still hear that a lot today. Is it true? Is it possible?”  He continues:  “Although it is a comforting idea, I fear that it is at most half true.”

The problem, of course, is that “We are now in a full world, but still behaving as if in an empty world.”  Daly continues this way:

In the empty world….Fish reproduced faster than we could catch them, trees grew faster than we could harvest them, minerals in the earth’s crust were abundant—natural resources were not really scarce. In the empty world it made economic sense to say that there was no conflict between economic growth and the ecosystem, even if it was not strictly true in a physical sense. But physical growth has transformed the empty world into a full world in which the remaining ecosystem is scarce. This has happened in a surprisingly short time thanks to the explosive nature of exponential growth.

Neoclassical economic theory developed during the empty-world era, and still embodies many assumptions from that past era. But the empty world has rapidly turned into the full world thanks to growth, the number-one goal of all countries, capitalist, communist, or in-between.

Daly suggests we adopt a different aim “than the current impossible goal of ‘ever more things for ever more people forever.'”

Read Daly’s full presentation here and get a preview of the Daly-Cobb discussion moderated by Olney at the “Seizing an Alternative” conference in June.