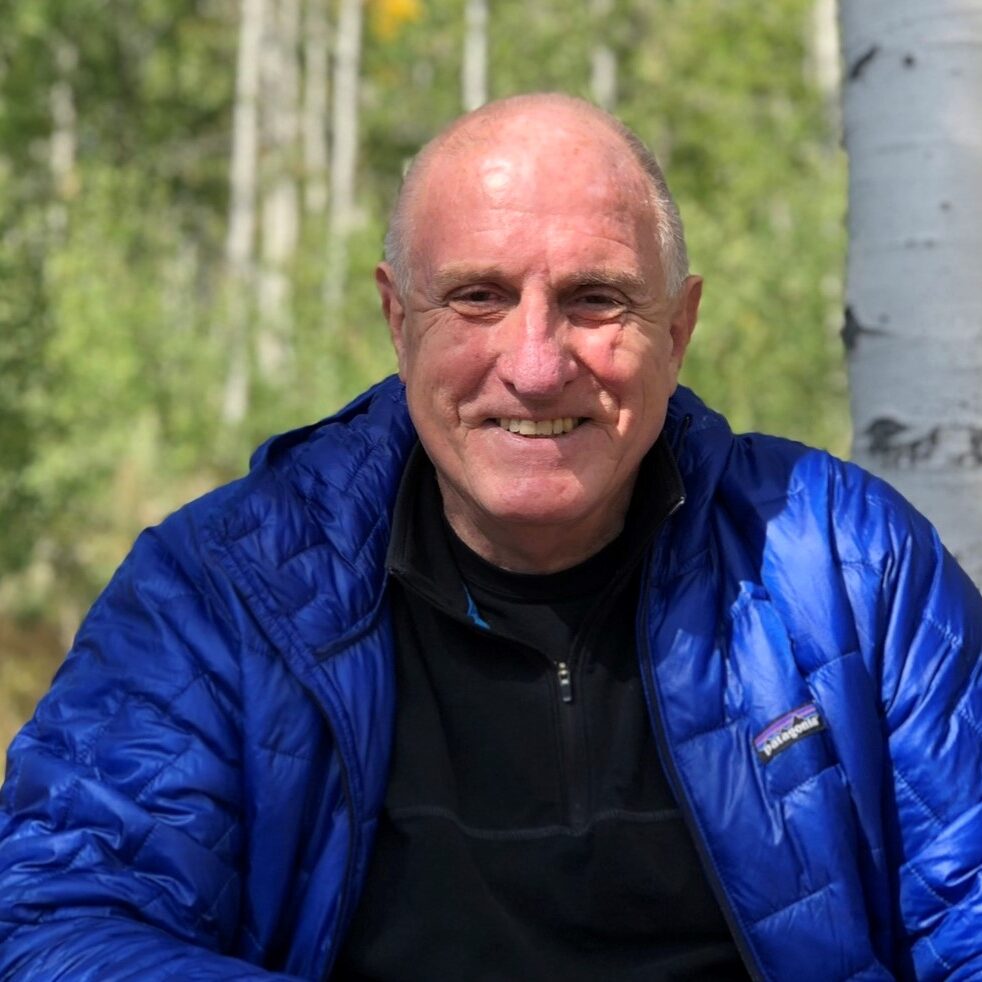 We sat down with Ed Bacon, vice chair of the Pando Board, to discuss the topic of grief and the four week-long Grieving, Healing and Hope Retreat Project he is leading focused on the personal and social effects of grief. The event is open to the public. Go here to learn more (late registrants are accepted).

PANDO: Ed, you’re always in the middle of something fascinating — including this, where you’re taking on – “embracing” might be the right word – grief and quite literally retreating with it. There is so much to grieve, it seems to me, and much on the horizon. Tell me about the Grief Retreat and its aims.

ED: The genesis of this grief-oriented project actually came toward me when I was recently the interim rector of St. Luke’s Episcopal Church, Atlanta. Just before the 2020 general election, a few nonprofits, including one named “Cure Violence Global” and President Carter’s “The Carter Center,” deemed Atlanta as having a particularly tense political environment which could potentially have eruptions of violence.

Cure Violence Global (CVG), founded by the epidemiologist Gary Slutkin, studies violence throughout the planet and shows that violence is contagious – and the events of violence infect the surroundings for more violence. The interconnectedness of us all lies at the root of our understanding of Pando. Something can be positive, say, for healing, or negative, with opportunities for violent spread.

It is interesting you point out that CVG was founded by an epidemiologist, because it really does feel like violence is a disease. Almost like how positivity begets positive action, negative action can further spur more negative action?

Exactly. For example, a hammer-carrying conspiracist broke into the home of Nancy Pelosi and attacked the Speaker of the House’s husband resulting in his hospitalization for surgery to repair a crushed skull and broken right arm. We are seeing more and more politically oriented and bigotry-based violence – an illustration of CVG’s argument about the infectious essence of violence.

How did you start addressing violence as an epidemic and what have you learned so far?

Back in 2020, The Carter Center and CVG approached a parishioner of St. Luke’s with the idea that pre-election Atlanta and certain other particularly tense cities, would benefit from public prayer gatherings to mourn publicly the deaths caused by dual pandemics – COVID and guns.

The idea was that several unifying dynamics are deeper than the growing partisan polarizations; we should provide time for what unifies us – including our shared griefs. We accepted the invitation to host a regular gathering for rituals of grieving over several months.

I learned new things about the redemptive and unifying power of grieving, and learned how it unfolds, like:

To be human is to love.
To love is to grieve losses.
Grief is not all of life. Yet, it is one of the central realities of life.
When grief is denied and thus unattended it erupts in anger and hatred.

Everything that the project is doing unpacks from this.

Wow. Powerful stuff. We often forget these things because the emotion is so scary.

What have you learned about what exactly grief is? Is it just the emotion attached to our inability to let go? Or not understanding or appreciating the deeper connections at play? Or does it speak to something really real in itself?

Grief is the deep sadness coming from the loss of those and that which we love. It is indeed really real in itself and thus is worth mourning.

I’m curious about Jesus saying, “Blessed are they who mourn.” It’s central enough to the human condition that Jesus mentions it along with other central human conditions he spotlighted.

Then, as if to underscore the depths of the grief experience, when we enter, acknowledge, and consciously embrace whatever grief we have, the aim is not to let go of that grief so much as it is “being consoled,” which means “to be strengthened WITH” or in community with other grievers and with the Energy of Divine Love.

This suggests treating it as a central part of our experience instead of hiding or pushing it down. What have you experienced when people confront their grief head-on?

One of the parents who lost her daughter at Sandy Hook said to me, quoting Camus, “In the midst of winter I discovered within myself an invincible summer.” That is the “blessing” and “consolation” of those who mourn.

This particular mother, who will be our guest on the last of the four nights of our “Grief Retreat,” considers herself a “griever.” She also – the both/and of it all – is a fruitful marriage and family therapist.

You’re bringing together people who have known big, public experiences of shock and horror – and within that, finding a kind of “summer.” Just as surely as life leads to grief and summer leads into fall, so winter leads to spring and back into summer. Grief is part of a process, not one thing.

I think I can understand at an individual level. But at a society-wide level, how does it all unfold? What are the dynamics?

In our retreat, we are embracing those who are surviving horrible losses from COVID (more than 1 million in the USA alone), gun violence (from mass shootings including antisemitic, anti-Muslim, and anti-Black massacres), as well as climate crisis-oriented losses. Retreatants also include those whose loved ones ended their own lives.

Society is profoundly impacted by these losses underneath our grief. This is in general a reality.  Even more pernicious are disparities between different racial and cultural groups. The statistics about Covid death disparities are saturated with systemic racism. We are still a stratified society filled with grief-producing disparities in race and class.

What’s the relationship between policy and grief – and anger?  At what point does grief move into outrage — and is that good?

There is a dimension of outrage that is healthy. The issue, I’m learning, is: Can we use the anger to fuel the work that’s needed for policy change? For instance, the Sandy Hook Elementary parents are coming up on 10 years of persistent, courageous work in Washington. They are so savvy about the political headwinds they face in accomplishing gun-regulated sanity in the US. They are our leaders in using their anger for transformational, liberative change rather than becoming their anger, with long-term paralysis and cynicism.  They teach a great deal about taking time for self-compassion and grieving in private as well as in public.

Anger, like grief, can be hard to get over.

Yes, but especially so if we’re feeling alone. Our response to these horrendous events of violence, or of bigotry-oriented disparities, should always be about solidarity – solidarity both in heartbreak and in anger-fueled accountability and policy change. In this grief work, the grievers repeatedly are teaching me about the “both/and” of mourning and of dogged demands for cultural and political transformation that goes with it. Pando teaches me that we belong to one another whether we are aware of that or not. Thomas Merton, as well as Dr. Martin Luther King, Jr. tells us that we are one and that the cosmos is constructed that way even though some of us imagine that we are hyper-individualistically separate.

What does the Pando tree have to say about any of this?  Is there any wisdom from the forest?

I hear the wisdom whispered from Pando all the time in this work: “We are one. Care for one another. There are no separate selves. There is no ‘other.’” The rootball is so vast that even as some tree trunks rest, many others are sharing their energy. While some grieve, others hold. The one plant, the one-tree forest, is always actively caring.