Cobb and Bacon on King 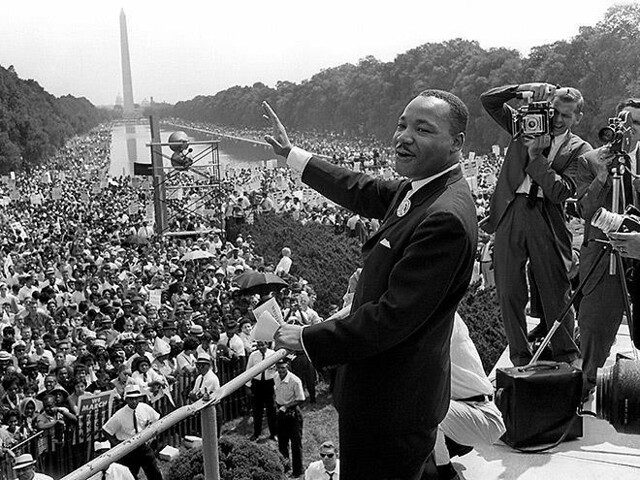 Cobb and Bacon on King

In celebration of Martin Luther King, Jr. Day, we asked Pando Chair John B. Cobb, Jr. and Vice Chair Ed Bacon to comment on the relationship between Pando and King, and intersections between motivating ideas. Cobb and Bacon join King in a heritage of social action anchored in ordained Christian ministry.

PANDO: What was Pando about King?

ED BACON: “This is the way God’s universe is made; this is the way it is structured,” concludes one of my favorite paragraphs from Dr. Martin Luther King, Jr. ‘s last Sunday sermon preached four days before his assassination.

In the pulpit of Washington’s National Cathedral, Dr. King claimed, “We are tied together in the single garment of destiny, caught in an inescapable network of mutuality. And whatever affects one directly affects all indirectly. For some strange reason I can never be what I ought to be until you are what you ought to be. And you can never be what you ought to be until I am what I ought to be. This is the way God’s universe is made; this is the way it is structured.”

JOHN COBB: Pando chose “Pando” as its name to emphasize that the individualism inculcated by “substance thinking” – that is, thinking of ourselves as individual and discrete substances of existence — radically misunderstands people.

Of course, we have our individuality, just as every tree trunk in the one-tree forest we call Pando has its individuality. But our very existence depends on our participation and interpenetration with others, just as each tree in Pando exists only as part of the grove.

BACON: When I first learned from John Cobb about Pando in 2014, there was a profound resonance between that quaking aspen in southern Utah and Dr. King’s thinking. We truly are interdependent and interconnected as Pando reveals. Or as one of the 2018 Pando Populus Pilgrims, Dr. Dan Siegel, puts it in the title of his newest book, we are “IntraConnected.”

Mahatma Gandhi and Martin Luther King, Jr. both called for personal dedication to the cause. But they realized that nothing would happen except as people joined intimately together, presenting a united force to oppression.

PANDO: I know that King was familiar with the work of the philosopher Alfred North Whitehead, and influenced by him. What were the intellectual connections between them and why are they important?

The idea of loving your oppressor goes further than Whitehead went, but he moved in that direction by teaching that religion can be fundamentally thought of as “world loyalty.”

Typically, critics think religion to be more about “world escape” than anything else, and a lot of times of course it is. But for Whitehead, because the interconnections of reality are boundless, so our loyalty should be – and extend throughout the world. The concept comes close to a theological statement even though Whitehead was speaking as a mathematical physicist. He gave metaphysical grounding in ideas like this that inspired King.

Additionally, Whitehead’s teaching that the universe operates fundamentally on the basis of persuasion rather than coercion, love rather than force, moves in the same direction.

PANDO: The religious and theological framing of King’s work is sometimes downplayed. Is it important?

BACON: Dr. King’s passions and strategies for civil rights action, public policy changes, and nonviolent resistance to oppression and nonviolent conflict resolution cannot be understood apart from his religious and theological roots in the theology of “The Beloved Community.”

For King, the ultimate manifestation of love was “agape love,” which he described as “understanding, redeeming goodwill for all,” an “overflowing love which is purely spontaneous, unmotivated, groundless and creative,” “the love of God operating in the human heart.” This is from The King Center, in a reflection on King’s philosophy.

It continues: “Agape does not begin by discriminating between worthy and unworthy people.” “It begins by loving others for their own sakes” and “makes no distinction between a friend and enemy; it is directed toward both…Agape is love seeking to preserve and create community.”

From that root system in love, King taught redemptive love for enemies including for the segregationist.

COBB: King and his movement were deeply grounded in the Black Church. Without the profound influence of that church on Black people even when they were slaves, nothing could have happened.

Black Christians understood that responding to exploitation and cruelty with hatred would destroy their own humanity.

Of course, it is a normal, natural response for humans to respond to cruelty with cruelty. But they knew that Jesus taught them to love their enemies and especially to love those who persecuted them.

King built on centuries of Black Christian teaching. Those who heard him understood.

Supposing that King would try such a thing without this deep Christian background, or that if he did, it would have had any success, is simply not to understand human societies, secular and religious.

PANDO: What relationship does King have to history?

BACON: From a process perspective, I understand Dr. King’s life as a universe-altering set of events in the stream of history.

His energies became catalysts for current and future works in an ecosystem of love, justice, nonviolence, innovation, and interconnectedness.

Contemporary ingenious actions for liberation and sustainability are fueled with energy from the life and teachings of King and of others in the Beloved Community, in which I situate the community of Pando.