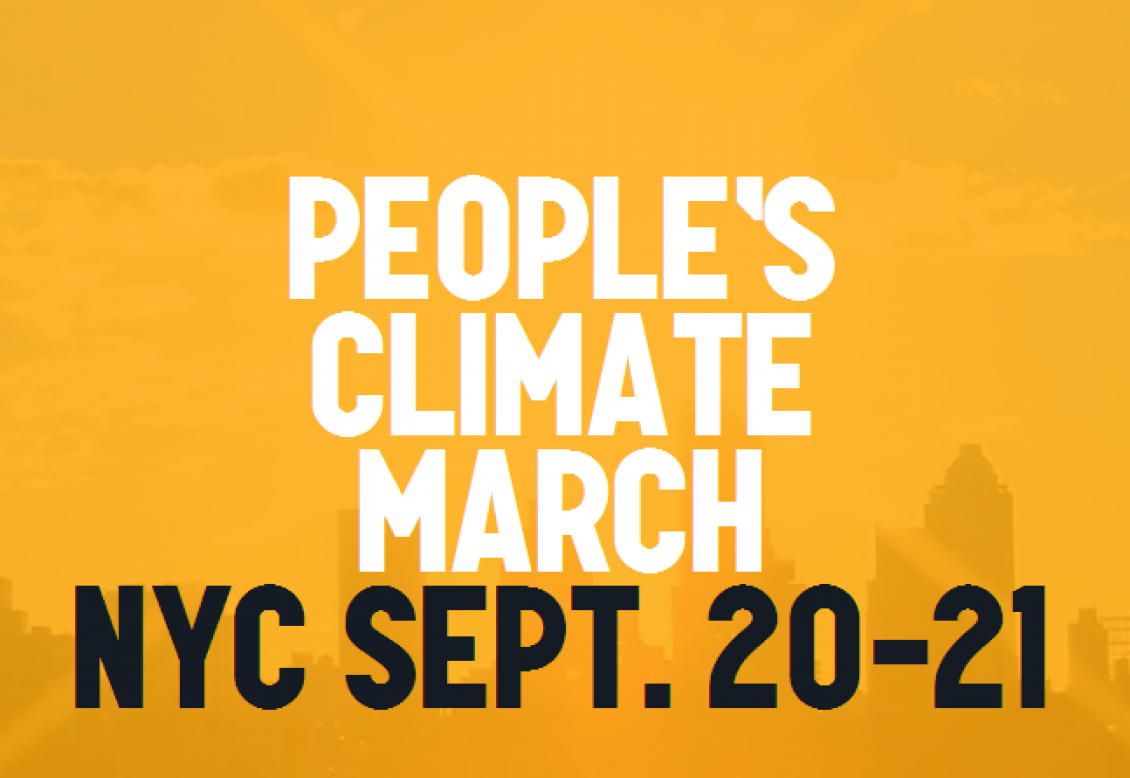 No one is wiser than Bill McKibben about what action may be effective when. At our conference in June next year, he will let us know what we can best do then. But right now, he calls for us to march with him next month.

If you’re on the fence about heading to the People’s Climate March on Sept. 21st, you may be wondering: will it matter if I go?

That’s a reasonable question. It’s certainly true that marching alone is not going to stop climate change. But by bringing the whole movement together, we let the world’s leaders understand that there are strong demands for real action.

Since the other side has all the money (the fossil fuel industry is the richest industry on earth), they’ll always win unless we show up in force. When we do — in the fight against the Keystone pipeline, for example — we stand a chance. We’ve helped keep that one from being built for three years now because our protest has been a match for their cash.

The New York march is about the whole climate fight the world over. Together we hope to make a statement for ourselves, and on behalf of all of our brothers and sisters from pole to pole. With so many world leaders assembled in New York, as they will be the week of Sept. 21st, we need folks on this continent to help make that global passion visible to the powers-that-be.

Of course marches don’t work by themselves. Crucially important work will be done in the weeks and months after Sept. 21. But that work will be more powerful because we’ve stood together, and felt each other’s strength.

Here’s another question, one I’m asked almost every time I speak. “How do you stay hopeful?” I don’t always, but most of the time I do — precisely because I get to see, every day, the remarkable people involved in this fight.

If you’re looking for hope, I can’t think of anywhere better to be than the streets of New York this September.