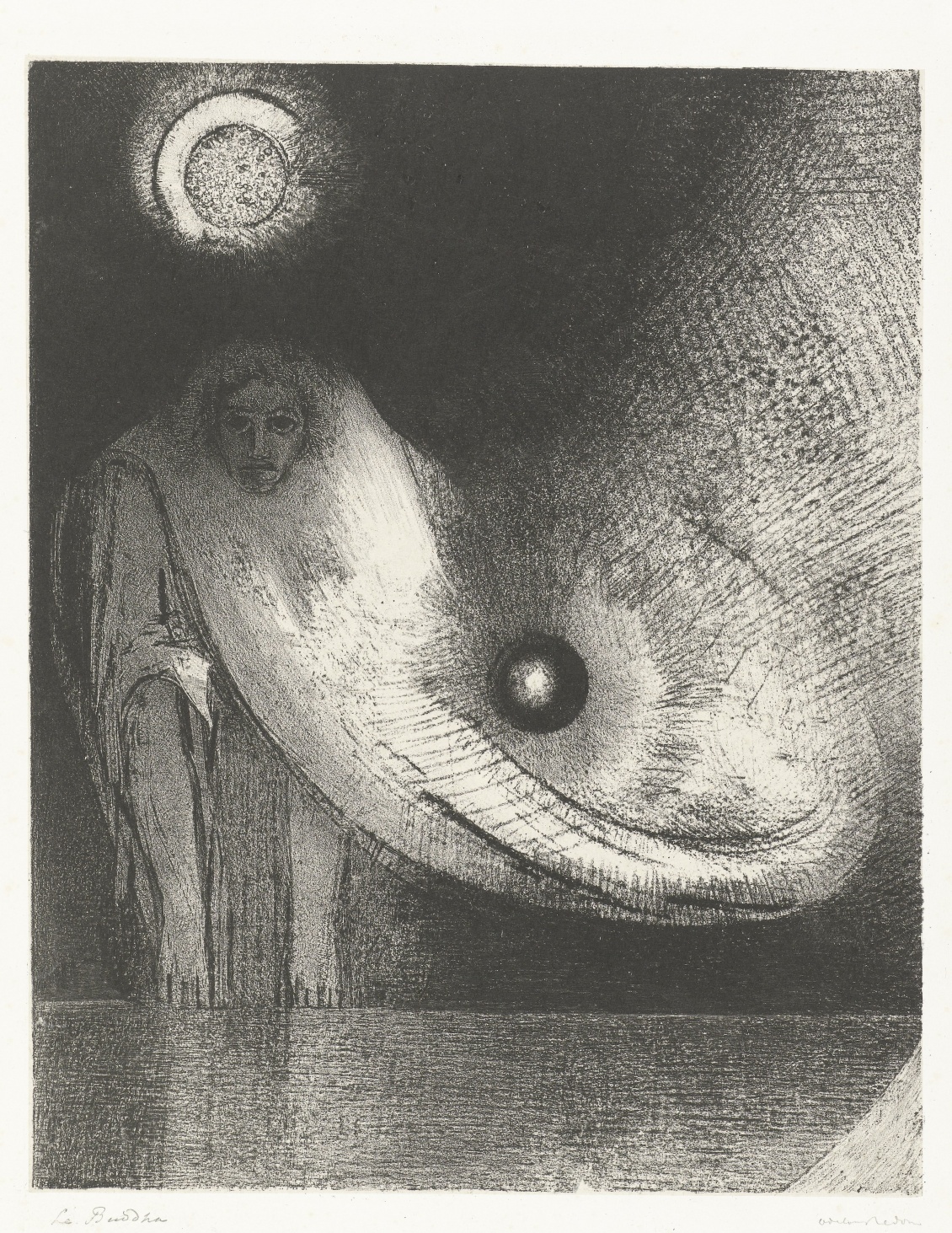 Each Section in the “Seizing an Alternative” conference launches with a plenary lecture focused on one aspect of Whitehead’s thought particularly relevant to the tracks in that Section. Ignacio Castuera is the plenary speaker for Section VII with a lecture titled, “Spirituality” and will discuss the topic of this post.

Whitehead described what he called “rational religion” in various ways.  One of these was “world loyalty” and another was “the art and theory of the internal life.”  Because of its size, we divided the discussion of “rational religion,” that is, the wisdom traditions that arose during what Karl Jaspers called “the Axial Age,” into two sections.  One deals with the Abrahamic traditions and the other, with Indian, Chinese, and Greek ones.  Both of Whitehead’s phrases apply to all, but we judge that the Abrahamic traditions have dealt more with the object of loyalty, and the  Indian and Chinese, with what is today often called “spirituality,” what Whitehead described as “the art and theory of the internal life.”

All too often today, at least in the United States, “spirituality” is juxtaposed to “religion” as an alternative.  “Spiritual but not religious” has become a cliché.  Religion is understood as institutional, hierarchical, dogmatic, otherworldly, legalistic, exclusive, and failing to deal effectively with actual human experience.  All these accusations are valid with respect to one form of religion or another.  Sadly, it is also the case that the pursuit of spirituality, in its rejection of religion, can be problematic.  It often becomes individualist, self-serving, and separated from concerns for justice and peace in the public world.

Secularists often reject both of these elements of the wisdom traditions.  But without world loyalty and healthy development of the internal life we have little chance of responding well to the crises that are already disrupting our lives.  One gain might be to give up the word “religion,” which we have retained largely because of its use by Whitehead.  It is a Western word often rejected by Easterners as misdescribing their traditions.  Its original meaning of “binding together” still points to a great need, but such connotations as otherworldliness, based on widespread accretions over the centuries, may make the term misleading in the West as well.  Furthermore, even in Western usage, the Greek tradition is omitted when “the world religions” are listed, whereas it also arose in the “Axial” period and offers its own distinctive contributions.  In this section, we will shift from Whitehead’s term, “rational religion” and speak of the “Axial traditions” or the “wisdom traditions.”

The wisdom traditions of India can tell us much about the healthy development of the inner life.  It is no less important than the redirection of loyalty to an inclusive whole.  Whitehead does not provide the details of what this healthy development should be, but he does show how deeply these two features of the “Axial” traditions are bound together, and he provides help in responding to the challenge of integrating them more fully and effectively.

For example, Jesus teaches clearly and explicitly that the contemporary focus on gaining wealth is unacceptable.  We cannot, he says, serve both God and wealth.  To serve God involves loyalty to God’s whole creation.  To serve wealth is to exploit it.  We can readily agree that Jesus is right.  But simply acknowledging this rightness does not go far to change human desires and activities in a consumerist society.  We gain more help in this regard from spiritual disciplines developed in India and China.  For example, Buddhist teachers can help us inwardly and actually to detach ourselves from hunger for worldly possessions and prestige.

On the other hand, the Buddhist teaching of nonattachment can lead us to detach ourselves also from concern about what happens to the poor and oppressed and the environment that we need for life itself.  Even if detachment leads us to compassion, that can be experienced and relevant to our action only locally, that is, with those few people or creatures we actually meet.  For full relevance to the critical needs of today’s world, it is important that Buddhist meditation be in the service not only of inner peace and compassion for the neighbor but also of the betterment of the whole.

Those who reject “religion” because of its negative characteristics often neglect  the contribution of the wisdom traditions to world loyalty,  and the efforts within these traditions to overcome these negative features.  Similarly, to belittle spirituality on the basis of its tendency toward individualism  neglects the ways in which both historically and today Buddhist leaders are strengthening their contributions to the public world.  Gotama himself radically rejected the caste system of India.  Today “Buddhists for Social Concern,” illustrates the rich potential of a Buddhism that makes its world loyalty both apparent and actual.   Decades earlier Gandhi showed the world how Hindu spirituality can shape a movement in the service of world loyalty.

We have included the traditions of China under the heading of spirituality.  This fits the Daoist tradition.  But Confucian teaching subsumes individualistic spirituality within the context of society.  Confucians have historically been critical of Chinese Buddhists for their failure to give sufficient attention to the right ordering of society.  Confucianism, and especially neo-Confucianism, may be considered a synthesis of the two strands of “religion” Whitehead distinguished.

Whitehead was himself a wise thinker about spirituality.  He wrote a beautiful chapter on “peace” in Adventures of Ideas that bridges any remaining gap between the art of the inner life and world loyalty.  But I am not proposing that the forms of spirituality developed over the centuries by practitioners in India and China be replaced by his comments.  I do believe, however, that his conceptuality can function in a variety of traditions to strengthen the relevance of their inherited wisdom to the critical problems of our day.

The contributions that Whitehead may make differ in each case.  However, two comments may be made there are on a general basis.  First, it is obvious that the founders of the Axial wisdom traditions lived long before the advent of modern science.  Their more thoughtful followers have worked to distinguish their central teachings from the prescientific conceptualities that shaped their expression.  Unfortunately, their adaptations to modern thought have often led to problems that reflect limitations both with the prescientific worldview and with the materialist and dualist worldviews of modernity.  Whitehead offers a conceptuality that is fully compatible with the findings of science but is also congenial to the wisdom traditions.

Second, the Axial thinkers all lived in the context of long-established civilizations.  These civilizations were based on anthropocentric ways of thought.  Most of these thinkers took this anthropocentrism for granted.  They were not dualists in the modern sense, but the problems with which they wrestled were those of human relations and human interiority.  Today we realize that the separation of the human from the rest of nature is itself a problem.  The wisdom we need today must overcome the assumptions of traditional civilization.  This is recognized by many leaders of the great wisdom traditions.  Whitehead’s philosophy can help them with their urgent task.

Some propose that we should seek a new spiritual religion that synthesizes the best in all the wisdom traditions.  That may well be a worthwhile project.  However, Whitehead has taught us to appreciate diversity and draw from it.  In general we are closer to his vision if we encourage the continuation, purification, and transformation of each tradition through its interaction with others.  All may become more similar to one another in this process, but there is no need to do away with their diverse emphases and potential roles.  Their central contributions to saving the world may differ without conflicting.  Personal and cultural needs may differ, so that it is better to have communities with differing teaching and practice to minister to different needs.  Harmony among diverse traditions is often better than unity.

Even the goal of harmony should be qualified.  Tensions can be healthy, stimulating new thinking.  Even differences that seem irreconcilable may add to the richness of the whole.  For Whitehead, “adventure” is as important as “peace.”