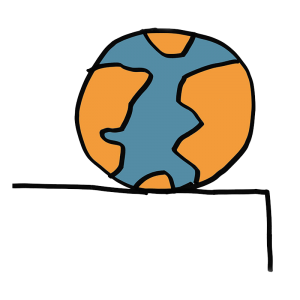 Each Section in the “Seizing an Alternative” conference launches with a plenary lecture focused on one aspect of Whitehead’s thought particularly relevant to the tracks in that Section. Gorgias Romero is the plenary speaker for Section XI with a lecture titled, “That’s Interesting But Is It True?” and will discuss the topic of this post.

We use “proposition” in two apparently quite different ways.  I might tell you “I have a proposition for you?”  That could be the proposal of a business deal.  When we say: “Someone propositioned her,” the proposal is likely to have to do with sex.    Whitehead’s definition of a proposition as “a lure for feeling” has somewhat similar connotations.  For him propositions are the way the world really is inviting attention.  But a proposal is not true of false.  It may be interesting or uninteresting.  As Whitehead says:  “It is more important that a proposition be interesting than that it be true.”  He understands a “lure for feeling “ as the way the world really is, inviting attention.   Nevertheless, what counts for Whitehead, as in typical logic, as a “proposition” must always be either true or false.  So we will start with this use in logic.

Logicians often begin with very simple statements.  “This box is brown.”  Presuming in the context, it is clear to what “this box” refers, the question is simply whether it is, or is not, brown.  Actually, there remain many questions that would have to be settled.  Perhaps in certain lights it appears brown but not in all.  We might have to add “in normal sunlight.”  And then there are people who are color blind, and we would have to add, to persons with normal vision.  And there are colors that are on the boundary between brown and yellow that some would name one way and others another.

Despite these difficulties, most logicians continue to identify the proposition as a linguistic entity and to assume that the language can be settled in such a way that the statement is either true or false.  Whitehead makes a different move.  For him, the proposition is not a linguistic element.  It is a relation in the real world between some entity, usually a society of some kind, and a pure potential or abstract possibility on the other.  If I want to communicate about this relation, I will use language.  My hope is that the proposition to which I am attending will also be brought to the attention of those who hear me or read what I have written.  Fortunately, for the most part, there is likely to be enough commonality that for practical purposes the communication works.  For example, even if the idea evoked in the mind of the hearer by the word “brown” is probably slightly different from the idea in my mind, the difference is usually unimportant.

Technically, Whitehead understands a “propositional feeling” to be a form of integrating a feeling that indicates a particular individual actual entity or, more commonly, a society of entities with a feeling of an abstract possibility or pure potential.  The indicative feeling is a “physical feeling” or a “transmuted feeling,” that is, one that integrates many physical feelings into one.  The feeling of the pure potential is a “conceptual feeling.”  The integration that is the propositional feeling is the feeling of that actual thing as characterized by that pure potential.  The proposition that is felt is, or is not, realized in the objective world.  It is true or false.

Thus Whitehead shifts the meaning of “proposition” from a linguistic statement to a way the world is.  This is important in several ways.  It frees him to accept the inherent and inescapable ambiguity of language.  The effort of philosophers to achieve full clarity and exactness has directed effort in the wrong direction.  It makes the error that Whitehead calls, the fallacy of the perfect dictionary.  It implies that there are unambiguous terms in which the ambiguous ones can be defined.  Whitehead notes that all terms are ambiguous, so that there is an infinite regression.  This has considerable importance.

First, although Whitehead shares in the judgment that language is immensely important, he is not part of the community of linguistic philosophers.  He redirects attention from language to the way the world (including the experience of the world) is.  The effort to find truth deals with what is intended in a particular instance of speech rather than the verbal statement that expresses the intention.  The focus of philosophical and scientific inquiry shifts from language to cosmology.

Second, he takes seriously the idea of truth and falsehood.  Whereas assigning truth or falsehood to linguistic expressions is ultimately futile, this does not mean that reality itself lacks determinateness.  The quest for truth is valid and important.  And of course the effort to communicate true propositions shares in that importance.  In this effort, language plays a useful, often a necessary, role.

But third, the importance of propositions is not limited to matters of truth and falsity.  Language is used to evoke attention to features of the world that another person may be missing.  Perhaps someone wants me to look up at a branch in a nearby tree.  She has propositional feelings of a rare bird being there.  Her interest may be in my entertaining the same proposition, but the most effective method may be just to point with a certain expression on her face, or to say “look quick” with some excitement.  These gestures may lead to the result better than the sober statement that there is a rare bird there.   Of course, it may be that the proposition the speaker entertained was false.   Perhaps the bird in the tree is of a common species.

Much more broadly, in the process of teaching, capturing the interest of students is more important than the exact accuracy of the propositions they are led to entertain.  Students who become interested in the creation of the Declaration of Independence will remember some of what they are told or perhaps what they erroneously thought they were being told.  The interest has a chance of evoking further attention that may lead to more and more accurate propositional feelings.  It may affect the later political thinking of the student.   If the teacher communicates only with great concern for precision, the student may memorize facts for an exam and then forget them.   Of course, a fact presented by the teacher very drily occasionally evokes strong emotion in a student hearer.

Many of the most important statements are not to be evaluated in terms of their truth or falsity.  They may inspire efforts to change reality.  They may bring comfort.  They may encourage people to follow their leaders into a disastrous war.

If we ask about truth and falsity of what transpires in these circumstances, one may even judge that the statements that led to terrible consequences evoked the feelings of propositions that were factually true, whereas the propositions felt by the one who was comforted were factually false.  People can be at a deep level deceived by evoking selected true propositions for attention.   And people can be comforted by statements that evoke propositions that they know are not strictly true.   None of this means that we should be indifferent to truth, but when propositional truth is separated from a wider context of human values it becomes a secondary consideration.

We can think of a distinctive culture as a society of people who share a pattern of meanings with similar subjective forms.  These meanings are evoked in most members is the society by common propositional feelings.  The subjective form of the entertainment of these propositions, that is the emotions associated with them, are also similar.  Accordingly they inform behavior and the way that behavior is understood.

One may, of course, ask with respect to the propositions that are felt whether they are true or false.  In some cases this is very important.  It has been true of many peoples that they have entertained propositions about their superiority to others.  The idea of American exceptionalism is still widespread in the United States and has significant political and international consequences.  Its truth or falsity is an important question.

However, the main lesson to be learned from Whitehead is that differences in cultural beliefs do not usually entail a call for judgments of truth and falsity.  Many beliefs held by Westerners may be true, within limits, without any denial of truth to different beliefs held by Chinese.   In this conference, for example, we are seeking to understand how both the Western understanding of the body and the Chinese understanding can be true.  That they are both true seems entailed in the effectiveness of both Chinese and Western medicine.  Whitehead’s philosophy helps us to see that, on the whole, cultural diversities enrich the world.  Ranking cultures hierarchically blocks our appreciation of one another.  In recent decades more Westerners have come to realize how inappropriate has been our condescension toward indigenous people and their cultural wisdom.

On the whole, the changes that are needed if humanity is to flourish are more advanced in culture than in any other area.  This is especially true in the arts.  Whereas a century ago, art appreciation usually left people largely limited to appreciation of their own cultural heritage, now there is appreciation of many forms of art without depreciation of one’s own.  Objects that were once viewed as suitable only for museums are now displayed in art galleries.  Difference emphatically need not mean conflict or require ranking.  Much the same can be said about cuisines.

This improved ability to recognize value in what is profoundly different is due partly to the increase in interaction among peoples of various cultures.  Unfortunately, this increase has also exceeded the speed of change in attitudes toward diversity and in the ability to assimilate diverse cultures into a healthy society.  Extensive movements of people has created cultural confusion and often generated animosity.  The need to find ways of living together and of learning from one another has increasing practical urgency.

The problems are also internal to the several cultures.  All cultures have shaped and are shaped by their technologies.  As technology changes, cultures change.  Today, similar technological changes affect all cultures.  There is a tendency to develop a technological culture that depreciates all the inherited values and styles of life.  In reaction, there is a tendency to absolutize cultural beliefs and practices rather than adapt them.

The recognition of cultural diversity has created problems for morality.  Most cultures have tended to treat their moral judgments as universal.  This has helped them in communicating this morality to successive generations.   Whereas recognizing the relativity of aesthetic values and cuisines does not threaten social order, the relativity of moral practice does.  We hope that a shift to Whiteheadian thought would enable people in many cultures to appropriate values that could guide us all without focusing on specific sets of do’s and don’ts.