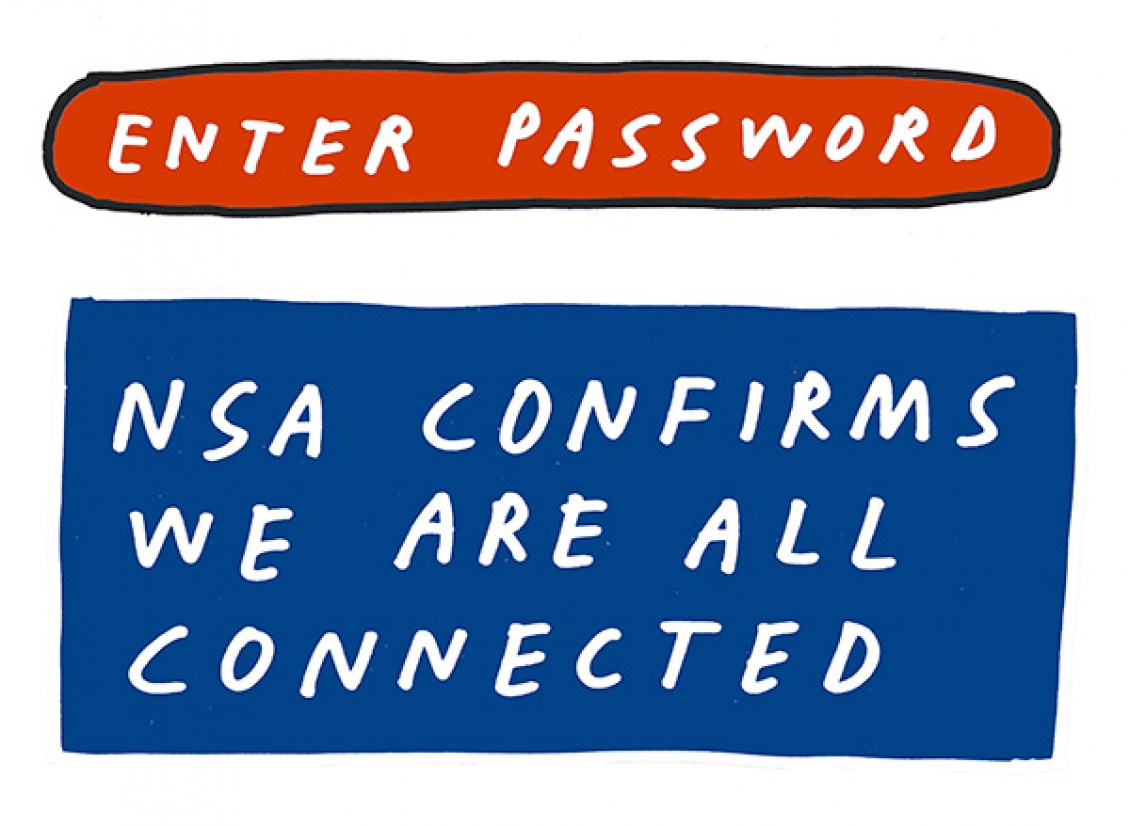 Each Section in the “Seizing an Alternative” conference launches with a plenary lecture focused on one aspect of Whitehead’s thought particularly relevant to the tracks in that Section. Mary Elizabeth Moore is the plenary speaker for Section VI with a lecture titled, “World Loyalty” and will discuss the topic of this post.

In a time of global crisis, if we want to move toward ecological civilization, our concerns need to be global.  If something like ecological civilization arose here or there, but people everywhere put the interests of their nation or region first, these civilizations would struggle with one another over the remaining resources.  Such struggles would prevent any of them from remaining “ecological.”

The need is still more specific.  Thinking “globally” can worsen the situation.  The dominant form of global thinking today is imperial.  The CIA is commissioned to think globally about the interests of the United States.  Here the globe is the object of thought, but the perspective is national.  The CIA is expected to be loyal to one country and to view the globe from that perspective.  Sadly, we know that this kind of globalism exacerbates the threats that endanger the globe.  In a time of global crisis we need leaders who care about the whole world and think in terms of what is good for the whole.  We need world loyalty.

This world loyalty must be deep and genuine.  People with strong limited loyalties often profess to be devoted to the interests of the rest of the world.  Europeans colonized much of the world, bearing the “white man’s burden” to bring civilization to all.  New England slave traders and Southern planters claimed that slavery was justified because it exposed Africans to the Christian gospel.  Americans fought World War I to make the world safe for democracy.  The Japanese expanded their empire to give others the benefit of co-prosperity under the rule of the divine emperor.  The United States conquered Iraq so as to liberate its people from tyranny and give them democracy.  Most people today see through the slogans that were effective in the past, but they are often taken in by new ones in the present.  Today we advance the interests of the United States by freeing the world from “terrorism.”

Most of us can see that when the concern for other peoples is expressed in terms of our interests and values, it does not provide the leadership we need.  Viewing the whole world from one’s own perspective does not generate global loyalty.  World loyalty can come only from viewing one’s own commitments and convictions from a global perspective.

This is not a “natural” activity.  We are genetically predisposed to think in terms of “us” and “them.”  “We” may be a tribe or a nation, or even an empire.  “They” are those who see reality differently, and, therefore, from our perspective, wrongly.  “They” are dangerous.  “We” must defend ourselves against them.  Sometimes that requires attacking them before they harm us.

For hundreds of thousands of years evolutionary selection favored those tribes in which the individuals subordinated personal interests to the well-being of the tribe.  Loyalty to “us” is deeply ingrained.  “Traitors” are everywhere reviled.  All tribes and nations celebrate their heroes and hold them up before their children as models to be emulated.  Even today a tribe or a nation that does not have the loyalty of its people can hardly survive.

World loyalty is in tension with national loyalty and, accordingly, is not easy to attain.   Simply asking for people to think and live in that way is not sufficient.  Viewing critically all that one has been brought up to admire, all one’s convictions and commitments, all that one’s neighbors expect of you is not easy or even safe.  It is a special activity and attainment which rarely gains one the appreciation of others.  Most people do not want to have the worlds turned upside down and certainly do not want to be led by those whose perceptions and values result from such transformation.

Nevertheless, there are those who have moved some distance in this direction and there are communities that encourage world loyalty.  Whitehead noted this.  He suggested that world loyalty is supported by the kind of thought that emerged independently in various parts of the Eurasian landmass about twenty-five centuries ago.  In China there were Confucius and Lao Tzu; In India, the founders of the major schools of Hinduism and Gautama Buddha; in Persia, Zoroaster; in Israel, the great prophets; in Greece, the great philosophers.  Karl Jaspers gave to this period the name “Axial Age.”  Whitehead called the traditions that took up the heritage of these men “rational religion.”  Previously religions were tied to particular groups of people identified by tribal, national, or imperial loyalty.  The “rational religions” transcended their local communities and developed into what we call the “world religions” (as well as universal philosophy).  Whitehead noted that in these “rational religions” there was a call to look at oneself and one’s culture from an inclusive perspective.  The inclusive perspective is that to which one is to be committed.  A major characteristic of these religions is “world loyalty.”

The emergence of world loyalty depended on profoundly personal experience and reflection.  By going deeply into one’s individual experience one could transcend the conventional “we/they” distinctions and find a deep connection to the whole that included both “us” and “them.”  One could see that “they” have ultimately the same status in the universe as do “we.”  One could view oneself, one’s culture, and one’s people as one among many without the ranking of friend and foe, or superior and inferior.  This possibility, once introduced into human history, has been affirmed and taught in all the traditions that stem from the axial period, and it has been actualized again and again; but it has never been the dominant force in any large group.  The actual communities that tried to follow these great leaders continued to be shaped more by the deep-seated division of the world into “us” and “them” than by the call to world loyalty.  Indeed, the new religious communities often became the “we” that opposed “them.”

The tradition in which the critique of established tribal and national religions was most explicit and emphatic is that of the Jewish prophets.  Their basis for the critique lay in their belief in a deity.  This deity was initially the “God of Israel” and did not exclude the reality of the gods of other peoples.  But as time passed, the God of Israel became the creator of heaven and earth.  The other gods were mere idols.

To claim such a role for a tribal deity could and did express itself in claims to superiority.  Probably this has always been the most common expression of monotheism.  However, it also led to a different interpretation.  If the God of Israel is truly the God of all people, then Israel should view its tribal practices and self-congratulation from a larger perspective.  If it had been given a special role, this was a challenge to be concerned for the inclusive good.  Trying to please the Creator of the world with sacrifices and special ceremonies was a waste and even worse.  God’s concern was for justice and righteousness universally

Whereas previously, and still in much of the world, where God is spoken of at all, loyalty to God and loyalty to one’s people have been co-terminus.  The prophets introduced a profound tension.  Total loyalty to one’s own tribe or nation, or even one’s religion, is idolatrous.  To be loyal to God is world loyalty.  It was this move that opened the Jewish tradition to Gentiles and paved the way for Christianity and Islam.  The result has been what we often call the Abrahamic tradition, the largest of the world’s wisdom traditions.  .

The Jews canonized the prophetic writings in their sacred scriptures.  These scriptures were also the scriptures of the early Christian community, later supplemented chiefly by stories of Jesus and the reflections of Paul.  Islam was given its own scripture, but its content overlapped extensively with the Jewish and Christian scriptures.  Hence, these three communities, however frequently they have relapsed into we/they thinking, have been continuously confronted by the prophetic call to world loyalty.

The Hebrew prophets focused on this world.  By the time of Jesus, Jews were divided as to whether to affirm life after death.  Christianity and Islam gave considerable attention to rewards and punishments after death.  This continued in the teaching of the deists in the seventeenth and eighteenth centuries.   Participants in all the Abrahamic traditions have at times focused on an “other world” at the expense of the prophetic call for world loyalty.  Today, however, there is widespread rejection of this otherworldly element in inherited religion both among believers and among external critics.  This does not require the abandonment of belief in life after death.  But this later addition to the prophetic tradition is obviously not a requisite of the world loyalty it emphasized.

Whitehead’s philosophy strongly supports world loyalty and even expands it.  The axial thinkers tended to focus on the concern for all human beings.  Today we see that this anthropocentrism is part of the problem.  Whitehead helps us to incorporate the other creatures into the “world” to which we give loyalty.

Obviously no one today can think of God in just the way the prophets of ancient Israel thought.  This was true already in the Greco-Roman world where the intellectual elite were influenced by the Axial tradition of Greece.  In the cosmologies of Plato, Aristotle, and the Stoics there was a place for deity, and the Greeks had engaged in critical discussion about it.  This thinking shaped and reshaped the Christian, and later the Islamic idea of God.  It did not challenge the idea of world loyalty.

Even today, thinking about God and the rejection of that belief largely refer to the Hebrew and Greek ideas.  Our “world” is almost infinitely larger than theirs, and our knowledge about the cosmos precludes simple ideas of a “Creator.”  But on theology as on many other topics, Whitehead’s effort is to develop ancient insights rather than to discard them.  The actual effect of denying God is all too often an intensification of national or ideological loyalties or a deification of wealth.  When those who reject theism avoid limited loyalties, they often tend to nihilism.  Whitehead proposes that in contemporary cosmology also there is need for One who functions creatively in the world, supports our hope, and is worthy of our loyalty.

Today the need for world loyalty is more obvious than ever before and more and more people find themselves relating to those who were not part of their previous group.  The possibility of world loyalty grows with the need, both among theists and nontheists.  Much of the leadership of the traditions that have taught world loyalty is seeking to purify these traditions from other teachings and practices that have worked against it.  I believe Whitehead can help in this urgent process of transformation.