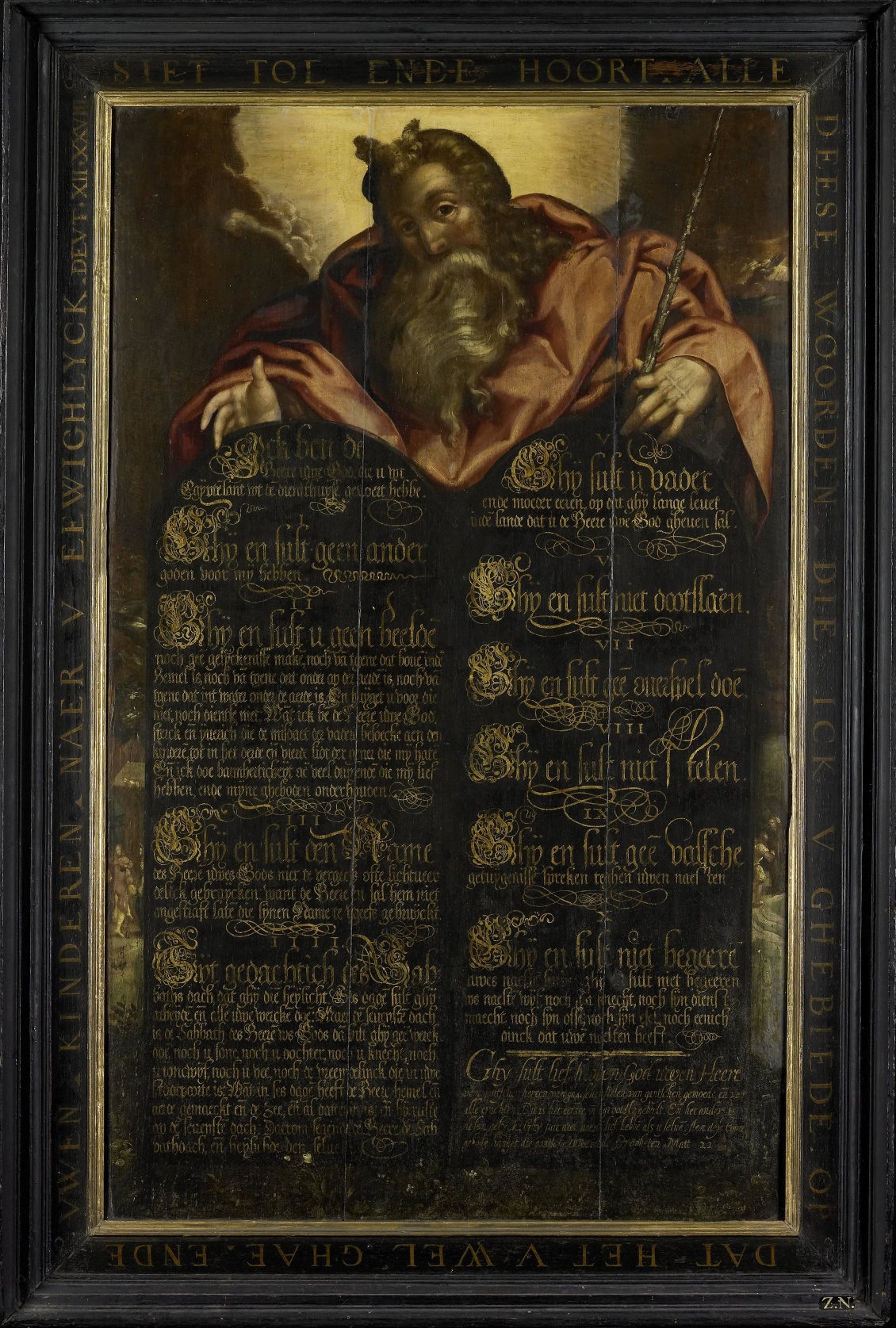 The Tablets of the Law of the Ten Commandments in calligraphy shown by Moses, Anonymous, c. 1560.  Courtesy Rijks Museum.

As must have been the case with Moses, you never have to ask David Griffin to tell you what he really thinks. He tends to spell it out.  Most recently, he’s been reworking  Moses’s 10 Commandments for a warming world.

Griffin has just released a major new book on global warming, “UNPRECEDENTED:  Can Civilization Survive the CO2 Crisis?” and is the banquet speaker for our June “Seizing an Alternative” conference.

Number 1 of the rewrite is, “Thou Shalt Not Ruin Civilization’s Climate.”  He puts it this way:

Civilization emerged about 10,000 years ago, after the emergence of the Holocene epoch, which was the “Goldilocks zone” for civilization: not too hot, not too cold. That ideal climate existed because the level of carbon dioxide (CO2) in the atmosphere hovered around 275 parts per million (ppm).

However, since the rise of the industrial age, based on fossil-fuel energy, the level of CO2 has been rising steadily, so that now it is above 400 ppm. This increase has already caused the planet’s average temperature to rise 0.85 degrees Celsius (1.5 degrees Fahrenheit), and the CO2 in the atmosphere is already fated to push the temperature up further, because there is a lag — most recently estimated to be about 10 years — between the CO2 emissions and the effect on the temperature.

By “catapulting ourselves way out of the Holocene,” as one physicist put it, we have already changed the planet significantly. This catapult is causing many changes that violate climate commandments.

Number 2 is:  “Thou Shalt Not Impose Hotter Weather on People.“

Number 3 is:  “Thou Shalt Not Impose Drought on People.“

And so on.  You get the idea.  Like Moses, Griffin is stating what could be common sense — except for the fact that it’s not common.

Alfred North Whitehead says something about generalization being the salt of religion — by which he means taking a specific idea, say, love of the tribe, and generalizing it, to love for humankind.  Griffin is doing that with the big ideas of Moses — generalizing the values that Moses laid down.