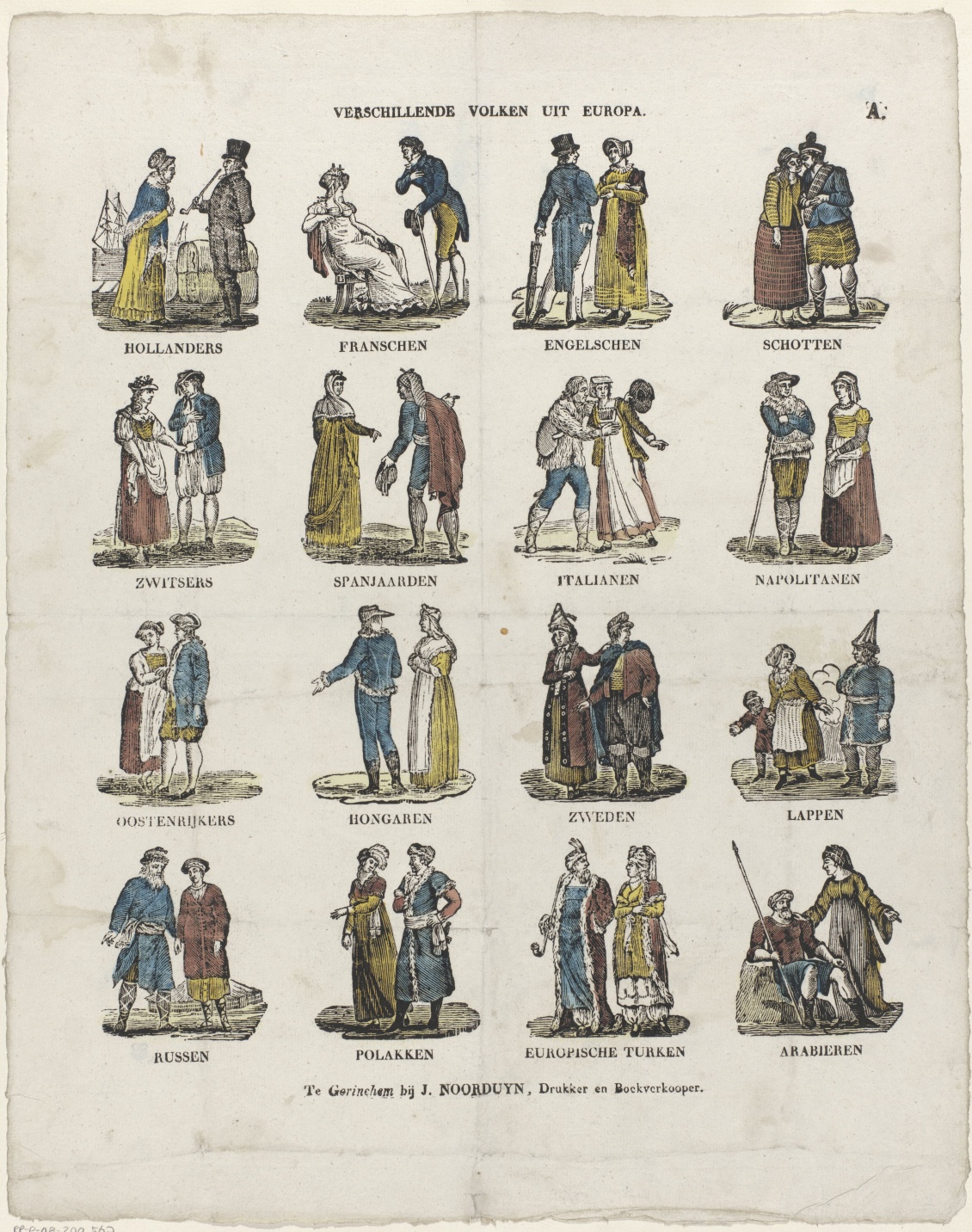 The Brexit vote caps a season of unexpected events that may, or may not, portend a profound historical change. I view them in a context of thinking about history that I developed in the nineties. (See The Earthist Challenge to Economism, Macmillan, 1999.) I proposed that we view Western history, after the fall of Rome, in terms of three periods distinguished by the deepest level of loyalties and the ways people understood themselves.

First, there was a period of a thousand years of “Christianism.” People identified themselves less by their ethnicities or the political rulers they served than by their religious belief or status. Overall, the church was the most powerful institution. It played a major role in the economic order, and political rulers gained their legitimacy from church teaching and sometimes coronation. The great wars were fought against another religion: Islam. The greatest crisis arose when the unity of Christendom was ended by the rise of Protestantism. Christians began to fight Christians about religious matters.

Christendom broke up over an extended period as national languages were created by the printing press and people became aware of themselves as French, German, Italian, and so forth. Economic institutions were regulated and empowered by national governments. The great wars were fought between nations over matters of national interest. This pattern was well established by the middle of the seventeenth century when the Thirty Years War, initially between Catholics and Protestants, was finally ended by agreeing that princes could make the decision about the religion of their subjects.

The modern world is characterized by “nationalism.” Nationalism culminated in two World Wars. By the end of the second one, Europeans were ready to try a different experiment. It could be thought of as shifting loyalty to a federation of nations, so that wars between them would no longer occur. The United Nations represented a move toward that alternative to nationalism although with very little power or loyalty from either nations or their citizens. Europe took a much stronger step in creating the European Union. This had real power, and many citizens of the European nations had a strong sense of their identity as Europeans. It has contributed to ending warfare between European nations.

It would be a mistake, however, to think that the primary shift of power and interest was from nations to international bodies. From the beginning, the major argument for European unity was economic. And the first great advance was the shift from national currencies to a continental one.

Even before World War II, the alternative economic systems—capitalism and communism—were principles of major division. Hitler hoped that Western Europe would join him in a crusade against communism. The priority of nationalism was still such that Western capitalist countries allied with the USSR against Germany. But as soon as Germany was defeated the opposition of economic systems rose to primacy in global affairs.

Accordingly, we can date the shift from nationalism to economism with the end of World War II. But just as religion has continued to this day to play an important role, even more, national feeling did not cease to be important when economic considerations became the dominant concern. Indeed, it was often necessary for those chiefly concerned with the economy to claim that this was for the sake of the people of the nation, and sometimes this was believable. The industrial system whose profits were claimed by capitalists provided goods and employment to the people. Wars fought against communists could be understood in part as defending the middle class “American way of life.”

The shift from nationalism to economism entailed the increasing power of economic institutions over political ones. But this was not immediately or obviously opposed to nationalism. Most capitalists had nationalist feelings, and economies were essentially national. The English political economist David Ricardo (1772-1823) could affirm the principle of “comparative advantage” on the grounds that capitalists would invest their money in their own countries.

Obviously, the rich always had far more power than the poor in deciding national policy. Even in democracies, the franchise was frequently limited to male property owners. During the nationalist period the franchise was gradually extended. Especially after the collapse of the Soviet Union, the economic institutions gained increasing control over the electoral process by providing for many leaders in both main parties, funding would-be politicians and heavily influencing public opinion through the media.

The split between economism and nationalism deepened as the industrial economy gave way to the financial one. In the interest primarily of finance, national boundaries were leveled, even though this was obviously not in the interest of the middle class industrial workers whose jobs were sent to cheap labor locations. The major way of making money became the creation of money without reference to the creation of goods or jobs. Finance could also exercise power over industry. The money made in these ways enabled the financial institutions to heavily influence “democratic” processes. These institutions developed tight global connections that helped them to make use of national governments to their own ends. Often in its history, the United States has provided the military power to enforce the will of business and financial interests when this was needed.

That the government seemed to be working more for the financial institutions rather than the people themselves became publicly apparent most recently when the excessive speculations of the banks brought about a banking crisis. That the government could provide unlimited funds to save and enrich the financial sector while ignoring the needs of the people was painfully obvious. In the United States, the obstacles to buying elections seemed to be overcome by the Supreme Court in “Citizens United,” and the intention to do so by influential people was brazenly announced.

The recent surprise was that the propaganda and bribery and top-down organization of the political parties by which the financial institutions had so heavily influenced politics rather abruptly ceased to work smoothly. This was most dramatic in the U.S. Republican Party. Its rank and file had been kept in line partly by emphasizing nationalism rather than support of Wall Street. The majority finally revolted in favor of a reactionary nationalism.

On the Democratic side, Senator Bernie Sanders gave expression to the growing dissatisfaction with leadership committed to prioritizing financial interests. The Democratic Party establishment was able, although with difficulty, to contain the revolt and presumably will nominate a candidate who will dependably support Wall Street. The neo-Conservatives and some establishment Republicans will rally behind, along with many “liberal” Democrats. This leaves the Sanders Democrats and independents with nowhere to go. The election contest is now slated to be between reactionary nationalism and the over-influence of financial institutions. The leaders of both factions are immensely unpopular with the American people as a whole. This strong dislike of both candidates along with their vulnerability to further exposure may yet lead to more surprises.

In Europe, the treatment of Greece made it clear that financial concerns trump political and humanitarian ones. The well-being of the financial system is the primary interest of the European Union. Its announced aim is to integrate the economy of Europe more and more tightly. The punishment of Greece for its threat to refuse bank-rule frightened other Mediterranean countries into obedience. However, this treatment of a member of the European Union that considered serving the interests of its own people may have contributed to the dislike of the European Union.
British nationalism had prevented its full participation in the Union, and Britain’s having retained its own currency reduces the ability of the European banks to punish it. British nationalism, perhaps specifically English nationalism, much of it of a reactionary sort, is chiefly responsible for the Brexit vote.

This may portend a major historical change. Perhaps the Bank of England, despite its opposition to Brexit, will protect Britain from severe financial problems as it separates. Perhaps other nations will also reaffirm their independence. Perhaps in the newly independent countries, the financial institutions will lose their control. Perhaps the world will fragment politically, and nationalism will recover dominance in world affairs.

On the other hand, with the coming presidential election it may be that a compromise of nationalist and economist forces is found that both can accept. If Secretary Clinton is elected, perhaps she can reconcile nationalists to the dominance of economism by giving them more of its fruits. And perhaps she can persuade the financial institutions that some such sharing is in their long-term interest. Although I believe it is unlikely that her announced opposition to the Transpacific Partnership is real, perhaps she will persuade Wall Street to cease pushing for these additional acts of surrender of national sovereignty.

Or, perhaps more likely, this may prove to be the last gasp of nationalist resistance to a global economism. Clinton may restore and deepen the alliance of government and financial institutions and so restrict the role of the public in American society that future nationalist revolts will be more difficult. Perhaps she will place the U.S. military even more fully at the disposal of global banking interests.

When I wrote about these matters in 1999, I proposed that economism might give way to “Earthism,” what today we could call an “ecological civilization.” Sadly, in the current election and in the European crisis, the fate of life on the planet receives little attention. We observe a battle between two forces, neither of which offers much hope for the future. But this has been a surprise. Perhaps there will be another—more promising—one. Let’s work for that.