Is the Modern World Crazy? 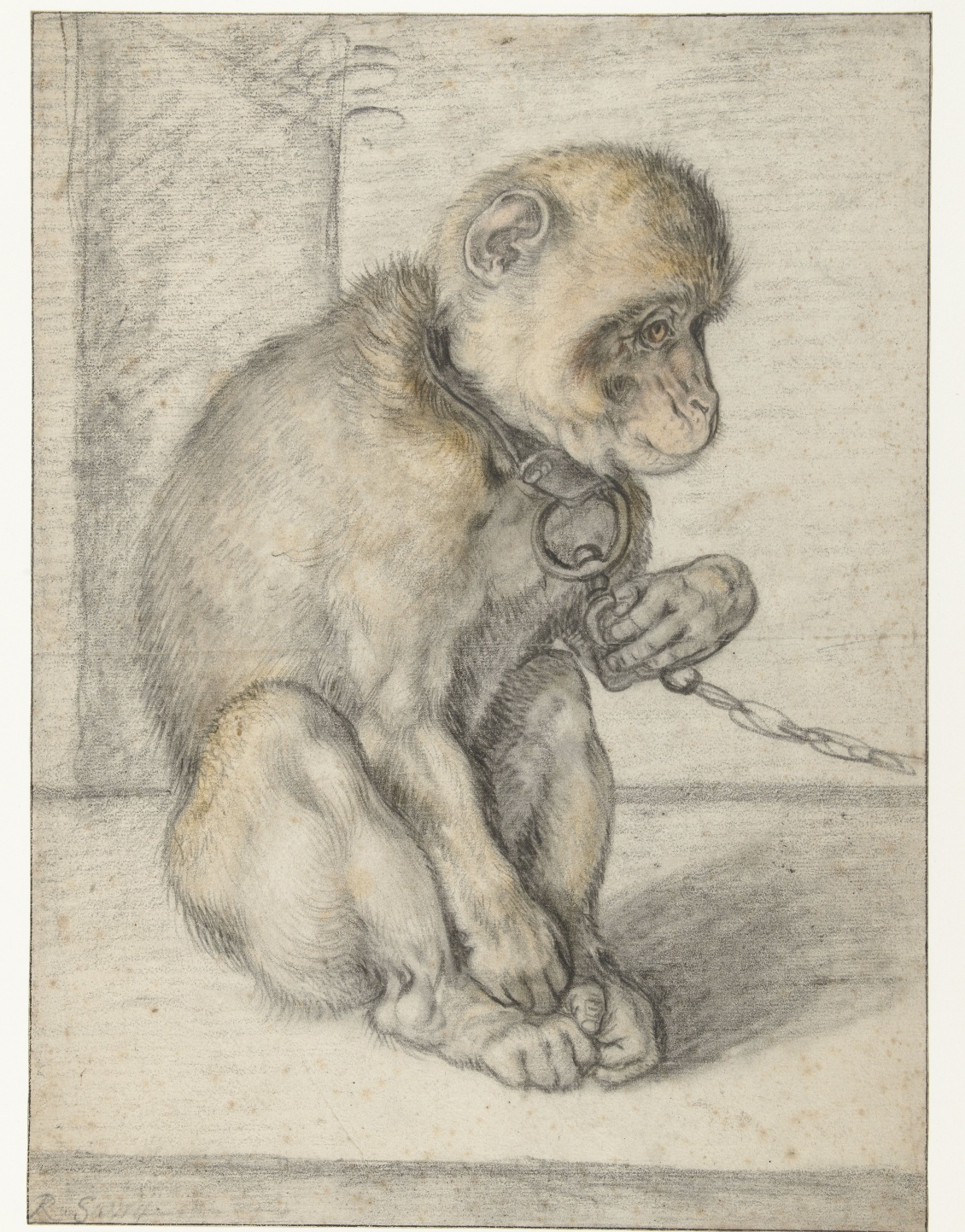 Is the Modern World Crazy?

Each Section in the “Seizing an Alternative” conference launches with a plenary lecture focused on one aspect of Whitehead’s thought particularly relevant to the tracks in that Section. Catherine Keller is the plenary speaker for Section I with a lecture titled, “The Fallacy of Misplaced-Reality?” and will discuss the topic of this post.

“Is the Modern World Crazy?”  My answer is “Yes.” Of course, from the perspective of the majority, that is, those who are socialized into and committed to the modern world, it is people like me who are crazy. We can be grateful that the modern world has been relatively tolerant of our craziness.

Even from my “crazy” perspective of calling the modern world “crazy,” the abrupt affirmative answer depends on giving particular meanings to the words used. I am using “modern” here to refer to the world of the twentieth and the twenty-first centuries. I think that collectively we have been certifiably crazy and are currently increasingly so. The craziness did not begin in the year 1900, but it has certainly grown dramatically since then. The fact that we take such pride in our accomplishments during that period, and view with condescension those who do not share them, does not reduce the craziness. That is why it is so important to seize an alternative, ecological way of living.

Of course, asserting that we are “crazy” presupposes a meaning of “crazy” as well. To be crazy is definitely not to be stupid. In many ways we have been collectively brilliant. Consider the advances in medicine, science and technology. But brilliant people can be crazy.

To be crazy does not mean to be mistaken. We are all mistaken about many things, but this may be simply because we have not had time, or taken time, to examine the evidence or think through the arguments for ourselves. Further, making erroneous judgments from limited evidence is not crazy.

To believe what we are told is not crazy even if the belief itself is totally absurd and groundless. This helps us distinguish collective craziness from individual craziness. We all believe for the most part what our culture teaches us to believe. We can become part of the community only by doing so. It is people who question a great deal of what the culture takes for granted who are commonly considered crazy. Sometimes they really are, but sometimes they turn out to be the great transformers of culture. But if the culture teaches crazy ideas, and especially if it does so even when the craziness of the ideas becomes apparent to those who consider them, then the culture is crazy. I am asserting that the modern world is crazy in this sense.

I do not call us collectively crazy because all of us are continuing to act in ways that are collectively self-destructive. Many of us as individuals have to do this to survive or at least to function effectively in the world. But what we are doing is crazy, which is demonstrated (one demonstration among many) by the consequences of the global warming we are collectively generating. We have had the basic information for decades, and there have also been many good proposals for change. But collectively we have refused numerous opportunities to break our addiction to the modern industrial way of life. Given its known consequences, that refusal is crazy.

The Pando Populus inaugural conference is responding to this craziness in two ways. First, in Section I, we are examining the utterly critical problems into which our collective craziness with regard to climate change and other fundamental matters has led us. We are proposing immediate responses, talking about what can now be done. Second, most of the conference will be treating our problems in a long-term perspective. If we gave up some of the crazy ideas to which we now cling and thought in a more sensible manner, what might we do? How would we order society? Can we start the process of working toward an ecological society even now?

We believe that Whitehead can contribute in a variety of ways. We will not resolve our problems or create a healthy society with the ideas and thought forms that have led us deeper and deeper into the mire. We must think more clearly and more coherently. We can begin by seeing some of the problems with the way we have been thinking. Whitehead is extremely helpful here. He points out that again and again our leading thinkers as well as the rest of us commit what he calls “the fallacy of misplaced concreteness.” If we want to restore sanity, we must note and identify this fallacy wherever it occurs and find ways to avoid it.

In once sense the fallacy is very simple. It means that one treats something as if it were fully actual or concrete when it is not. The simplest cases are when one treats what is merely abstract as though it were an actual thing that could have causal effect in the world. An economic “law,” for instance, is not anything actual but rather just represents a habit of policy or of mind. It’s an important distinction to remember when, say, discussing economics for the common good.

Another case of the fallacy of misplaced concreteness is to take a single feature of something and treat it as if it had its own independent existence – or even as if it were the whole rather than just a feature of the whole. In fact, it’s the whole of anything that is the only really actual or concrete thing there is. Particular features are not. The organization of the university into academic disciplines actually encourages this fallacy. Each discipline is thought of as largely self-contained and able to advance research by focusing on particular aspects of the world – for instance, many economists feel they can largely ignore ecologists and still give an accurate description of how the world works, along with a reliable proscription for how it should work. The recent increase of craziness largely results from this kind of move.

I reference the misplaced concreteness on which economic theory is based because it may be the most important in relation to our problems. Economists long ago noted that human beings in general want goods and services and like to work as little as possible. They typically want to acquire as many goods as they can for as little effort as necessary. Of course, much of this can be true so far as it goes. But then economists abstracted this one feature of human experience from a fuller understanding of human experience as a whole. As a result, they worked out their theories as if this feature was the only one of importance in economic activity. It represents the fallacy of misplaced concreteness because it focuses unduly on only a slice of abstracted reality and all too easily ignores the larger whole – that is, the only concrete thing there is.

In the example we have chosen, the characteristics of human beings on which the theory of economics is built ignore most human relations and the importance of community. Accordingly, the policies that implement the theory consistently degrade community. But since within the system there is no reason that community should be valued, this has no effect on the evaluation of the policies. Economic growth becomes the end goal, regardless of what this means for the communities that it ought to serve.

Similarly, economists know that natural resources are needed for the production of goods. These resources are concretely parts of the natural world. These parts are of many types and play many roles both in nature and in relation to human beings. But their role as resources for production of goods for human consumption is abstracted from their total reality and is just one part of the whole picture. If economists clearly realized the abstraction with which they were working and recognized that what they accurately identify as “resources” for production play other important roles, the abstraction would be acceptable. But typically, policies are formulated without recalling the abstract nature of these concepts. They often attend to other aspects of these resources only when pressed to do so by others, and often begrudgingly. Accordingly, the dominance of economic considerations has done great damage to the ecosystem.

For example, a forest is a natural resource that provides lumber for construction. Economists evaluate it accordingly. They may be aware of its recreational use by human beings and take that marginally into account. But they tend not to give attention to the fact that the forest is also important for holding the soil in place and for regulating the flow of water. They are even less likely to consider its role as habitat for many other living things. The deforestation of the world for economic purposes is often encouraged by the calculations of economists. Very rarely is the full cost included in calculations and policies.

I believe that economists have often given very bad advice and that the economic theory they expound and promote is false and damaging. But I am not, however, calling economists crazy. They think and act as they have been taught to think and act. The craziness of their contribution to the degradation of the planet is that of the society as a whole. Economists have knowledge that can contribute to resolving the problems of the world if its role is appropriately limited.

What is crazy is that society collectively places economists on a pedestal and turns to them for advice about what to do in the real world. The “economy” and “economic growth” are abstractions. For some purposes they are useful abstractions. But when we forget that they are abstractions and treat them as actualities, then we behave crazily. The relevant concrete reality is the well being of human beings and the health of their natural environment. Knowledge about the abstractions that economists study can contribute to seeking the wellbeing of people and the rest of nature. But when they are not recognized as abstractions, when they are treated as central realities in themselves, then society treats this supreme reality as if it consisted of only those features described by the set of abstractions chosen by the economists. The world gets reduced not just to numbers, but to dollars and cents. This is crazy. The call to distinguish what is truly concrete from what is not is fundamental to rethinking our world and the way we respond to the crises we face.

At the level of the academy, many people recognize that there is a problem with the organization of the university into departments within which particular disciplines structure thought. The typical response is that we also need interdisciplinary work. Economists and ecologists and sociologists should work together. This could certainly be an improvement. But putting together fragments of knowledge based on the fallacy of misplaced concreteness does not arrive at a truly realistic conclusion. There is need to describe the situation holistically from the outset and ask what that calls for. What I am describing is a “trans-disciplinary” approach, beyond simply interdisciplinary, and the inaugural Pando Populus conference as a whole intends to show how that can work.