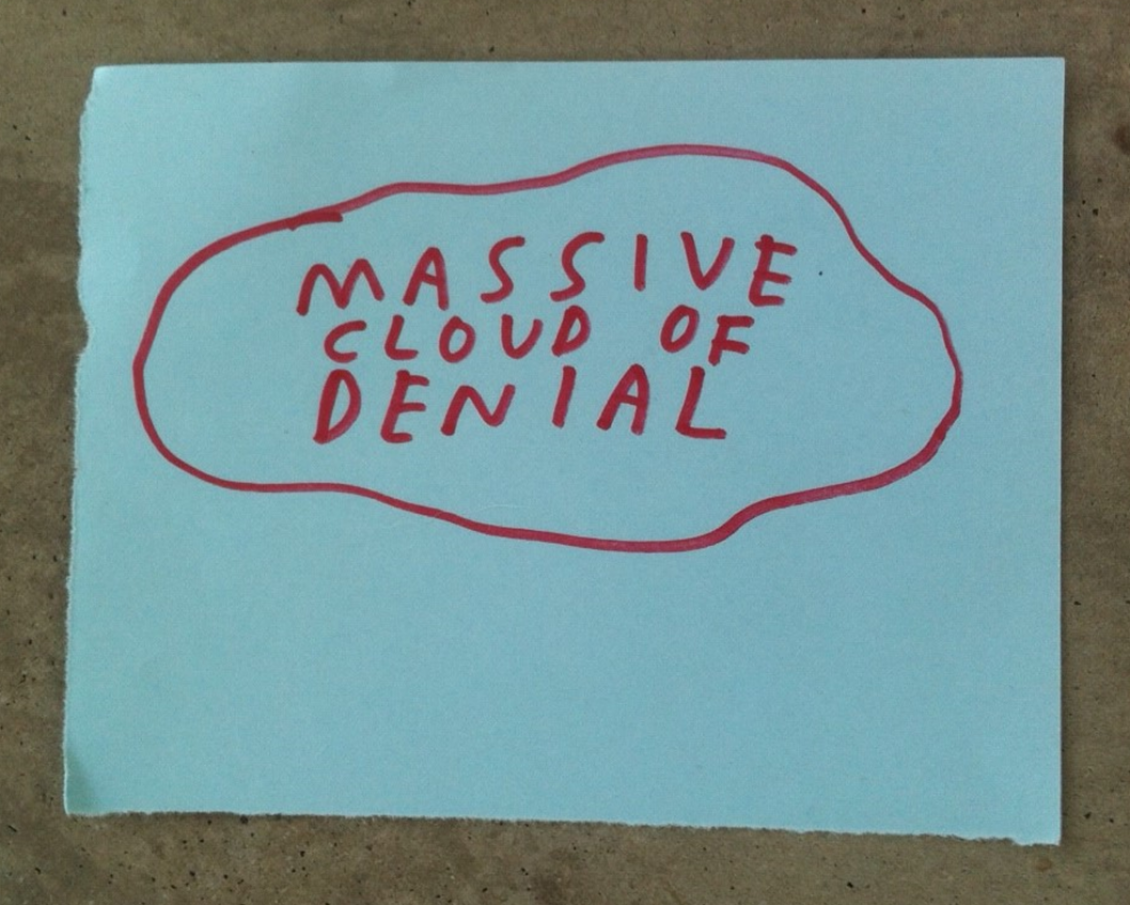 “Massive cloud of denial” by Tucker Nichols.  Copyright (c) 2015 by the artist.

Around 1972 the Club of Rome published studies it had commissioned at MIT projecting future developments. This was before climate change was on the radar.

The Club of Rome was alerting the world to the consequences of the unsustainable use of resources. They considered a variety of scenarios, but most of them led to growth in population and consumption until 2020 followed by steep decline. 2020 seemed a long way off; so, despite the shocking projections, most people did not take the warning seriously. They felt that there was plenty of time to change things.

Although the studies took probable technological advances fully into account, readers still assumed that technology would take care of us. Considering all the unanticipated changes since then, it is surprising how close the course of events has followed the charts provided by the team at MIT. After the first issue of the warning the dates were dropped from the publication to avoid the impression of such detailed predictions.

It would not surprise me now, however, if 2020 turns out in fact to be the peak year for consumption and population. War, starvation, and disease may in fact soon begin reducing the number of human beings while our preferred methods for stabilizing global population fail.

We are now confronted by the results of a somewhat similar project as that of the Club of Rome, this time in a report produced in England by Lloyds of London, the insurance giant.

The Lloyds report uses scientific modeling developed through a project called the Global Resource Observatory (GRO), a consortium of government (British Foreign & Commonwealth Office), academic, environmental, business, charitable, and development institutions. The figures in this report are hardly more encouraging than those of the Club of Rome in ’72. But this time they are set in a context of explicit expectation that before following the trajectories much further, humanity will make needed drastic changes.

Let us hope that this expectation is warranted and that such sober-headed analysis helps break through massive clouds of denial!

Read the Lloyds of London report here.  Read a news report on the GRO, whose models Lloyds employed, here.