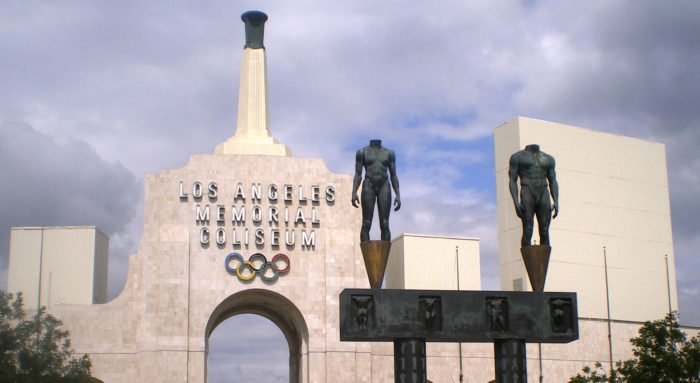 The recent ROADTRIP TO PANDO resulted in the creation of three working groups, each focused on a different aspect of Pando Populus’s interests:  the Pando grove itself, our work in Los Angeles County, and our broad communications efforts. John Cobb, chair of the board of directors for Pando Populus, joined the working group focused on our LA initiatives and events, and wrote this piece soon after his return.

I was glad that, although the language was different, the ROADTRIP TO PANDO group that focused on the work of Pando Populus accepted and strengthened the idea of using the upcoming Los Angeles Olympics as an occasion to set high but not impossible goals for the city. Ideally, these goals would be affirmed by the mayor and city council. With sincere backing by the city, I believe they could move LA a long way in the directions agreed to. If no such support is given, some parts of the bureaucracy, concerned individuals, NGOs, and private funders might still take them as shared goals. Either way, I think Pando can play a useful role, especially if sustainability officers from government, business, and academia take the lead.

The goal that might be visually most striking to the world would be to make Los Angeles an urban forest. The City of Claremont models what is possible in this respect, but it is not an ideal model, because the trees were not selected with drought resistance in mind. I have read that residential areas can gain improved morale by tree planting. If the city adopted a plan, it should begin in those areas where morale is poorest. Nothing is more important for resilience than the morale of the citizens. Among those who have felt most marginalized, morale is likely to be poor. The more we can include them in the planning of anything that is done in their neighborhoods the better.

A second goal would be self-sufficiency in water. I am certainly not an expert on this or any of the other matters I mention, but I have heard that Orange County is dealing with its water resources better than Los Angeles and that LA has great room for manageable improvement that would eventually pay for itself.

A third goal would be zero waste. Pando has its toe in the water on this one because of the plans it is laying for the upcoming, countywide JUNK BATTLE initiative, which dovetails with UCLA’s program for zero waste. We can hope that the program will have many replicable elements. A zero-waste program can generate a great deal of compost and fertilizer and be combined with the promotion of urban gardening and farming. This in turn can improve diets. The countywide work should begin in, and give special emphasis to, the least affluent areas. Special support should be given to schoolyard trees and gardens and their role in better education.

A fourth goal would be carbon neutrality. The increase of vegetation would help, but of course we need to reduce our use greenhouse gases. The largest waste of energy is in buildings and especially homes. The Community Home Energy Retrofit Program (CHERP, which launched in Claremont) knows how to reduce this waste greatly, simultaneously making homes more comfortable and reducing utility bills. CHERP is already planning the production of cheap, effective solar panels.

In preparing for the Olympics, much thought will be given to transporting people from one venue to another. We can hope that some of the planning and construction will also take into account long-term improvement, especially, again, for the poorest parts of the city. Perhaps a major program to get people onto bicycles could be in place in time for use by many of our Olympic visitors. This could go hand in hand with a goal of further improvement in air quality which is directly related to the well-being of athletes.

This might be the time to experiment with energy from tides or other thus-far untapped resources. Visible sites would be of interest to Olympic visitors. Even if other locations for generating energy from tides are more effective, we should care about advancing experimentation.

If the city would announce a series of competitions for the best ideas for reducing carbon use, it would probably get excellent suggestions. Hopefully, the best ideas would not only be adopted but also widely promoted elsewhere. Although some part of the county can achieve carbon neutrality, I doubt that Los Angeles will do so; but if it could announce a 70 per cent reduction in its net carbon footprint, that would set an impressive goal for other cities to consider.

I have only marginally talked about issues of social justice. This is partly because pushing for social reforms will not seem as directly related to the Olympics and will seem to be taking sides in ongoing political debates.  It might be possible, however, to set a goal of dramatically reduced violence that would open the door to important discussions and perhaps to some good programs.

Preparation for the Olympics will, under any circumstances, involve increased employment. Our goal would be long-term reduction of unemployment. It is likely to force the city to borrow a lot of money. Our goal would be to get it to study the possibility of creating its own bank. In short, wherever opportunities to explore more resilient practices emerge, we should try to ensure that they are seized.