Pando in the News (a lot) 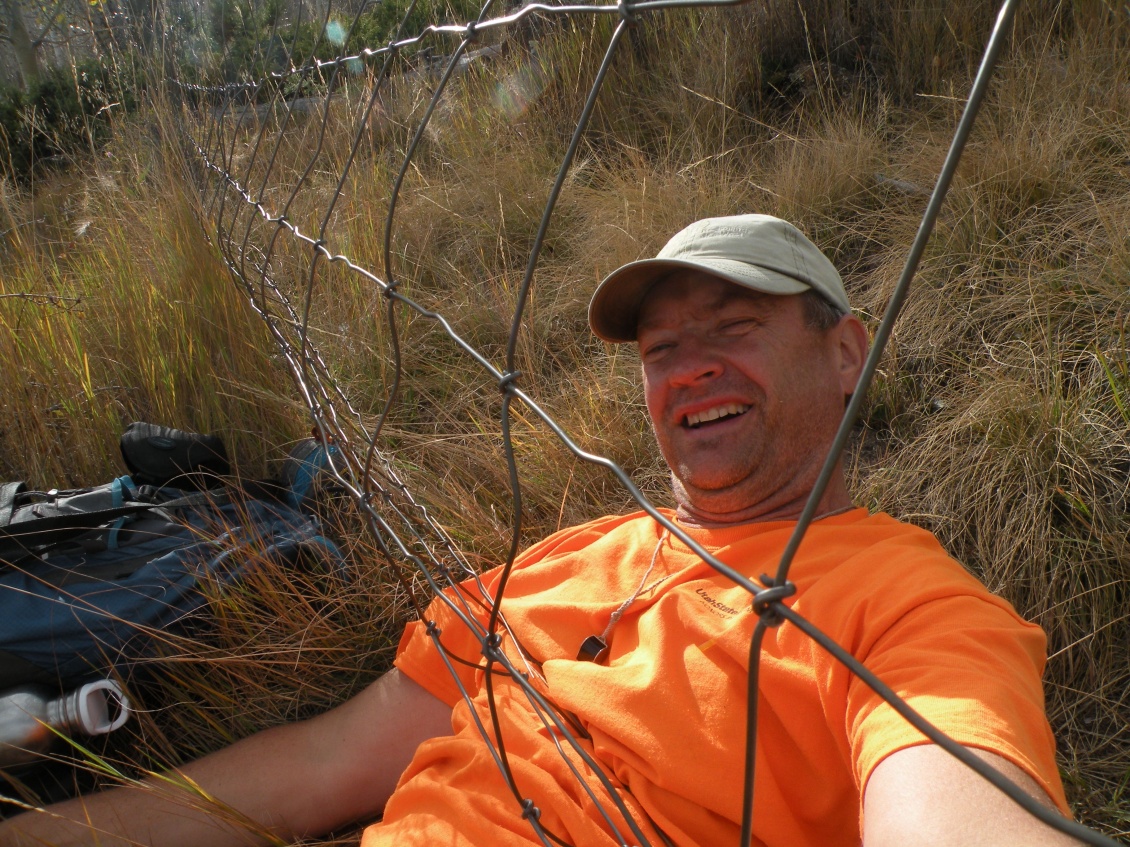 Ecologist Paul Rogers simulating how deer get under the fence that was set up to protect Pando.

Pando in the News (a lot)

This past week, the release of two media items related to the status of the Pando aspen clone in central Utah are garnering widespread public attention.

The first was an article in Natural History magazine (March 2016) titled, “Saving Pando: Humans are Taking Measured Steps to Rejuvenate an Ailing Giant.”  The article is an introduction to the “trembling giant,” Pando, thought to be the world’s largest living organism, and its current plight.

The second item is an upcoming segment in the nationally televised series SciTech Now to be aired over public broadcasting beginning February 29 (check local listings).  This brief exposé depicts Pando in his (yes, it is male) autumn glory, while describing “citizen science” projects being undertaken by students from Utah’s Ogden High School International Baccalaureate program.

But that’s not all.  During the past few months other media outlets have also focused their lenses on the curiosity, condition, and complexity of Pando – from Norway (Dagbladet, Feb. 2016) and Finland (Tales of Trees, Jan. 2016), to the U.S. (Atlas Obscura, Oct. 2015).

So why all the interest?  And what does this tell us about larger issues pertaining to the human-nature connection?  Clearly, the potential demise of something so large and magnificent (grander in both space and time than any individual person) is reflective of the jobs we are doing as co-stewards of the planet.  But before getting to this larger issue, I’d like to place the media attention in some perspective.

Some success, some failure

For the past several years there have been a steady stream of newspaper, radio, and television coverage of the Pando Clone.  The U.S. Postal Service even made of stamp of this famous grove for its “Wonders of the World” series several years back.  More recently, however, an uptick in Pando coverage can be attributed to a rather rapid die-off in a large proportion of mature stems.  The concurrent paucity of regrowth, something most aspen communities are highly dependent on, has further alarmed those of us who study such things.  In the past decade or so, the situation seems to be getting worse.

In response, in what I refer to as a triage mode, a collaborative group (described in the Natural History article) devised a plan to fence off a small portion of Pando and conduct some experiments in an attempt to stimulate regeneration from Pando’s extensive root system.  Asexual reproduction is widely believed to be the dominant method for aspen reproduction, although scientists are discovering that sexual regeneration through seed germination is more common than was previously thought.

Once we fenced the area, we began to see aspen suckers sprouting within a few months; experimental burning, shrub removal, and mature tree cutting spurred additional suckering.  The key to fencing, regardless of stimulation mode, was protection of young stems from browsing deer, cattle, and elk.

You may ask how it is that wild animals can be a problem for Pando when they have all coexisted for millennia?  The simple answer is that in the early 20th century humans removed apex predators – which upset the balance of ecosystems across the West.  A more complex issue is how modern regulation of both domestic and wild herbivores is often driven by social and economic values, leaving ecological connectivity behind.

After construction of the 2013 fence, subsequent monitoring revealed a fairly positive trend. Aspen were regenerating at rates high enough to replace dying overstory trees.  Note that the death of these trees is not unexpected given their 100-120 year age.  It’s the apparent lack of Pando’s response to that mortality that’s unusual.  It turns out, as the simple fence experiment showed, that the huge clone has been putting up suckers all along — they’ve just been eaten almost as soon as they emerged.

Just when it seemed all was going well a second, much larger fenced area within the clone was erected in 2014.  Thus far, this area has shown a very poor response—almost no suckers were counted when the high school students assisted me with five preliminary sampling plots, each about one acre in size.  A visual examination of the rest of this larger fenced zone revealed similarly poor reproduction.

Perhaps our cursory examination in 2015 was too early.  But it is more likely that breaches in the fence were exploited by mule deer who quickly ate the aspen suckers as they emerged (in two separate instances deer were spotted inside the newly fenced area).

Overall, then, we currently have some success and some failure.  Attention by media primarily is focused on Pando as a spectacle, but secondarily (I’m heartened to know) as a complex and ongoing ecological conundrum: intervention is not desirable (nobody likes fences, especially at such an iconic place), yet human actions likely got us to this place and now, hopefully, they will provide an exodus from peril for Pando.

My goal is effective communication about Pando

For me, conducting essential monitoring to track manipulations and translating the results for both technical and lay audiences serves two purposes. First, this is really a form of learning for the author and the reader.  I hold learning, particularly about the natural world, in very high regard.  The old adage that “when you teach a subject you really have to learn it” applies to writing, as well.

This growth is personally satisfying.  Experimenting with different forms of communication (e.g., technical writing, informal composition, social media, public speaking, webinars, etc.) hopefully provides the kind of learning interested stakeholders can latch on to knowing that individuals learn in many ways.  My goal is effective communication, in this case about Pando’s outlook, and I hope that by using several media key messages about this valuable icon will reach further into the public psyche.  Communicating even moderately complex topics can be a challenge, though.

Thus, my second objective is to decode complexity. While this may, at first glance, appear mundane, it is a challenge given today’s penchant for simplicity.

Our presidential candidates, for instance, wish to say what they will with bumper-sticker slogans.  Advertisers drum our brains with jingles that will solve wants, needs and desires (and bring profits home!).  Television shows, even the evening newscasts, cut to the narrowest elements.  In my opinion, this is an abhorrent trend.  The world is complex.  Ecological and social issues are complex.  Pando, and Earth’s balance more broadly, require engagement with compound ideas.

I’ve set it as one of my tasks to help reintroduce comfort for complexity.  Simple solutions rarely rule the day, but they can be “marketed” as the most attractive and often adopted. Real world problem-solving, however, entails engagement in multiple connections—often bridging the social and natural realms—toward adaptive solutions.

The breaking wave of media attention surrounding Pando is, I believe, a positive sign.  In this way, I hope there are lessons we can learn from Pando’s physical situation in all of its complexity and messiness, as well as from the symbolism of broader ecological-sociological connectivity worldwide.

Paul Rogers is Chief Scientist for the Pando aspen clone and Director of the Western Aspen Alliance.