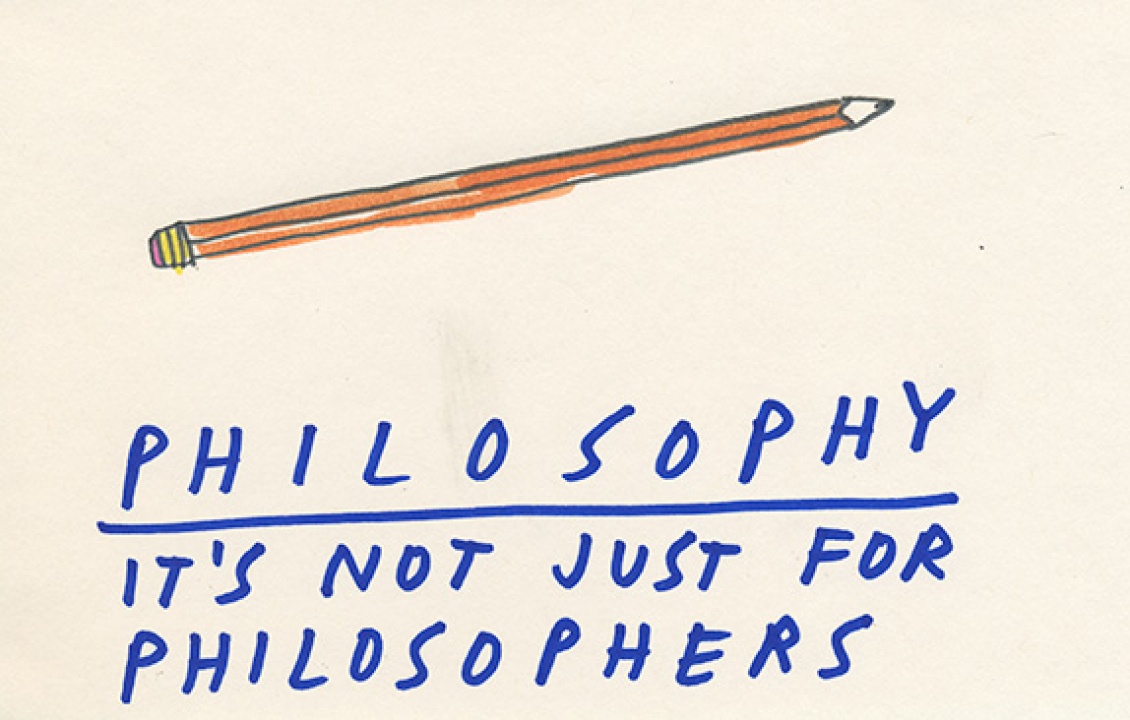 Each Section in the “Seizing an Alternative” conference launches with a plenary lecture focused on one aspect of Whitehead’s thought particularly relevant to the tracks in that Section. Helmut Maassen is the plenary speaker for Section II with a lecture titled, “Philosophy Is Not Only for Philosophers” and will discuss the topic of this post.

That philosophy is not just for philosophers was self-evident in much of Western history. Everyone needs and wants to act and think wisely. “Philosophy” means the love of wisdom. Surely this cannot be a specialized study unrelated to actual life!

It is only in quite recent times that “philosophy” has taken a different turn. This is part of the story of the modern university. This university has been organized to promote research. That is best done in relatively limited fields. These are thought of as sufficiently independent and separable that the researcher can neglect connections with other fields of thought. Economists can for their purposes identify human beings in terms of their economic activity and largely ignore what sociologists, psychologists, and historians say about them. This enables economists to get on with research about the nature and results of various ways of organizing the economy. Quantum theorists can study their phenomena without attending to relativity theory. Anatomists can do their research without paying much attention to ecology.

The achievements of this kind of specialized research have been overwhelming. They have also made immense technological advances possible. Judged in terms of the results for which it was established, the modern research university has been an immense success. Of course, there are times when the lines between disciplines create problems and multidisciplinary teams are needed. Sometimes new disciplines are created at the boundaries, such as biochemistry. There is real fluidity in adjusting to new findings.

But what about philosophy as the quest for wisdom? When the University of Berlin was established early in the nineteenth century, philosophers were assigned the job of providing an overview that showed how the specialties related to one another and contributed to inclusive understanding. Hegel and his followers created vast systems of thought for this purpose. But by the end of the century most teachers of philosophy preferred to understand philosophy as one academic discipline among others. They thought that they should share in the task of advancing specialized knowledge, whereas working for a comprehensive synthesis always seemed to raise more questions than it answered. Some of them turned to a rigorous examination of human experience of the external world and developed the science of phenomenology. Others turned to the analysis and clarification of language. The quest for wisdom no longer had a place in the university. As a result Whitehead is rarely studied in departments of philosophy. To ordinary people, what has been taught in departments of philosophy in recent decades has seemed very abstract. It can be interesting in the same way that the work in many academic fields is interesting, but people have had to look elsewhere for guidance in thinking about their lives and their world. A large “popular” literature has developed, much of it oriented to psychological therapy. People seek orientation also in literature and biography. Oriental traditions have proved helpful. Proposals for reorganizing the world, generally arising outside the universities, have gained followers. Still others clung to traditional religious teaching.

In one sense all of these aids to basic orientation of thought and life are philosophical. But a major strength of traditional philosophy is largely missing. Philosophers worked hard at achieving clarity and consistency and at criticizing assumptions. The writers to whom the public has had to turn in recent years have generally not been strong on these matters. The quest for wisdom has to a large extent become fragmented and has lacked rigor and coherence.

The discovery of the evolutionary origins of human beings opened the door to fresh thinking about the natural world and the human place within it. Whitehead was one of those who saw this as an occasion for renewing the quest for wisdom. He saw both the possibility and the need for a new synthesis, and he offered one. This required dealing rigorously with many topics, from physics to value theory to education.

Whitehead identified an obstacle to success in the quest for wisdom that had not been previously emphasized. This was the tendency to treat abstractions as if they were actual entities. He called this obstacle the “fallacy of misplaced concreteness.” He found this fallacy both in academic departments and in popular writing. To become wise requires that we distinguish the concrete, what is really real, from abstractions.

For example, most philosophers, at least in the West, have supposed that sense experience is our basic way of being related to a world outside ourselves. They have concentrated on colors and sounds and textures. But when we focus on a patch of yellow apart from our experience of the patch, we end up with an abstraction. Patches of yellow do not exist in themselves. They exist only in our seeing them. Seeing a patch of yellow is more concrete than the patch. Even seeing the patch is abstracted from a complete moment of human experience. That experience in its totality is more concrete than any part of it.

An important part of our experience is valuing. We experience some things as preferable to others. These judgments are essential to life. They affect every part of experience. No experience or activity is really free from evaluative judgments. Judging well is essential to wisdom. When the modern research university (or the public school) aims to be value-free, it abandons any possibility of contributing to wisdom.

To oppose the reification of abstractions is not to reject the process of abstracting. Abstracting is a thoroughly real part of our experience, and abstractions are essential for thought. But when thinkers treat the abstract as if it were concrete, wisdom eludes them. When we seek wisdom, we must overcome this tendency. Whitehead described philosophy as the critique of abstractions.

All of us engage in philosophy in this sense to some degree. We complain that much of what people say is too abstract. In the gospel of John, we read that Pilate found a problem with Jesus’ talk of “truth.” He asked “What is truth?” (John 18:28) Today, when we are told we need to go to war for the sake of “democracy,” we are likely to ask, “What is democracy?” This sort of questioning is the germ of philosophy. We should find ways of encouraging people to pursue their critique of abstractions and thus become better philosophers.

The need to pursue such questions is not limited to popular conversation. Academic disciplines frequently treat abstractions as if they were concrete. For example, modern science arose as a protest against the appeal to “final causes” in medieval, Aristotelian, science. Scientists had too often been satisfied that they understood an organ of the body adequately when they understood its role in the body. Modern scientists wanted to know the mechanisms at work. That meant that science became the quest for efficient causes. The efficient cause is the entity or event that determines some feature of the effect. The quest for efficient causes leads science in the direction of the fully concrete or actual.

But sometimes scientists have been satisfied with explanations in terms of “natural laws.” One may explain the motion of a heavenly body by appealing to the “law of gravity.” Obviously, this “law” is immensely important. Many movements are in accordance with this “law.” But the law does not cause the movements it describes. That natural laws are abstractions is sometimes forgotten. Some scientists are satisfied with formulae that can be used to predict what will happen under specified conditions. But, of course, formulae are abstractions.

However, actually to specify the events that cause subsequent events has proved very difficult. Also philosophers found it very difficult to explain what an efficient cause really is. Some scientists are now prepared to redefine science as the quest for laws and formulae. The science they advocate is no longer the attempt to tell us what the world is really like and why things happen as they do. It seeks only to predict what the results of particular actions or events will be.

Whitehead believed that there is a real world made up of real, self-consistent entities, in which there are real efficient causes. He thought the quest for wisdom included the effort, so important in the early stages of modern science, to understand what this real world is and how it operates. He thought that if scientists would become radical empiricists and gain a richer understanding of what is actual they could develop a self-consistent science that would contribute to human wisdom. He made major contributions to this effort.

For Whiteheadians these philosophical matters are important not only for philosophy but also for physics, and, indeed, for everyone’s understanding of the world. Sadly the university is not now organized to pursue them. Its disciplines are littered with uncriticized abstractions.

Fortunately, there are tendencies in science and culture today that move back toward the concrete. The ecological crisis is a real world crisis, not an abstract one. There are those in the academy who care greatly about the real world effects of their work. To improve the world often requires asking questions that are not the property of one academic discipline or another. Disciplinary divisions and disciplinary habits have to be transcended. Solving real world problems is different from advancing research in a highly specialized area. Whitehead’s vision of a new organization of knowledge and teaching, deeply value-laden in its commitment to ecological civilization, can help.