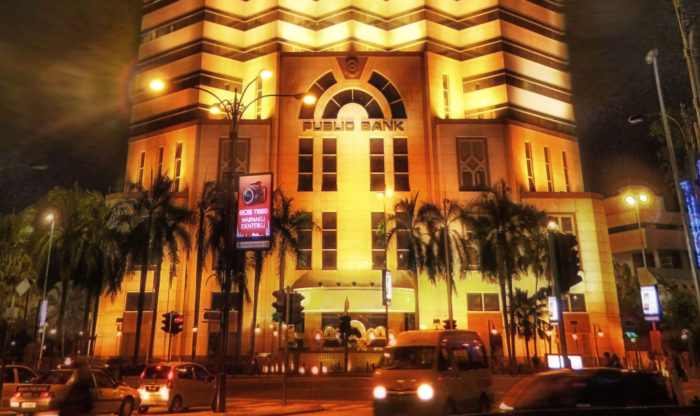 Fresh proposals can inform the debate about public banking in California. Toward that end, Pando Populus invites leading and original thinkers to express opinions. This is the third in a series of articles exploring the topic from a wide variety of perspectives. In part one, S. L. Mintz discusses whether and how public banking could work. In part two, Thorsten Beck examines the intersection of government and banks. In part four, Mintz discusses the public banking debate in Michigan. In part five, Mintz considers some of the benefits and the risks of public financing models.

Clear across the continent from California, a Goldman Sachs alumnus with plebian roots hasx made public banking a core issue in the New Jersey gubernatorial campaign. Democrat Phil Murphy, whose father never completed high school and whose mom worked as a secretary, wants to bring home funds now residing in big banks with no ties to New Jersey taxpayers.

In a campaign speech last September, Murphy advocated an increase in the minimum wage, revamped student loan programs and tax breaks for the working poor. “But his most noteworthy proposal,” NJ Spotlight reported, “was a call for the creation of a state owned public bank.”

It’s common sense says the former global co-head of investment management for Goldman Sachs who put himself through Harvard and earned his MBA from the Wharton School at the University of Pennsylvania. He relinquished his powerful Wall Street post in 2007 to become finance chairman for the Democratic National Committee, where bang-up success spurred President Barak Obama to name Murphy ambassador to Germany, Europe’s largest economy.

In 2016, Murphy jumped into the race for New Jersey governor, where $10 million from his own pocket helped him defeat rivals for the Democratic nomination who were skeptical about public banks. Jim Johnson, a former Undersecretary of the Treasury for Enforcement in the Obama administration, shared his blunt assessment with Insider NJ:

“After 11 credit downgrades, the emptying out of the school construction fund, the near collapse of our pensions, grossly underfunded public infrastructure, and catastrophic failures of core government functions like transportation, New Jersey taxpayers know that the last thing we need is another Wall Street gimmick. Murphy’s public bank is just one more bad idea that will be poorly executed at the expense of taxpayers,” said Johnson.

Now pitted against Republican Kim Guadagno, lieutenant governor to the manifestly unpopular Chris Christie, Murphy is eager to roll out a public bank. His stump pitch rails at economic inequity. He reminds voters that billions of dollars in taxes and fees sit in big banks chiefly to avoid embarassment if a local bank goes bust. He recalls one international bank that invested New Jersey tax receipts in infrastructure — in Japan. Another bank with $1.3 billion in average daily deposits from New Jersey made three loans in the state for $220,000 to the state’s small business administration plan.

“Here’s the idea,” Murphy told a local audience, “all those deposits come on home. They reside in the People’s Bank of New Jersey, owned by the citizens.” Working in concert with local banks, the People’s Bank would support three lines of business in New Jersey: student loans, small business loans, and small to modest infrastructure loans that accelerate action by local or county development authorities.

Critics raise alarms about accountability. Some recall that Murphy held a senior post at Goldman Sachs in the run-up to the 2008 financial crisis, without alleging any individual culpability. Eventually, though, the firm paid record fines for its role in a complex deal that misled investors. Would a People’s Bank have to answer to elected officials who might weaken lending standards to garner rewards from donors, interest groups or bankers with lavish financial incentives?

“It’s a very fair point,” Murphy conceded. “This has to be completely independent, how it’s chartered, how it’s governed, how it’s led, those are incredibly important decisions.” Citing a 91-year track record of independence by the oft-cited Bank of North Dakota, Murphy expresses confidence that New Jersey can charter and govern a bank with comparable safeguards.

A Democratic governor in a state legislature controlled by his party should grease the rails for a public bank. If it becomes a reality in the 11th most populated state, then attention must be paid.