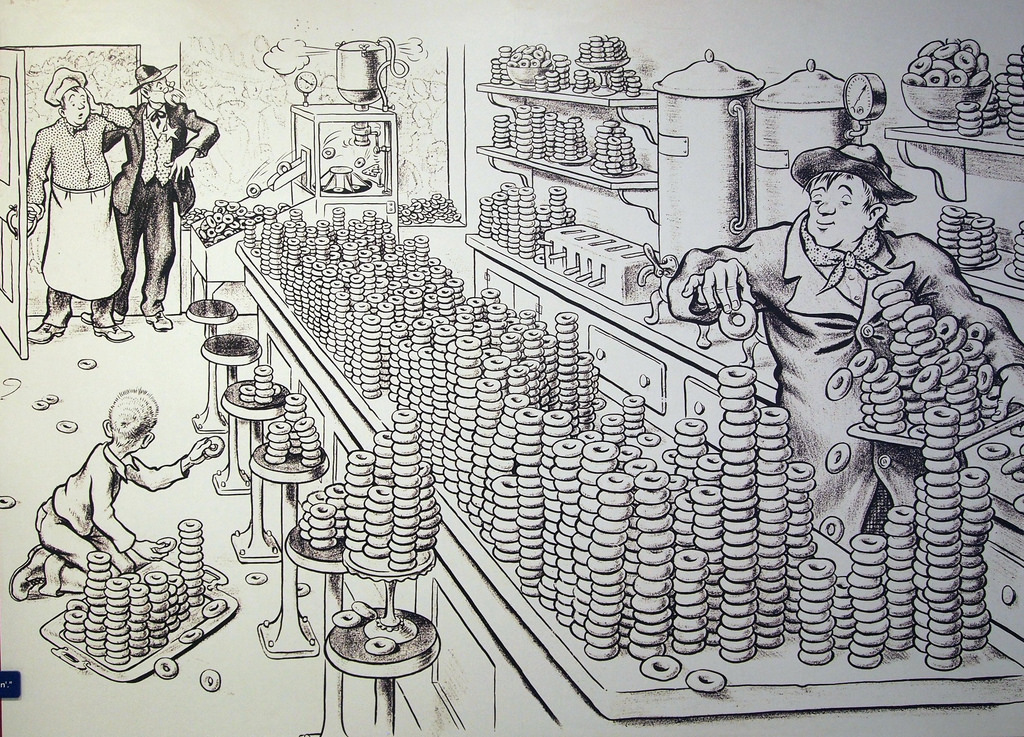 In spite of its title, Doughnut Economics is a serious book by someone with a strong background in both academic economics and development policy.

Writing in a clear and engaging style, Kate Raworth explains to the general public and students what is wrong with the standard curriculum in economics, and how to break out of that monopolized mental prison. It is likely a waste of time to address arguments to economics professors, including some of her tutors at Oxford, although honesty demands that we still do it.

One might think that only old economists are beyond reach, while young ones are open-minded. My experience, however, is that the old teachers have been very successful in producing identical clones in the younger generation.

They do this by narrowing the curriculum to exclude whatever subject matter raises problems. Philosophy and epistemology were excluded early on–no more troublesome courses in “methodology.”

Next, the history of economic though was eliminated–why study the errors of the past when you know the truth? Economic history was banished to the history department–not rigorous enough.

Then comparative economic systems was jettisoned with the triumph of capitalism–there is no alternative.

The space opened by these omissions was filled by mathematics, which lent a façade of scientific respectability to the economists’ retreat to hide in thickets of algebra while leaving the important questions to journalists, to paraphrase Joan Robinson.

When a relatively young, but experienced, economist defects from this weak and cowardly army, it is a cause for celebration, and for hope that more defectors will follow.

The main epiphany for Raworth is the realization that the economy has both a biophysical ceiling and an ethico-social floor, and that the Keynesian-neoclassical growth synthesis tends to violate both of these limits.

Raworth’s specific defections are discussed in seven topical chapters. Briefly, these include:

By the last I think Raworth means not automatically attaching the adjective “economic” to the noun “growth” anytime the economy grows in its physical scale relative to the containing ecosphere. Physical growth of the economy can be, and in some countries is, uneconomic growth, in the sense that it increases environmental and social costs faster than production benefits. And the world as a whole is likely engaged in uneconomic growth if costs and benefits were properly measured.

I highly recommend the book, especially to university economics students. If there is to be a second edition, and I hope there will be, I would like to see a further analysis of the seventh point–less agnosticism and more clarification of economic versus uneconomic growth.

In addition, a more critical discussion of the slogan “circular economy” would be welcome since it ultimately conflicts with entropy (noted in passing, but not discussed), and does not fit comfortably with her earlier critique of the famous circular flow diagram. More attention to population growth would be good. Also an index would be helpful.