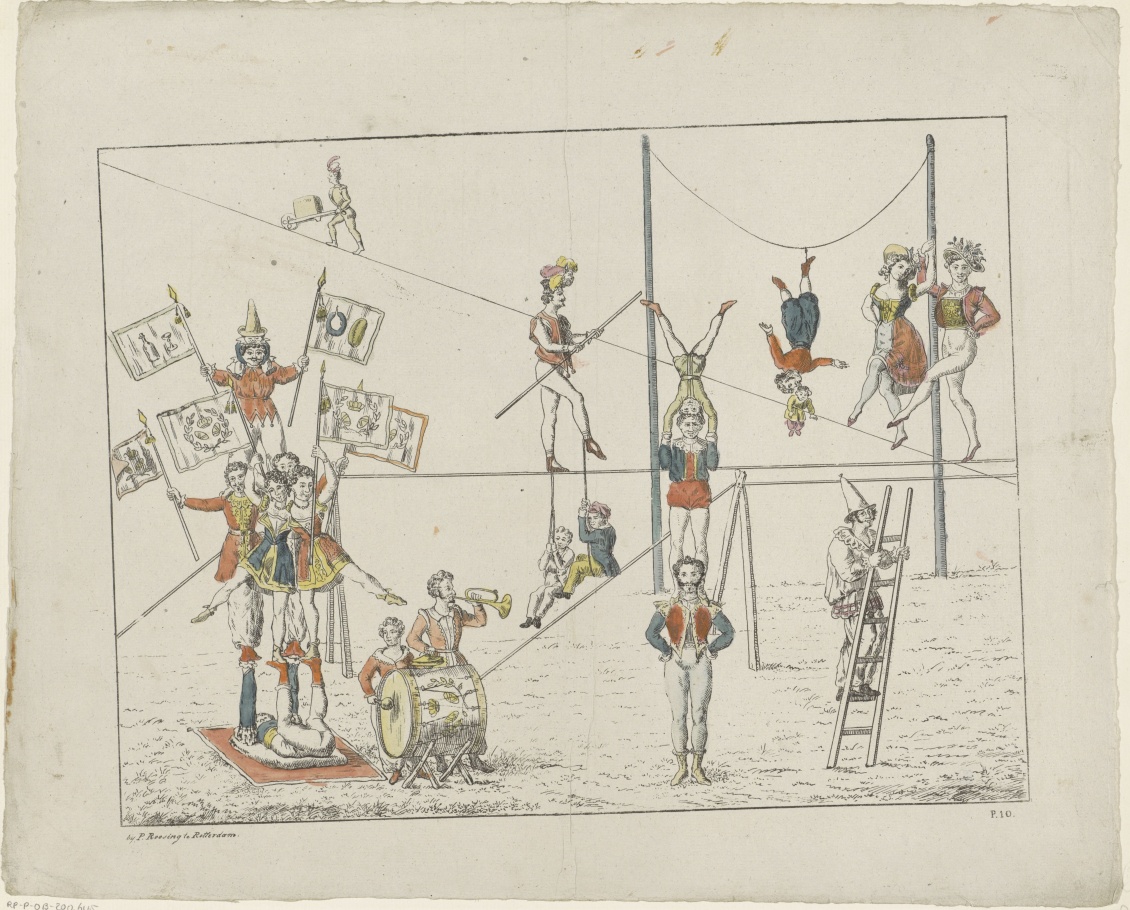 A website like this and a conference like this walk a tightrope.  Behind them is the belief that a particular worldview or vision would be wonderfully helpful in shifting the direction of our collective behavior away from its current disastrous course.  This is because the enormous problems we face today stem in part from fundamental assumptions that have shaped our culture for centuries.  It is not possible to think deeply about addressing the problems without addressing the assumptions that underlie them and, more than that, outlining a different approach.  That approach, in the words of Thomas Berry, shifts from seeing the world as a collection of objects to viewing it as a communion of subjects; it is a view with ecological relations at its core.  This is a seismic shift in consciousness that would transform how we live and face our problems.

While many share the conviction that a new vision is needed, most still focus on solving particular problems without thinking through how these solutions relate to the larger need.  I celebrate all such achievements and see no way ahead that does not build on them.  But improving many particular situations and solving particular problems will not suffice to bring about the comprehensive change that is needed to save us.  I want to celebrate and encourage these many positive efforts, but I also want to ask those involved to consider how an integrative philosophy, one that rigorously spells out a vision of radical interconnection, could undergird them all and support a more unified movement.

Of course, the change from seeing the world primarily in terms of objects to seeing the world primarily in terms of subjects is a “metaphysical” one.  Most of those involved in doing what is most immediately necessary on behalf of the planet view “metaphysics” as a distraction from what is urgently needed now.  Many see the invitation to adopt one such system or another as arrogant and pretentious.  It is far more acceptable to propose additional particular solutions to particular problems than to speak of a fundamental change in worldview.

But suppose that a fundamental change in worldview is needed.  Suppose that fragmentary work on many issues, however helpful, will not bring about the necessary redirection, such that any successes will be ephemeral and fall short of what is required to save our species and many others.  If this is our actual situation, is the message about this urgent need still completely unsayable in today’s world?

For a long time this seemed to be the case.  Academic philosophy devoted itself to explaining why one should not ask the big questions.  Academic disciplines did not ask questions about their own assumptions.   Technical reason flourished, but interest in reason itself was regarded as unsophisticated.  Christians appealed to faith; many people, to practice.  Different branches of physics operated with different assumptions about reality.  The fragmentation that resulted was affirmed as the modern condition.   Culture became nihilistic on the one hand, and economistic on the other.  Most people did not want to think about these matters and just muddled along.  The seventeenth-century metaphysics that grounded all this was not discussed and thereby survived despite its inconsistency both with common sense and also with new scientific developments.  To say we needed to reconsider our assumptions invited condescension or ridicule.  Instead of offending so many people, would it not be better to work within the generally accepted parameters?

Still I believe that the assumptions we hold about the ultimate nature of reality make an enormous difference in our response to large-scale problems – from avoiding a third world war, to ending the systematic exploitation of Africa for corporate profits, to stopping global warming, to replacing American Empire with an assembly of free peoples (and restoring democracy here at home), to reducing the obscene gap between the rich and the poor, to reintroducing values into education (say, the value of caring for the Earth), to developing an economy that serves the inclusive good (including non-human goods), and a thousand still more specific goals.  As long as we view the universe we inhabit as a collection of external objects, akin to billiard balls bouncing meaninglessly against each other, our treatment of the nature of which we are a part will be destructive.  Nurturing ourselves, one another, and the world around us will begin only when we see ourselves as living in a universe of subjects, internally related to each other, each with meaning and value for itself and others.  Unexamined big ideas are now pushing us toward planetary death; different big ideas can direct us toward planetary life.  I feel that I must take the risk of saying this, whatever offense it may cause.

Fortunately, the cultural climate seems to be changing.  More people are dissatisfied with what is happening.  More recognize that current trends are leading to utter disaster.  More are willing to consider that we may need to change deeply, foundationally, and comprehensively in our habits both of action and of thought.  To offer an alternative at the “metaphysical” level now has a wider appeal than it had even a few years ago.

Even so, there is a tightrope we have to walk.  Those of us who are interested in the ultimate questions need the alliance of lots of people who are already thinking good thoughts and doing important work without asking the larger questions.  It would be totally unwarranted to belittle their achievements or imply that only those who are examining fundamental assumptions are on the right course.  We are not asking others to change their views, only to help us and guide us in the fields where their wisdom is already effective.

But we also want more people to consider the value of a more inclusive vision that shows how their work relates to that of others in quite different fields.  Even if they do not themselves investigate the relationships, we think they will be strengthened by the knowledge that these exist and that their work is part of a more comprehensive movement.  We know the movement will be stronger if the interconnection of all the parts is more explicit.  To date, it is the work of Whitehead that displays this most systematically.

To put forward any one philosopher would be a sectarian act if one were asserting that one philosopher alone offers wisdom or has the last word.  That is not my claim.  We need to draw on wisdom wherever it can be found.  We need the work of scientists and historians as well as philosophers.  Even the phrase lifted up in the first paragraph and made the theme of this meditation is from one whose chief mentor was Teilhard de Chardin, not Whitehead.  What Whitehead offers is certainly not a displacement of Teilhard, or William James, or a rejection of Heidegger or Deleuze.  He had great appreciation for the importance of language and the linguistic study that has preoccupied so many philosophers.   But he is unique in showing how we can draw from the wisdom of all of them and also from quantum and relativity physicists, and the wisdom traditions of the East.  This obviously does not mean that he himself produced the final synthesis, but he encourages his followers to work endlessly on this task.

The claim that I put forward is a factual one:  among currently available philosophies there is no other that rigorously includes mathematics and physics on the one side, historical and cultural interests on the other, and practical discussion of education in between.  It does this by systematically developing fundamental insights such as the one that themes this paper:  the universe as a communion of subjects.  If one is chiefly interested in phenomenological description or an analysis of language or the problem of evil or the unity of mathematics or the nature of economic activity, one will certainly need to read others as well as Whitehead, and on many topics one may find more wisdom in their writings.  But if one wants to know how that particular interest fits into the whole range of intellectual questions that one might consider, it is Whitehead who can best provide an answer. If we look for a comprehensive new vision, rigorously developed, that can replace the now hegemonic ones of Descartes and Kant, there is in fact no serious competitor.

The problem remains:  How can I put forward what the current culture regards as a narrowly sectarian claim, namely, that one particular philosophy is our best bet, while involving and engaging large numbers of thoughtful and committed people who doubt that philosophy makes any serious contribution at all?

What would be easiest would be to have a conference just about the world’s many problems and bring together those who are working constructively to solve them. But since I believe there is no real solution without displaying the unity of all these efforts in a coherent grounding, this would be to fall off the tightrope on one side.  Or we could simply use the occasion to promote Whitehead’s philosophy of ecological relations, showing how it has already produced great insight.  But that would leave the impression that the goal of the conference was to advance one philosophy over others for the sake of philosophy rather than as a needed step in saving the world.  It might imply a new fragmentation, this time among philosophies.  That would be to fall off the tightrope on the other side.

So what is the decision?  To walk the tightrope!  On the one hand, all who care about changing actions and policies and have fruitful ideas to share are fully welcome.  Without their enthusiastic participation we have little prospect indeed of responding well to the current crises.  On the other hand, both the conference and Pando Populus will expose everyone to the idea that Whitehead’s philosophy of ecological relations is uniquely ready to provide grounding for the kind of actions most needed for today’s challenges.  Some may come to appreciate Whitehead’s contribution even if they do not themselves study it.  And perhaps there will also be growth in the ranks of those who do study Whitehead and think about the implications of his very different vision of the world.

Whitehead’s view of reality puts ecological relations at the heart of things – not optionally, but indispensably.  For him and for those who participate in the community that he has influenced, the world is a communion of living subjects rather than a collection of dead objects.  These are big ideas that deeply matter to how we experience and live in the world, and choose to act in it.  They are very much worth a tightrope walk.