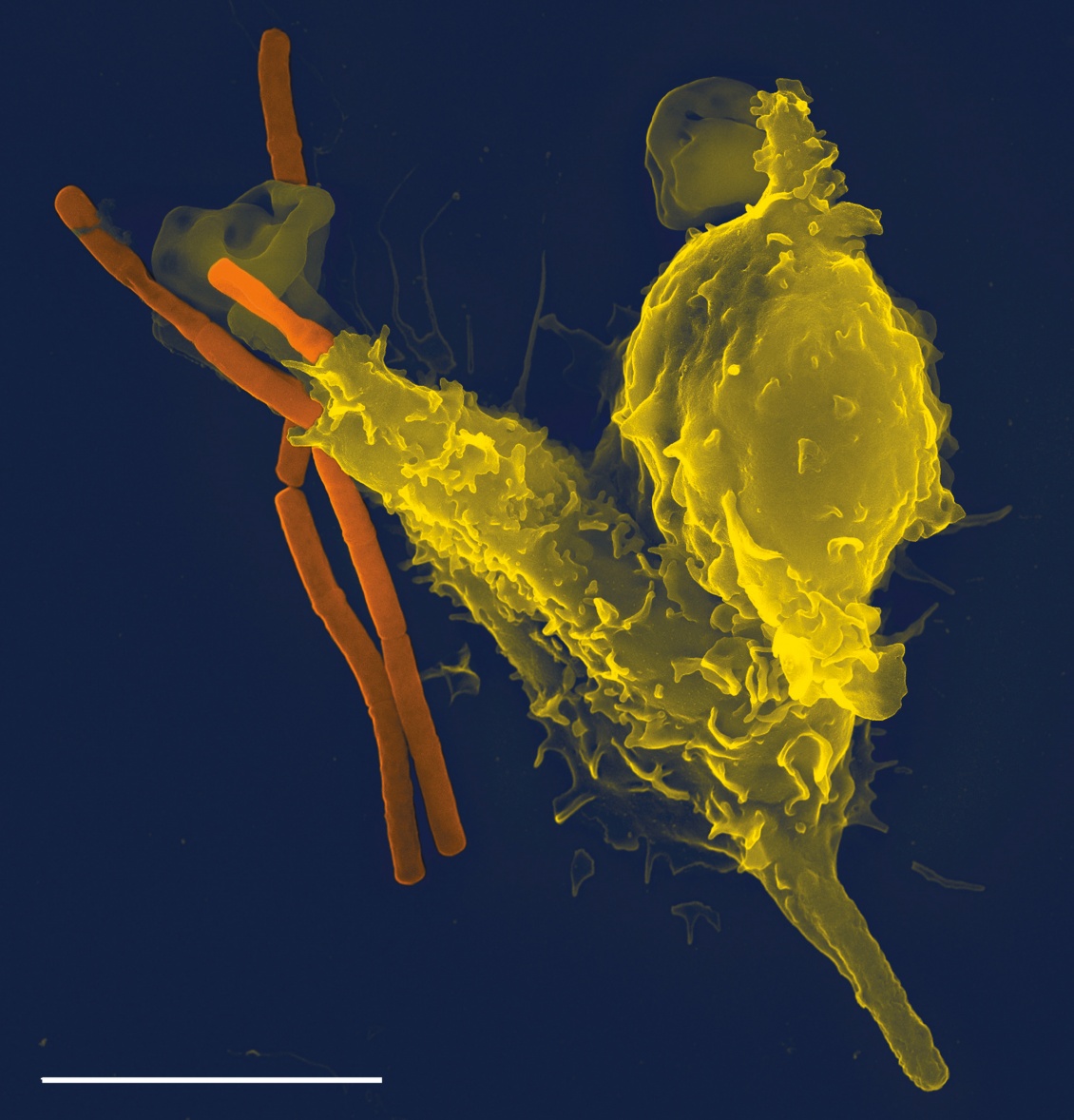 The Nano-World: Machines or Organisms?

I seem to remember that just a few decades ago we rarely talked about bacteria except as explanations for disease. Our doctors cured us of all sorts of diseases with antibiotics. Now we learn that our bodies are hosts to trillions of bacteria and that these are what make us alive.

Not long ago we thought that genes were the key to explaining all sorts of life and the whole history of evolution. Now they are understood to play their role in far more complex processes.

Not long ago we thought that when we explained complex entities by the working of their parts, we arrived at simpler and simpler entities. Now we discover that the behavior of these simple entities seems “magical.”

Our knowledge of the microscopic world has exploded. See, for instance, this fascinating article in the The New York Review of Books, “How You Consist of Trillions of Tiny Machines,” which describes entities small enough to fit some 400 million or so into “a single period at the end of a sentence” of the magazine.

We thought that knowledge like this would enable us to explain all the wonders of life with its apparent novelties and creativity in mechanistic terms. That expectation still dominates the language. The study of quantum phenomena is still called quantum mechanics even though the behavior of quanta contradicts everything we can reasonably mean by “mechanics.” Similarly the author of this article repeatedly uses mechanistic language from the books under review to name what goes on at the “nano” level, even though what he and they describe does not fit that label.

For instance, the author writes, “The way that the sophisticated nanomachines…became incorporated into a single complex cell, such as those our bodies consist of, is so incredible that it reads like a fairy tale.” He continues:

Using a system known as “quorum sensing,” microbes can communicate, and they use this ability to switch on and off various functions within their own populations and within ecosystems composed of different microbe species. Quorum sensing can even operate when one microbe swallows another, as happened over a billion years ago when a larger cell began to communicate with a smaller one that it had ingested. Quorum sensing permitted the potential food item to live inside its host instead of being digested. Then it allowed genes to switch on and off in ways that benefited the new chimeric, or genetically mixed, entity. The two genomes coexisting in the chimera even managed to exchange some genes, further enabling it to operate as a competent whole. As a result of these changes, the organism that was swallowed was transformed into a mitochondria, and began supplying ATP to the first eukaryotic cell—that is, a cell containing a nucleus and other complicated structures.

As impossible as this process sounds, it was followed by an even more outlandish occurrence. Somehow the newly created binary organism swallowed yet another entity—a kind of bacteria that could photosynthesize. Again the ingested entity lived on inside the cell, using quorum sensing to somehow synchronize its “almost magical” nanomachinery with those of the binary organism. This newly constituted “trinity organism” became the photosynthetic ancestor of every plant on earth.

One wonders whether some of the astonishment the authors rightly feel might point to the advantage of giving up the machine model for the nano-world and recognizing that it can be better understood in terms of interconnected organisms, of actions, events, and processes.

For machines, without human programming, to “communicate” and “sense” does indeed sound “almost magical,” perhaps fully so. Communicating and sensing are actions. They are actions we expect from organisms. For one organism to communicate with another is an event, and among organisms we expect innumerable events to be going on. These events involve constant changes of the organisms as their relations to one another change.

If we think of our organs as composed of integrated patterns of cells that are in turn composed of integrated patterns of bacteria, etc., which are in turn complex patterns of activity, we can see analogies with machines in some of the patterns, but far from all. There would be much to gain if we thought in terms of holistic organisms rather than focusing entirely on the mechanical aspects of their functioning. What would we lose beyond misleading habits?