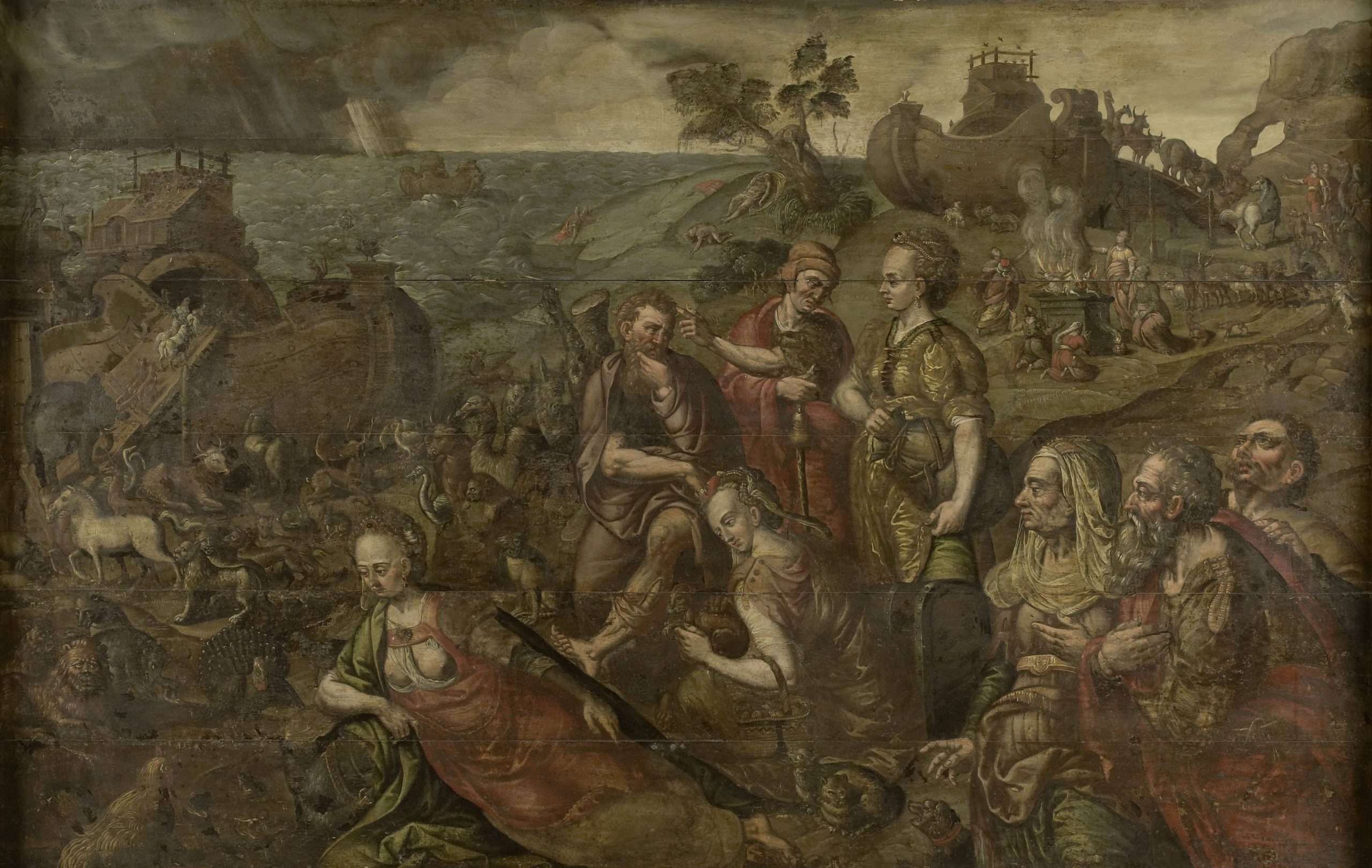 Those of us who know that the world is heading for manifold disasters are having to adjust to the fact that the most powerful nation in the world, ours, has elected a president who announces that supposed climate-related problems are figments of our imaginations. Probably those who want to believe that nothing world-threatening is happening may be reassured in their optimism. The better-read among them will think that even if there are problems, technological solutions will take care of them. They concentrate attention on other issues, and pursue them on the assumption that the future will be based on better technology than what we now have.

But those of us who have been following the evidence for some time are likely to have our pessimism intensified. No political leader has proposed, perhaps has dared to propose, the changes we need to make in order that the planet retain some of its beauty and some of its wonderful support of human life. We have had to take comfort from movements in the right direction that have in fact occurred. We have to hope that as the problems worsen, people will support leaders who call for more radical response. We have known that there is enormous resistance to accepting the truth about what is needed to avoid utter catastrophe, but we have thought that the actual occurring of global warming, rising ocean levels, intensifying storms, and increasing droughts was forcing more and more people to recognize the problem. Now the “bully pulpit” is passing into the hands of one who denies all this and is in a position to undo the baby steps our government has taken in responding.

Is there any point in continuing the struggle? Is not the old advice better: “Eat, drink, and be merry,” for there is nothing you can do to stave off catastrophe?

Why do we keep on working for a cause that objectively we may judge is hopeless? I will try to answer honestly for myself. Your reasons may differ, but it is my guess that if you were not keeping on, at least to some degree, you would not be reading this piece. Perhaps we are all fools, but let’s think about it.

“Optimism” sometimes refers to our judgments about the probable future. I have noted that kind of optimism. I cannot share it. I awakened to the problem in the late sixties of the last century. I wrote a little book in the summer of 1970, “Is It Too Late?” I thought then that the awakening that seemed to be taking place widely, the awakening that led Congress to pass significant legislation in the early seventies, during the Nixon administration, was genuinely promising. What was happening provided some objective basis for optimism. I did not think that avoiding disasters was probable, but I thought it was a realistic possibility.

However, much of the corporate world saw that the concern to protect the natural world would interfere with its capitalist exploitation. Of course, corporate media is little interested in being radical—that is, going to the roots of problems. So the language describing the problem changed. The concern to maintain a habitable planet for our descendants was described as an interest in environmental problems. These were clearly distinguished from human or social problems, which were depicted as far more pressing. The environment was listed as one of many concerns, and it was rarely near the top of the list. Very rarely was any policy seriously considered that would counter the primacy of economic goals. The aim at a sustainable society was changed by the first President Bush into the aim at sustainable growth. It may seem like a slight variation of emphasis, but it makes all the difference. Sadly, even environmentalists seemed to accept this dramatic inversion or at least to be resigned to its inevitability.

The educational establishment cooperated fully in the move. It already had “ecology” as a branch of biology. It was practitioners of this specialty who had awakened us in the sixties and given the name “the ecological crisis” to what was happening. Outsiders clamored for the universities to develop programs relevant to this crisis. Universities responded by developing ecology into a more elaborate program of “ecological studies.” But what required trans-disciplinary thinking on an ambitious scale far larger than even the Manhattan Project was turned into a value-free academic discipline. And in a PhD program in ecological studies it was very unlikely that one would learn that the goal of economic growth that dominated almost every nation’s policies, and was strongly supported in the university’s department of economics, was in direct opposition to preserving the natural ecologies one was studying. The university’s goal was to keep each specialty freed from the influence of others—and this goal was applied even to ecology,the very nature of which focuses on systems and processes that cross all the boundaries.

As a participant observer in this development, decade after decade, it was difficult to retain any optimism, in the sense of promising expectation. Step by step, doors to happy outcomes closed. That many species would become extinct was no longer a prediction about the future consequences of our actions. It was a description of what was happening. That topsoil was washing into the sea carrying with it poisons that destroyed fisheries was just one more fact. That deserts were growing, forest cover was shrinking, and aquifers were being depleted was just the world in which we lived. In one sense, everyone could see that this was unsustainable, but as long as the world supported our way of life, that did not seem very important to most people. One could point out that feeding the world was going to become more and more difficult, but we were told that right now we needed to exploit resources in order to meet needs, the most important of which were, of course, the need of the corporations, and especially the banks, to make an increasing profit—only in that way could the capitalist system function. And serious proposals of an Earth-based alternative were given little chance to surface.

If I sound somewhat bitter, it is because I am. But in spite of the fact that my expectation of the future became more and more dire, I have remained temperamentally something of an optimist. The temperament was probably formed from the womb and perhaps especially in the first year or two of life. No doubt I was loved unconditionally, and my needs and wants were attended to promptly. So very deep in my psyche there is an expectation of good things.

My personal life experience has of course had ups and downs, but basically it has been fortunate. Most relevant to retaining “optimistic attitudes” has been that I have found ways to do things whose results have seemed to be, however tiny, on the side of positive response to the frightening needs. I have known many others whose experience is similar. We feel that although we cannot prevent things from getting worse and worse, perhaps we can still make some difference in how bad they become. If (and more likely, when) all hell breaks loose, perhaps a remnant will survive, and perhaps we can increase its size and improve its chances. The optimistic temperament tends to make one attend to the positive elements of possibility rather than be preoccupied with the horrors that can no longer be avoided.

The widespread recognition of the climate crisis over the past few years renewed something of the spirit of the early seventies. As a result, I became a bit more optimistic that after all humanity will try to save itself. It is too late for much that would have been possible if we had not been misled by what in biblical terms are called “the principalities and powers,” but a person of optimistic temperament will focus on the fact that many people are now trying to change.

I am a Christian theist. That leads me to participate in what are called the “theological virtues.” They are faith, hope, and love. For me theism means that,in addition to all the good and bad forces that we encounter in the world, there is one reality that aims in every time and place to bring about what good is possible. Thinking about the universe as a whole, it is this reality that is the reason that our universe supports and expands life, as it has, and has brought beauty and love into being. The reality of this Spirit does not assure its success. That depends on how human beings respond. It is certainly not “all-powerful.” Today, on the planet it is losing ground. But we are not alone. We can participate in the work of the Cosmic Spirit, and that provides a hope that those who feel the whole burden of responsibility have trouble maintaining. I personally experience the Spirit in what I describe as “the call forward.” This changes moment by moment as the situation changes. I believe everyone experiences that call, but it may be that those of us who identify it with the Cosmic Spirit of life are encouraged to attend to it more intentionally. In any case, I try. I think of that trying as “faith” or, better, “faithfulness” to the creative urge of the universe. It moves me toward a life of love. It also gives me “hope,” or “hopefulness.”

For those of us fortunate enough to have an optimistic temperament, distinguishing optimism from hopefulness is not always easy. But it is important because optimism may fade while hope remains. What I am calling “hopefulness” is grounded in faith and faithfulness. It is because the Cosmic Spirit’s aim can be our aim, that we are never alone. The Cosmic Spirit seeks through us to save this little planet. It has no hands but our hands, as I sang as a boy, but it can direct those hands beyond simply our personal wisdom. That I cannot know what good consequences may follow from some act to which I feel called does not mean that none do. Hope is a kind of trust that we can be partners of a Spirit that guides us, and that can sometimes transform even our sins and failures into stepping stones to something positive.

This Spirit often works more powerfully in some who do not recognize it than in some who claim to have “faith.” But seeing it at work in the ordering of all nature and especially in life, and finding it within myself, is reassuring to me. And I believe it can be to others. In my case, however bad the situation becomes, however little can be salvaged, hope will not end. The Cosmic Spirit of life will continue. And I will keep on keeping on.