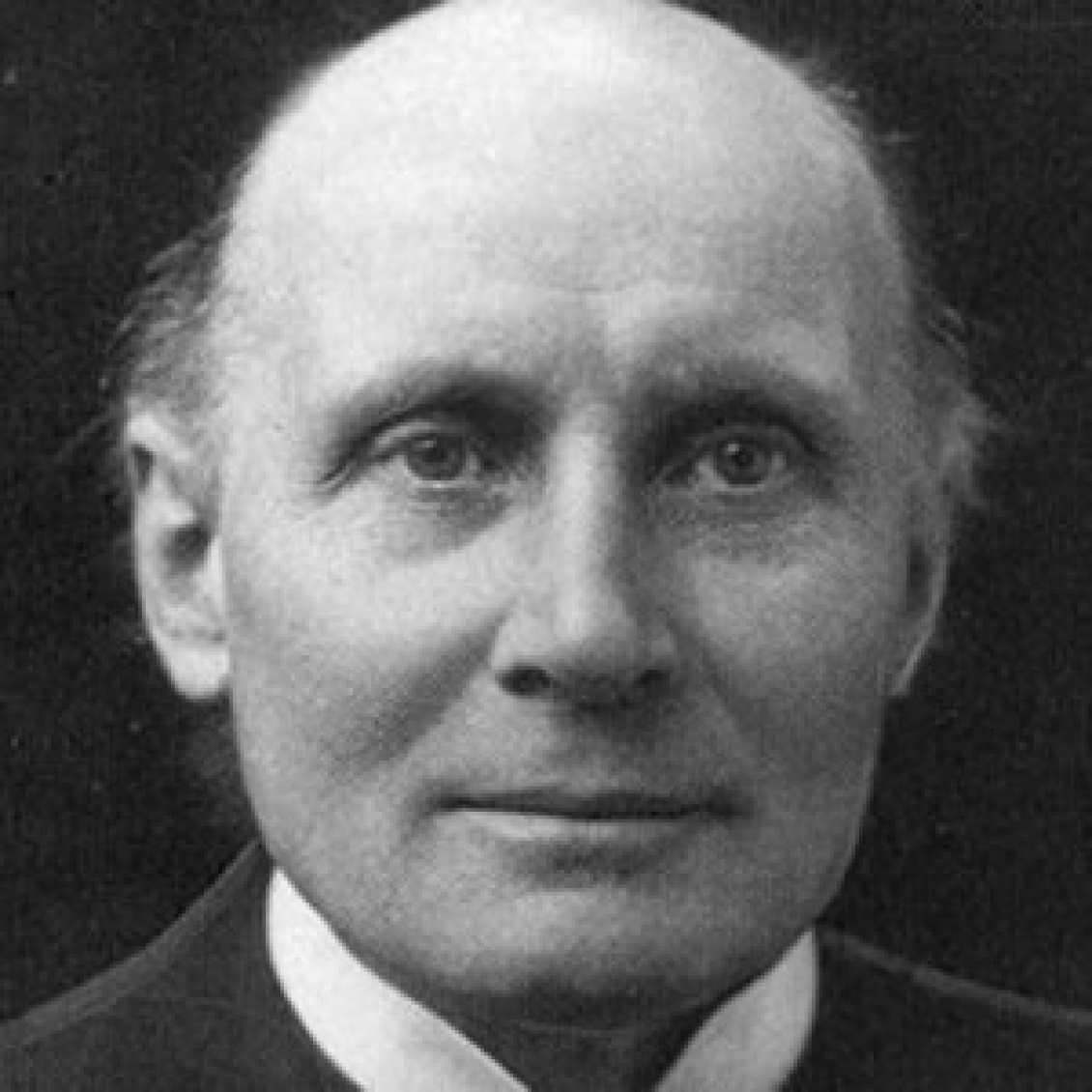 Most people suppose that philosophers discuss rather abstract questions with little practical application, and that choosing sides is more a matter of taste than of life orientation.  A great deal of academic philosophy does have that character today.  But the great tradition going back to the Greeks was quite different.  Philosophy shaped culture and even society.

Of course, we should never think of major developments as having a single cause.  For example, the rise of modern science in the late medieval and early modern period was influenced by technological progress, social changes, religious beliefs, political power, and personal ambition.  But without specific philosophical ideas, what we know as science would not have arisen or come to its dominant position.   Modern philosophy did not by itself cause modern science.  But it was necessary to it.  It is equally true that without the success of modern science, the ideas that supported it would have had a very limited role even in philosophy.

The new naturalism and the philosophy of organism

Today many agree that we need a “paradigm change.”  The “Seizing an Alternative” conference is about encouraging and implementing such a change.  It can be described as a change from a reductionistic to an interrelational world view, from mechanism to organism, from individualistic to ecological and communal thinking.  Whereas the old worldview chose the Strasbourg clock as its symbol, we are proposing an aspen grove, and have chosen the oldest and largest, Pando.  The figures that danced around the Strasbourg clock appeared lifelike, but were actually mechanical.  Pando appears to consist in separate trees, but in fact it is one living organism with a common root system.

In terms of what most people think of as philosophy, this shift in imagery and paradigm is something different, but it is philosophical all-the-same, even if it is not the topic of much contemporary philosophy.  In individuals and groups a change of paradigm can take place without explicit philosophy, but the result is likely to be vague and sometimes inconsistent with other beliefs.  Even a vague and inconsistent paradigm can win some local battles, but it loses the war against a fully articulated, well-entrenched one.  That is our situation today.  Thousands of programs and NGOs based on the new paradigm accomplish a great deal of good, but the nation, its economy, its foreign policy, its domestic policy, and its educational system follow the old paradigm with occasional cosmetic changes.  To survive, even those who do not agree have to accommodate to its pervasive dominance.  If there is to be a real change, the paradigm will need an articulation, clarification, and systematic development comparable to the achievements of the established one.  That is explicitly philosophical work.

Sadly, most philosophers in the current generation are busily at work within the contexts of the old paradigm.  Like teachers in all academic disciplines, professors of philosophy are under pressure to deal with issues defined as important by their guild rather than the issues that are humanly and globally important.  If we look for philosophical guidance with regard to the urgent issues of personal and social life, we usually have to look outside of contemporary philosophy departments.

The profound influence of Descartes

The question, then, is where to look.  A brief reflection on the intellectual development of the last few centuries will clarify my answer.  In the seventeenth-century Rene Descartes provided the basic pattern for modern Western thought.   There were uniquely human matters, to be discussed with full appreciation of human freedom and responsibility.  But the natural world is purely material and fundamentally mechanical in its nature.  It is to be discussed in entirely objective ways as itself only an object.

This model worked brilliantly in physics, and it controlled all the natural sciences.  On the purely theoretical level, Hume exposed its internal failures in the eighteenth century.  But Kant saved the day for the science based on this model by identifying Cartesian naturalism as offering the proper mode of all theoretical reasoning.  He persuaded late modernity that this is the only way the human mind can responsibly think about the world.  Kant distinguished from this theoretical work what he called “practical reasoning” that continues to treat human beings as free and responsible.  The great German universities organized themselves around the academic disciplines studying nature, on then one hand, and those study mind or spirit, on the other.  In the English-language world, we distinguished science from the humanities.

In the nineteenth century, this theoretical and practical arrangement was seriously challenged by Darwin.  If human beings are the product of evolution in just the same way as all other species of living things, then it seems that they should be studied in the same way.  On the other hand, many people thought that if human beings are entirely part of nature, then nature cannot be purely objective, purely material, and purely mechanical.  Nature should be rethought.

The rise of new thinking

Such an idea could occur without philosophical reflection, but it did arouse new thinking among philosophers.  For a generation or so, alternative philosophies were developed to describe a nature that included those who were thinking.   This new kind of philosophy was recognized as important, and it was widely discussed in departments of philosophy and in the culture generally.

Reviewing the literature, it would be hard to judge that the basic tenets of this philosophy were refuted.  However, in academia a defense of the established view of what science studied had greater prestige than proposals for change.  The academy closed ranks around its entrenched habits, and reflection about the new issues raised by evolution was marginalized.  Philosophers excluded such questions from their purview by developing more limited ideas of what philosophy should do.  The study of human beings was carried further and further by traditional scientific methods.  What Kant prized as practical reason was almost eliminated from university curricula.  Human freedom and responsibility were no longer taught.

Some of us have deeply regretted this victory of the seventeenth-century paradigm in academia.  We have tried to keep the issues alive and promote new paradigms of nature that respond to them.  We have been joined by humanists, eco-feminists, those influenced by South and East Asian religious traditions, a renewed interest in indigenous wisdom, and much of the environmental movement.  Scientists are discovering that the old paradigm does not fit their evidence.  The opportunity for paradigm change seems at hand.

The actual overthrow of the old paradigm, however, requires hard intellectual work, the work rightly associated with “philosophy.”  When we look for such work, we find that it was done better in the earlier generation before it was expelled from the university.  Alfred North Whitehead was a member of this generation of creative thinkers.

A new paradigm relevant to everything

But why choose him?  There are others whose names are better known.  Henri Bergson in France has left an important mark and legacy in literature and in the thought of Teilhard de Chardin, Thomas Berry, and now Mary Evelyn Tucker.  William James was read by millions in this country, and is still read in courses in American philosophy.  John Dewey had an enormous impact on education for at least a generation and was studied by thinkers in many fields.  Whitehead’s impact has been far less apparent than these.  So again, “Why Whitehead?”

Before answering, I want to stress that the “Seizing an Alternative” conference is about changes that would be favored by the whole movement represented by those I have named.  Each has distinctive and valuable contributions to make to the discussion as do many others.  If we call the whole movement “the new naturalism,” then we can say that the conference is dedicated to promoting the new naturalism more than any one representative.  Within that movement there are many divisions of opinion, and decisions among them are not made by selecting one thinker.  They need to be considered individually.  So, yet again, why Whitehead?

The answer is that Whitehead’s philosophy is the most comprehensive and inclusive, and it is unique in its grounding in mathematics and physics.  The great strength of the old paradigm lay in its connection with physics.  As long as the success of science gives this old paradigm unique prestige, the chances of more than superficial change are slight.  The only physicist to participate fully and broadly in development of the new naturalism was Alfred North Whitehead.

When physicists become interested in finding a paradigm that works for quantum theory, they continue to consider Whitehead quite seriously.  His is the only serious alternative to Einstein in relativity theory.  His philosophy offers some hope of contributing to the development of coherence between quantum and relativity theory.  In logic, the now cutting edge “category theory” has great resonance with Whitehead’s philosophy.

We might conclude from this that Whitehead is our man for physics, mathematics, and logic, while we should appeal to Bergson for biology, James for psychology, and Dewey for education.  But that fragmentation is not desired by any of the representatives of the new naturalism and would not meet our needs.  Fortunately, although Whitehead did not write as much about these other fields, he did show the applicability of his basic model.  It holds up well, and it supports, while also modifying the proposals of Bergson, James, and Dewey.  To choose Whitehead is not to reject them but to encompass them in a more coherent, but always changing, whole.

Whitehead developed his paradigm in such a way as to be relevant to everything, from quantum theory to education, from aesthetics to economics, from political theory to Buddhist and Christian thought.  His books on religion, on education, and on the history of science are quite accessible.  But the work on the paradigm itself became highly technical, and his magnum opus, Process and Reality, is very difficult.  Sadly, the difficulty of this book has put off many who are quite capable of understanding others of his writings.  And there are excellent introductions to his more technical ideas for those who are interested.  Whiteheadian thinking is not more difficult than other major options.

One can start with Whitehead and go a long way with him.  But of course to seize the alternative that Whitehead developed most fully is not to follow him slavishly or limit oneself to his thought.  It is often to be reassured that the models with which one is already working can be trusted and can be united with the often somewhat different models with which others are working in the same direction.  We can be reassured that the movement of which we are part has firm, and well-developed, foundations.   Accordingly, we unabashedly urge:  Seize this alternative.  It’s our best chance to save the world.