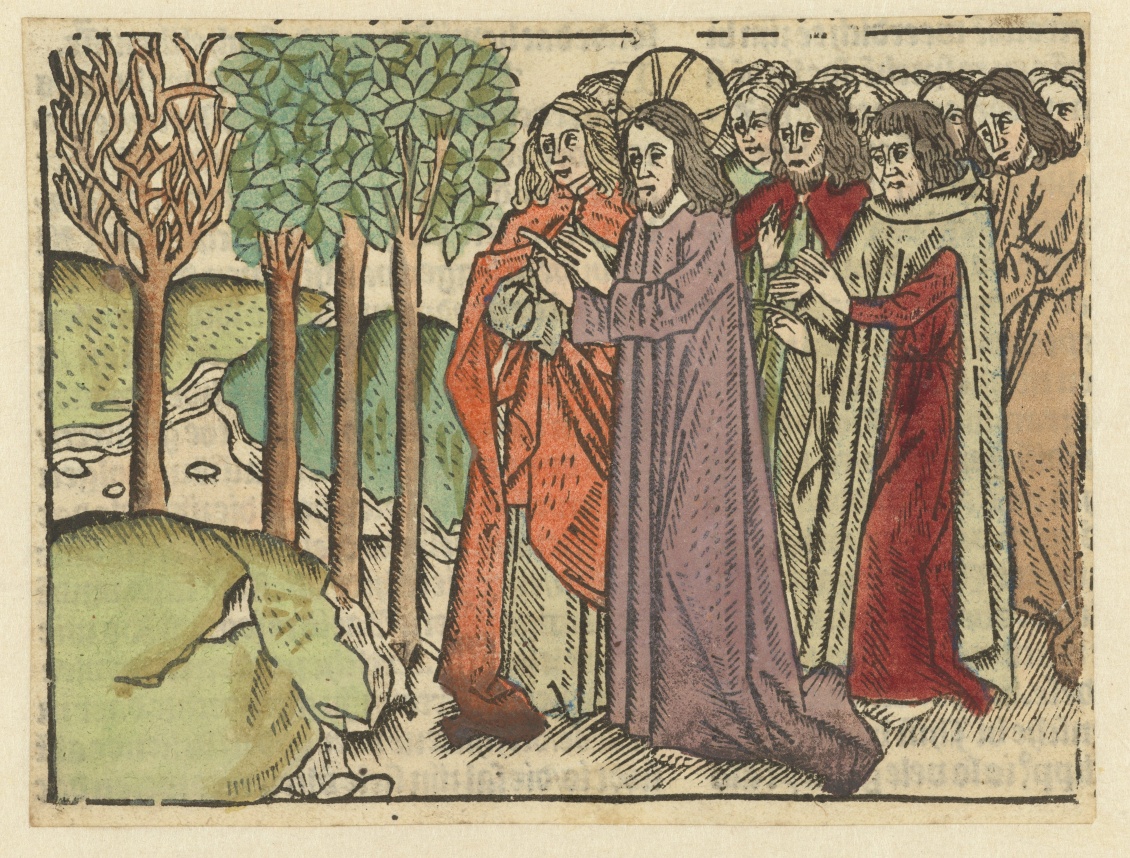 Editor’s note: TIME recently revisited its famous 1966 cover announcing the death of God. For Pando Populus founder John Cobb Jr., that God very much deserved to die. In his new book, Professor Cobb describes instead a God who “cares much more about the future of the world than about who believes in him and who does not.” In this piece, Professor Cobb ties together the TIME cover, his own personal connection to that reference, ecological civilization, and his current work.

Fifty years ago TIME Magazine published an issue with no picture on its cover. Instead there were just three words: “Is God Dead?” In those days theology could still be a subject of public discussion, and the hot topic then was the “death of God” theology. Time dealt with this topic with some sophistication.

The idea of God dying was already introduced by Friedrich Nietzsche toward the end of the nineteenth century. He did not mean, of course, that an actually living divine being had literally died. He was speaking of what Germans call the Zeitgeist, the spirit of the age. Hegel had given great prominence to this, showing how it developed in history and shaped history. For those who stand in this tradition, there is no appeal beyond the Zeitgeist. The Zeitgeist is understood to be the best thinking possible at any given time.

Nietzsche saw that, although most people still talked about God and thought and acted as if nothing had happened, in fact whatever belief people had in God no longer shaped their basic convictions or the way they understood what was happening. The most perceptive poets and artists and philosophers saw this, and saw that what influence belief still had was fading. Nietzsche understood that this was not a minor matter, that Western civilization was abandoning its foundation and setting itself adrift.

The deepest thinker among the death-of-God theologians was Tom Altizer. His assertion that God had died was not original. But prior to Altizer, theologians, almost by definition, sought to stem the tide of atheism. Altizer’s originality was to claim the death of God as the new gospel. One of his book titles is “The Gospel of Christian Atheism.”

“Geist” means “Spirit” and Altizer holds that we Christians should recognize this Spirit as the Holy Spirit. It is the Holy Spirit, which is also the Spirit of Christ, who has liberated us from belief in God. That belief had become oppressive. “God” has been identified with the “Almighty,” and increasingly the idea that everything that happens occurs because of God’s will turns God into the devil. Consider the meaning of “an act of God” in our insurance policies. The call to believe in God and trust God has become “bad news,” whereas the Gospel is, by definition, “good news.”

Altizer and I were classmates at Chicago and were colleagues at Emory University when his ideas were culturally influential. We have remained friends. I admire him greatly as a thinker and as a person. Of course, his thought is far richer and more complex than my paragraphs suggest and very different from the way many understood him. Sadly the piece in the latest issue of Time, recalling its earlier perceptive treatment of the topic, expresses total misunderstanding. It supposes that the death of God can be affirmed or contradicted by taking a poll of who says they believe and who does not.

A better indicator would be the role of God in the contemporary American university, in which anyone who thinks that “God” might be introduced as an explanatory element in the account of what happens in nature or history would not be allowed to speak. A still more relevant evaluation of Altizer would focus on whether the resultant value-free university is “good news.” But the real test would require that we decide who are the most perceptive thinkers of our time and ask what they are saying. Assuming that God has disappeared from their thought, are they able to articulate that absence as good news?

Much as I admire Altizer, I disagree with him in a basic way. I think we can identify mistakes made in Christian history that turned the New Testament picture of God into a monster. I think that we can correct these mistakes and enable believers to experience God as truly the “giver of all good gifts,” rather than the cause of destruction and suffering. We can know God as liberator rather than controller.

I share with Altizer the strong sense that the Zeitgeist changes. I think my job as a Christian theologian is to challenge the assumptions of the modern Zeitgeist, in which, I fully agree, God has died. This Zeitgeist has from the first been dualistic and anthropocentric. In its inception, nature died, replaced by a complex machine. Fifty years ago, virtually all philosophy and theology, indeed, virtually all Western culture was dualistic and anthropocentric, so that we hardly noticed this fact. Shortly afterward the ecological crisis forced us to recognize how wrong we had all been. To me, this confirmed that the Geist of the modern Zeitgeist is not a guide we should follow.

I have just published a book entitled “Jesus’ Abba: the God who has not Failed.” “Abba” is baby talk for “father.” In Aramaic, the language Jesus spoke, that is the only word for father. The baby’s “abba” does not moralize, or judge, or make demands. “Abba” suggests unconditional acceptance and love as well as hope and action for the happiness and goodness of the child. I show how, in later generations, Jesus’ understanding of God was overlaid by ideas of God as even more powerful than the emperor, indeed as controlling everything and, therefore, as responsible for all the terrible events that make up so much of our history. I argue that if we overcome the reductionist, mechanistic, objectivist assumptions of the whole modern Zeitgeist, we will find plenty of reasons to believe both that nature is very much alive and that Jesus’ Abba pervades it and is with us still.

I deeply rejoice that through Pope Francis, as through the medieval saint whose name he took, the Abba of Jesus at least partly reappears.